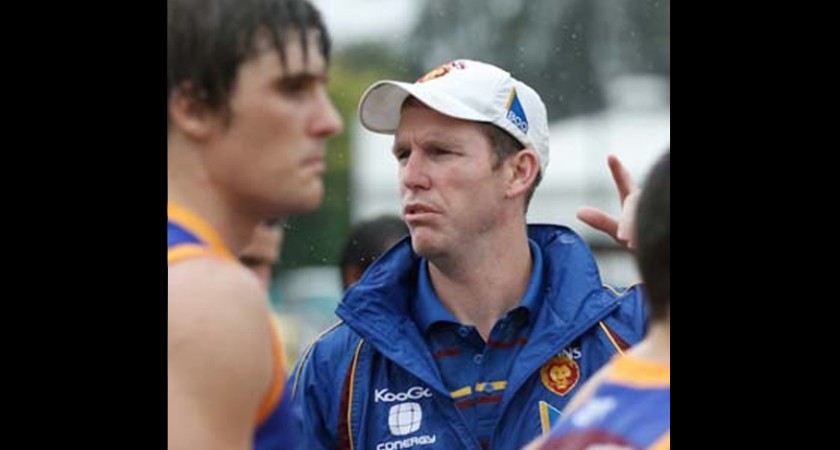 The Western Magpies have appointed Nathan Clarke as senior coach for the rest of 2016, following the resignation of Glenn Humphrey this week.

The appointment, effective immediately, was announced to the playing group before training on Tuesday night.

Clarke, a Brisbane Lions player from 2000-2002, has an extensive coaching resume.

He was a playing-coach at Eastlake in Canberra for six seasons, was the Brisbane Lions Academy Coach, Reserves Head Coach, and Player Development Manager, as well as more recently assistant-coaching with Aspley in the NEAFL.

The Magpies’ nest is not unknown to Clarke, who has spent the last 18-months in a leadership consultation role with the club.

Western Magpies Director of Football, Peter McClennan, said he was relieved to be able to replace Humphrey with a suitable candidate.

“With the resignation of Glenn Humphrey, we are pleased to be able to continue working with Nathan Clarke, and transform his role from leadership coach to the head coach for the remainder of 2016,” McClennan said.

“We had a meeting with all the playing group last night to communicate the change, and after that it was business as usual.

“Training happened as normal, with Nathan in charge, and it’s down to business ready for our game this week against University.

“The players were very comfortable, because they know of Nathan, and there’s not a huge amount of change in what they have been doing.”

He also thanked Glenn Humphrey for his time in the role.

“We have been very pleased with the contribution of Glenn with out program since he began. He took us from winning five games to 15, and we all feel his leadership has been very good for our club, and we wish him all the best,” he said.

Clarke’s first game in charge will be this Saturday, when the Western Magpies take on UQ at Field 9 from 2:00pm.