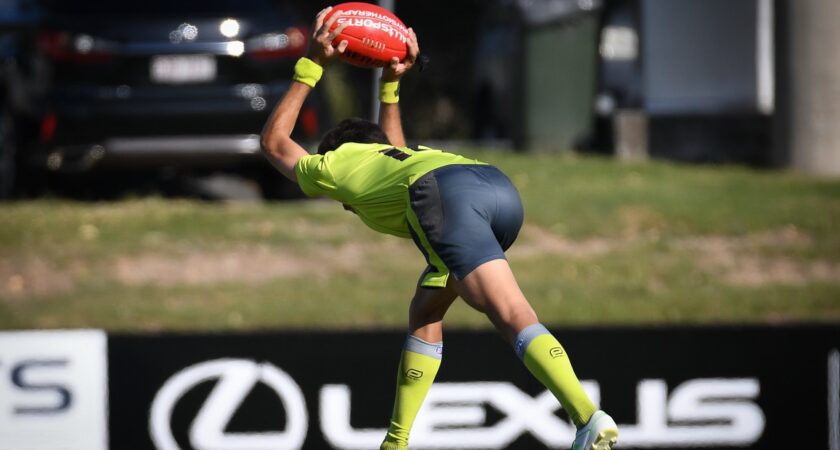 Round Seven of the 2021 Toyota AFL Premiership Season celebrates Community Umpiring Week with the aim to encourage people to get involved in umpiring Australian Football at the community level.

To mark Community Umpiring Week in Queensland we’re shining a light on some of our local umpires! 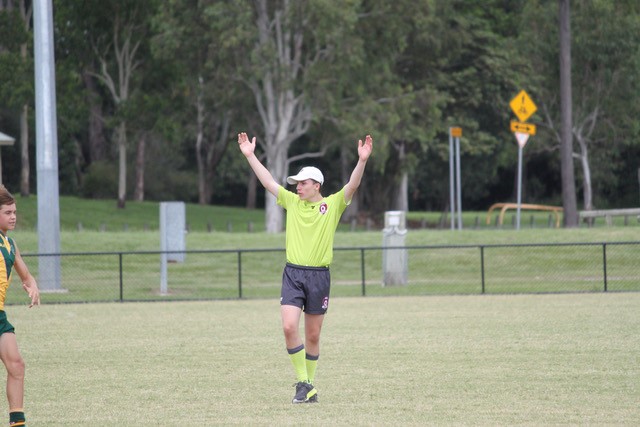 “I’ve been around footy my whole life.   I was given an AFL ball and onesie when I was born and pretty much have had a ball in my hand since.  I started playing at Kedron in 2010 when I was 6 and now at 16 still playing,  love being part of the club and the game.   I began my umpiring journey as a club umpire at Kedron in 2018 and found I enjoyed it so the next year I became part of the AFLBJ umpiring team.  I love being around anything to do with footy.   Umpiring is fun, helps my fitness and gives me money to buy more Brisbane Lions merch!” 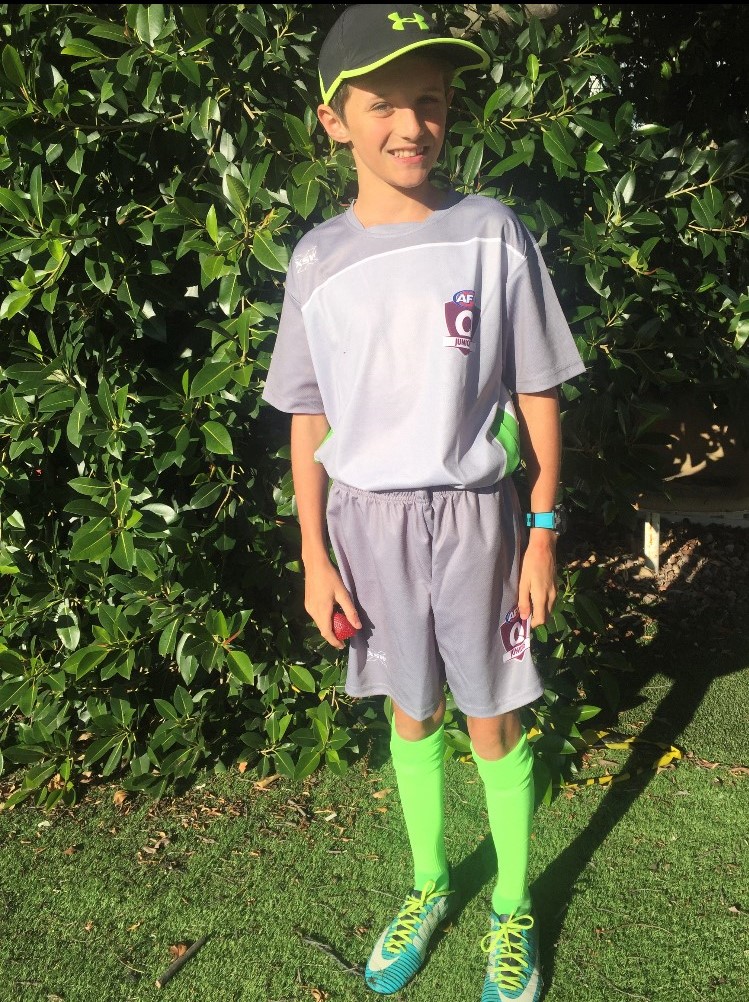 “I have just started my second season of club umpiring and it’s a lot of fun.  I really love encouraging younger kids to get into the game and enjoy football. It is a nice feeling when the kids get to know you, and they get excited when they see you will be umpiring their games. I am glad I decided to become a club umpire and thank Kedron for giving me this opportunity.” 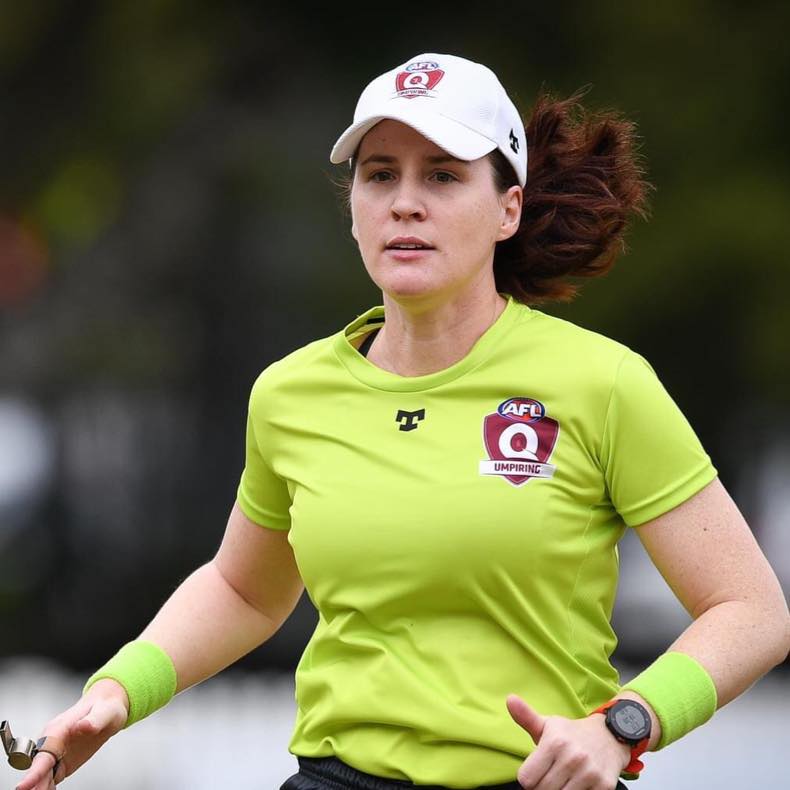 Leona is an ex Netball umpire who debuted in QAFL Seniors in the Alpha Sports Pre Season fixtures. She joined the High-Performance Umpires in 2021 and is a mother of two. 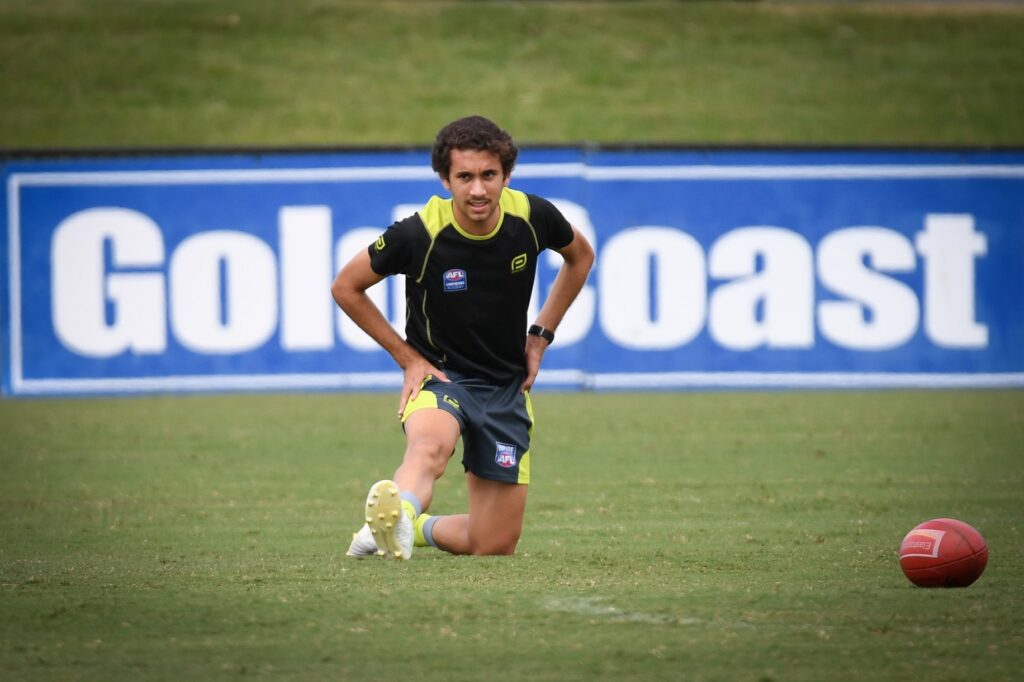 Sam Whetton made his AFL Women’s debut in March after two solid seasons in the NEAFL and QAFL. He has officiated two QAFL Grand Finals, represented Queensland at the 2019 National Championships, and was selected to the Victorian Football League (VFL) panel. In 2019, Sam received the NEAFL/QAFL Golden Whistle Award.

Sam was recruited into the State Umpire Academy from Aspley AFC after being a junior umpire at the Hornets. 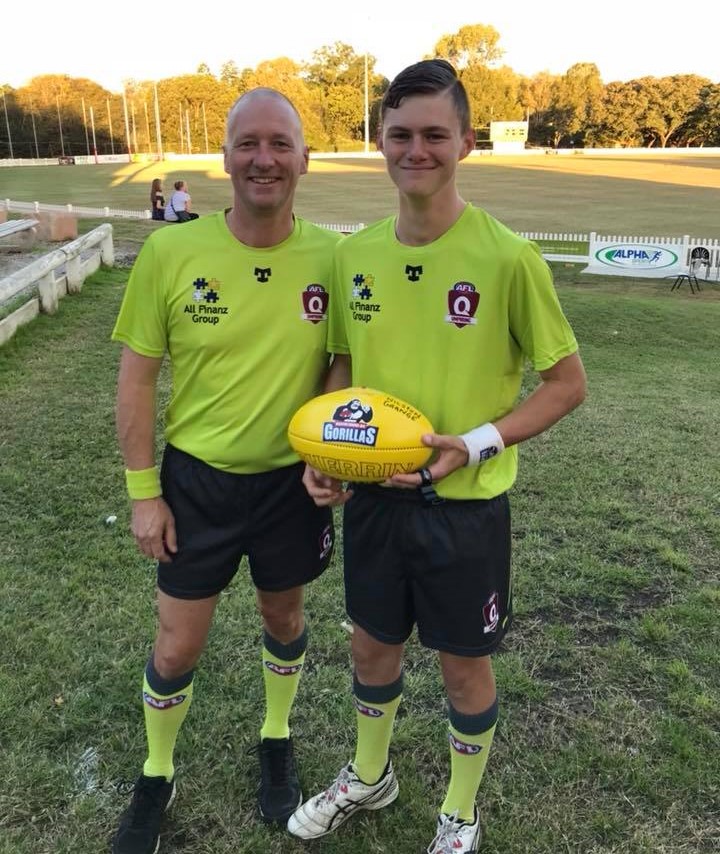 Garry is a 2020 NEAFL boundary umpire and a High-Performance finals umpire. 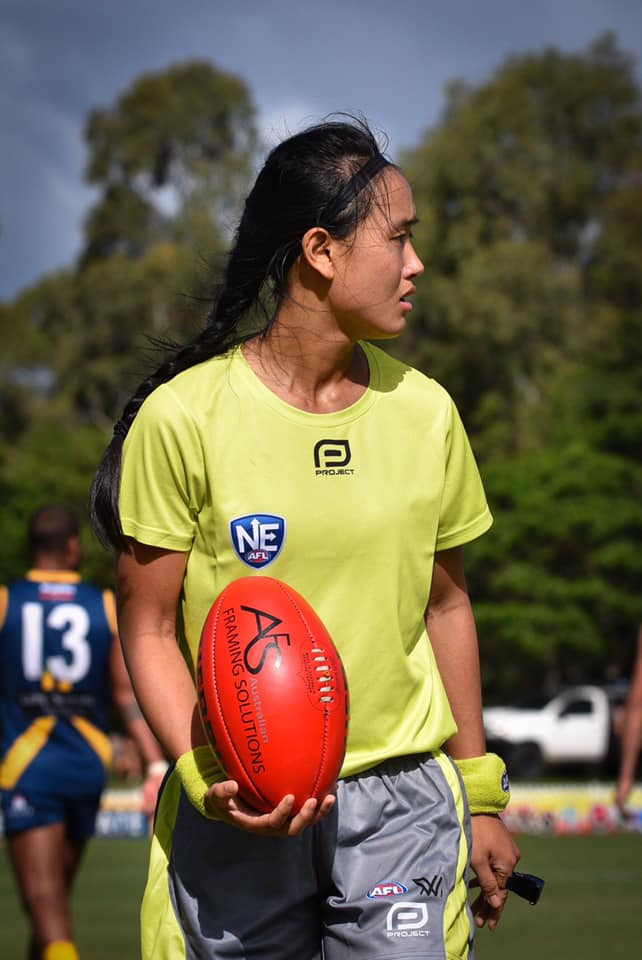 An AFLW and VFL Boundary umpire. Madeleine will represent Queensland at the U17 National Championships on the Gold Coast. In 2019, she umpired alongside Luca Biogni in the first ever AFL Nauru Women’s Grand Final between Boe Lions and Carlton Blues. 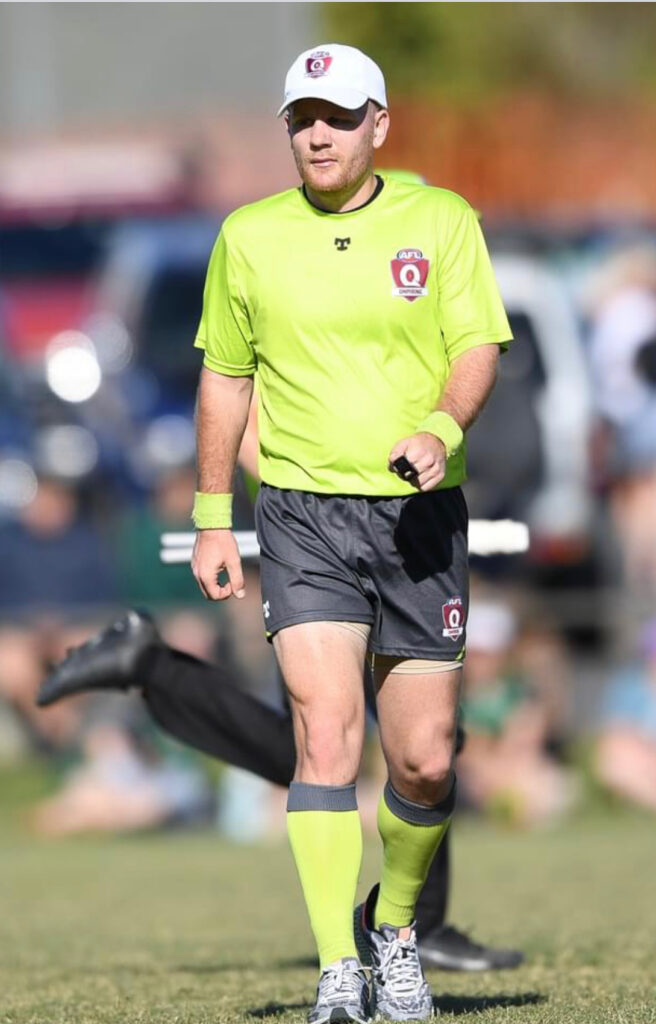 “Being an umpire keeps me fit and a part of the game. The reason I became an umpire is because I enjoy football. To those that want to become umpires, I encourage you to have a go because it will keep you fit and help build great friendships.” 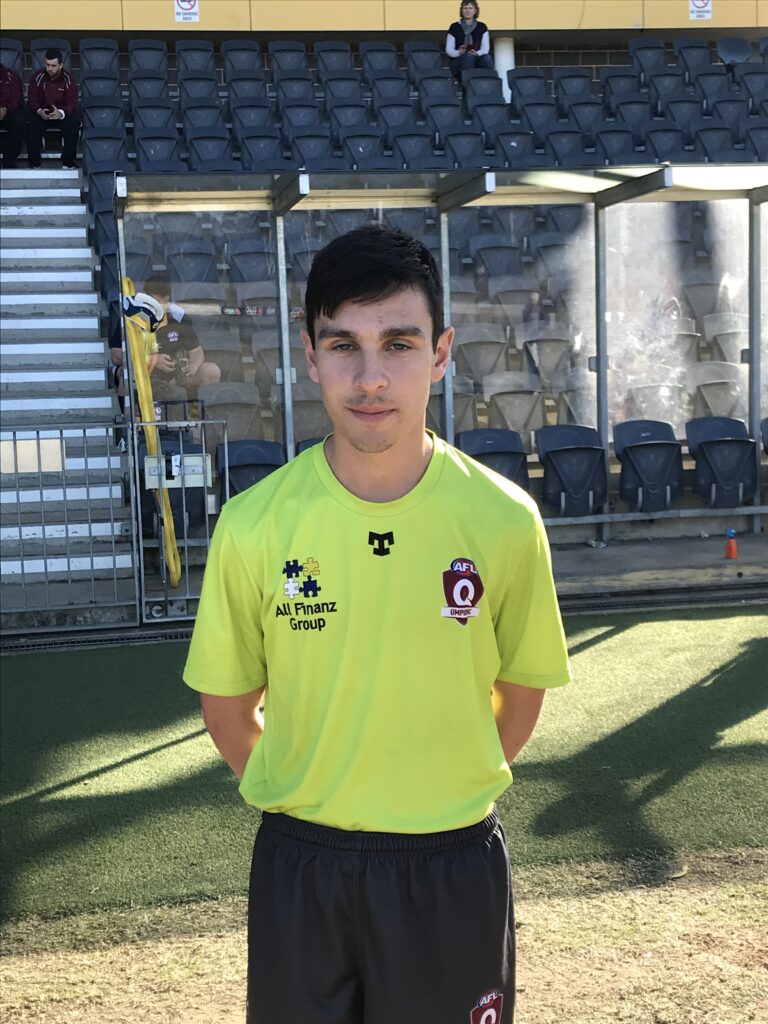 “I was inspired to become an umpire by my father, who is still currently an umpire. I enjoy running and being a part of the football community, so it’s a perfect match!! I enjoy the comradeship and the support I can give and receive. My message to any other aspiring umpires would be that umpiring has given me an Identity and direction for life.  In spite of my shortcomings and disabilities, I am still a valued member of my local community.  Give it a go and see where it can take you.  I have always been taught to aim for the universe and I may land on a star.  Be adventurous! “ 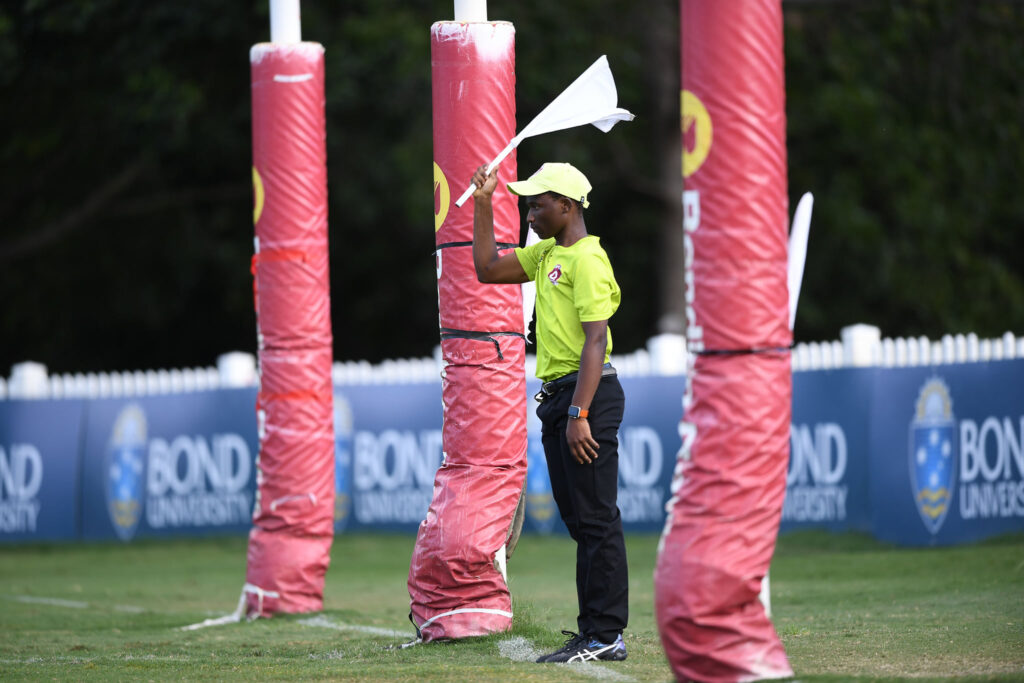 Elize Mwundu is a graduate from the 2019 Diversity Umpire Program and is now continuing to umpire club football.

“I wanted to learn a new game while also making some extra income. I quickly fell in love with umpiring and started to feel very welcomed by the community. In 2020 I became a part of the state academy and got my first QAFL Reserve appointment since then I have gone on to umpire several senior games. Umpiring is a great way to get fit, make new friends and learn a new sport.”

To get involved visit https://umpire.afl