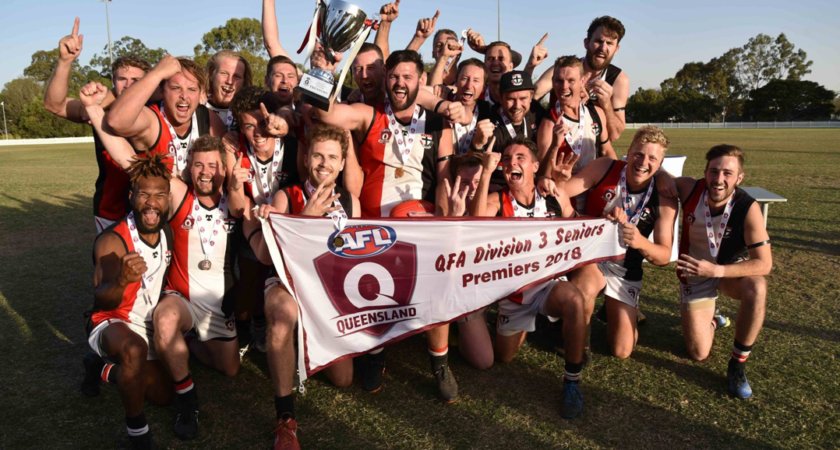 The Carrara Saints have created history by claiming the side’s first ever senior premiership in the QFA Division 3 Grand Final with an emphatic 35-point win over Ipswich.

The Saints overcame a second quarter comeback from the Eagles to win the premiership on the back of nine goals from sharpshooter Ash Templar, who booted nine goals in the 15.14 (104) to 10.9 (69) victory.

Having crossed over from Victoria Point in the offseason, where he too guided the Sharks to their maiden premiership again over the Eagles, Templar was unrivalled inside 50 as he kicked the Saints to victory.

Templar won the best on ground medal after his starring role in establishing Carrara’s footing in the game, and then standing up once again to seal the victory.

“I think I’m just relieved. I’m so happy for the club. This is about the club,” Carrara head coach Nicholas Pearson told aflq.com.au after the landmark win.

“[Not having a premiership] was the difference between us and the club down the road.”

“We have Bond University down the road and Coomera and Robina too and they all have cups in their cabinet. Now, we have something.”

“It’s taken a long time for this to happen. We’re just really proud.” 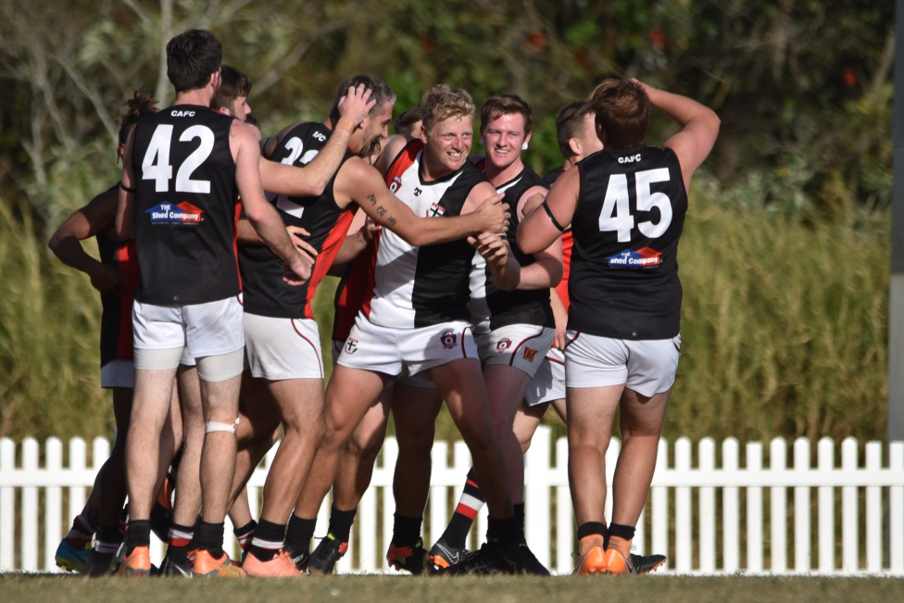 After winning the first clearance of the game, Carrara dominated possession and held the ball well inside their half yet could only muster four behinds and an out of bounds on the full to show for it.

Ipswich, who were out to relinquish the memories of last year’s Grand Final loss to Victoria Point a year ago, struggled to clear the halfway point in the opening half of the term.

The Eagles soon found their groove and mounted several scoring opportunities of their own, yet not even they could hit the scoreboard.

The two teams traded goals for the remainder of the term through Saints pair Lachy Davis and Templar and Eagles duo Keith Brick and John Kennedy.

The Eagles’ quarter time deficit was quickly diminished as Ipswich launched a blitzkrieg to start the second term as the side booted three majors to take the lead.

But just like he did in the opening stanza, Ash Templar shouldered the load for the Saints inside 50 and kicked three goals to round out the term and bring up his season tally to 100 before the main break.

Carrara emerged after half time as the more dominant side and they quickly made the Eagles pay on the scoreboard through Kyle Powe and soon added another through Templar – his sixth for the day.

Sam Baker and Templar added further pain to the Eagles’ afternoon and extended the deficit to 36-points at three quarter time.

With a firm buffer in place, the Saints didn’t relent their attack and added another immediately in the final term to all but seal the game before Ipswich gained some momentum back through Brick’s third of the day – ensuring the Gold Coast side would be heading down the M1, with the club’s first ever senior premiership.

“It’s amazing. It’s unbelievable. At the start of the year, we kinda threw the tent together and there’s no way in the world I thought we’d get this far,” Templar told aflq.com.au.

“I just feel that everyone one in the team are mates. There’s no egos in the team; no individuals. We’re a team.”

“The whole motivation in the lead up during the week was to make history with the blokes that have played at this club since they were five years old, and to do this with them is unbelievable.”