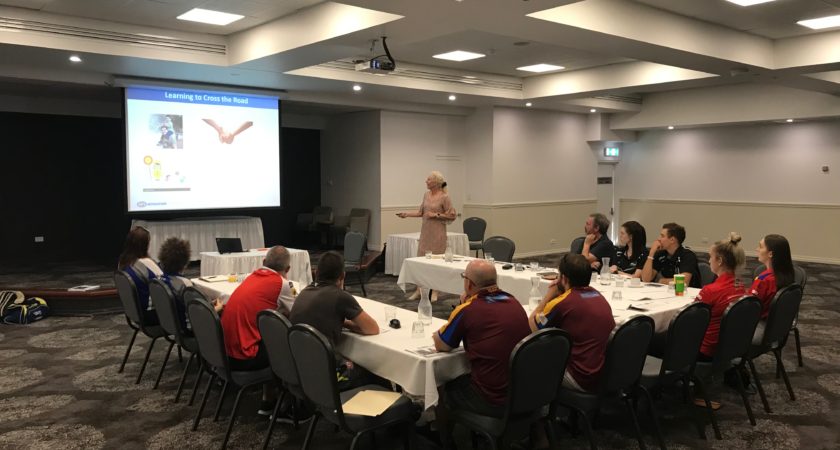 AFL Queensland’s continued commitment to women’s football will increase once again as a new Youth Girls competition is introduced in the Capricornia region.

In attendance, a plethora of the region’s female clubs who participated in a round table discussion to gather feedback about the implementation of Youth Girls football in the region.

Newman said the forum gave a platform to give feedback and allow everyone, from clubs to the league body, to be on the same page.

“The forum demonstrates the commitment AFL Capricornia have to continuous improvement of women’s football,” Newman said.

“All clubs present at the forum were proactive in their thinking and demonstrated a willingness to see female participation thieve by identifying the barriers that may hinder their involvement.”

Female participation in the state continues to flourish and grew by 18.85% across the last 12 months.

AFL Capricornia competition manager Brad Matheson was pleased by the support he received from the clubs regarding the introduction of the Youth Girls competition.

“It was really great to have the full support of all the clubs,” Matheson said.

“We stressed that for the Youth Girls competition to succeed, it needed to be driven by the clubs and they could see the benefits of it offered.”