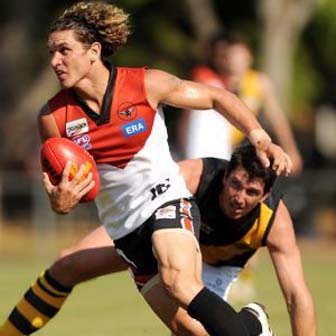 The Thunder’s inaugural skipper stepped down from the role in January after two years at the helm, citing the club’s need for a fresh face.

Cameron Ilett, 26, was named in Queensland’s 2010 Team of the Year and was the Zane Taylor Medal runner-up for Queensland’s best player against Tasmania in a representative match played last June.

The midfielder also took out the QAFL’s Syd Guilford Trophy for the league’s best player last season as determined by independent observers.

Last year, he played in every match for the Territory and topped the disposal count, while finishing second to Darren Ewing on the goalkicking table.

Vice-captain Shannon Rusca put an end to speculation and recently re-signed with the club.

The 30-year-old defender is part of a experienced backline of former AFL players, including Cameron Roberts, Jason Roe and Andrew McLeod.

That trio will turn out for the first time together against Morningside in the Foxtel Cup at AAMI Stadium on Saturday.