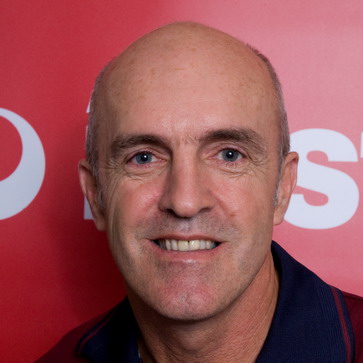 AFL talent guru Mark Browning has tipped an increased flow of Queenslanders into the AFL via the new Lions and Suns Academies.

The Brisbane Lions and the Gold Coast Suns stand to gain three drafted players each year from the Queensland development pathway within two years, according to the man at the helm of the pathway.

His comments come in the latter stages of a 2011 AFL season in which there have been a record 14 Queenslanders make their AFL debut, and ahead of the second Q-Clash between the Lions and the Suns at the Gabba on Saturday night.

This figure represents 12% of the total number of 2011 AFL debutants this year, and puts Queensland a clear fourth on the production line behind Victoria, South Australia and Western Australia, and ahead of Tasmania, NSW/ACT, NT and Ireland.

Browning says he is “tremendously excited” by the anticipated productivity of the new Lions and Suns Academy program in which each club has about 200 players aged 11-18 working under the direction of the two Queensland AFL clubs.

From 2013 the Lions and the Suns will have first call on each of the Queensland products, split according to the regions assigned to each club.

This will kick in after the end of the Gold Coast’s introductory state-wide call on up to five Queenslanders that has applied in 2009-10 and will apply in 2011-12.
From the 2013 draft onwards, the Lions have the Brisbane and surrounding areas, including Toowoomba and the Sunshine Coast, and the area as far north as Bundaberg, while the Gold Coast have the tourist strip, the northern rivers area of NSW and central and north Queensland.

The priority access will operate under a bidding system similar to the AFL’s Father/Son rule whereby, if the Lions or Suns wish to sign a product of their academy program, they will be required to pay in terms of draft picks a price that is effectively set by the market under a bidding system.

“It is totally reasonable to think that, with the talent that is available and the work that is being put into them, each club might get three draftees each year from the Academy program,” said Browning, who has overseen the Queensland AFL pathway since 1996

“The big thing is that under the Academy program Queenslanders will have the opportunity to stay at home and still follow their football dream at the elite level,” Browning said.

“The last time we had this opportunity was back in 1999 when Jamie Charman joined the Lions as a Queensland zone priority selection.

“And to think that from here on we will have a lot of Jamie Charmans playing for their home teams is fantastic and is a big part of what our development program is all about.”

A further 29 of the 53 Queenslanders on the playing lists of AFL clubs are based outside Queensland.

“In time we’d like to see an increased proportion of homegrown talent playing with the Lions and the Suns and we understand that the clubs have a similar focus,” said Browning.

“There’s already something special about the Q-Clash and the rivalry between the two Queensland clubs, and we look forward to seeing more and more Queenslanders exhibiting their skills on what will always be a big stage.”

This year has seen a strong country flavor among the Queensland debutants, with Smith from Rockhampton, Dixon and Liddy from Cairns, Keeffe from Gympie, Magin from the Sunshine Coast, and Lock, Wilkinson, Beams, McCauley, Retzlaff and Mulligan from the Gold Coast.