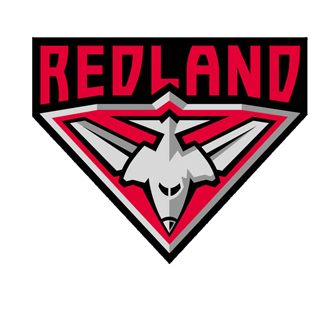 Redland achieved just what they wanted with a percentage-boosting 102-point win over the Western Magpies today.

Redland did just what was required to get their percentage up to a reasonable level with a 102-point thumping of the Western Magpies today to stay snapping at the heels of Mt Gravatt and the NT Thunder.

The Bombers took their percentage to 105.53%, a full 7% ahead of Mt Gravatt and 11% more than Broadbeach, although they still trail the Thunder.

“The boys were terrific, they carried on their form from the second half from last week,” said Redland coach Matty Francis. “I’m extremely pleased.”

The only frustration for Francis was some wasted opportunities in front of goal, with the Bombers booting 6.10 in a dominant opening term and 6.7 in the last quarter.

“The wind was blowing across the face of goal but it didn’t change direction, so we probably should have coped a bit better,” Francis said.

“There was also some good pressure by the Magpies, they didn’t make it easy for us.”

However, there was no repeat of the first round clash between the two sides when the Magpies threatened an upset victory late in the game.

They were 31 points behind at the first break and 68 points down at halftime, the only bright spot being a determined third quarter where they matched the Bombers 3.2 apiece.

“I’m happy that we’re still improving – it’s not as if we have reached our full potential yet,” Francis said of the victory.

The Bombers did all the damage without their best player of the last fortnight, Scott Clouston, who went on holiday to Vietnam.

In his place, little goalsneak Ben Weightman popped up with five goals and Daniel Dzufer and Jamie Hackett both bagged four.

Hackett has added a real spark to the Redland midfield in recent weeks and he vied with skipper Phil Carse for best afield honours.

Carse was simply unstoppable as he won the ball at will all over the ground and led from the front.

He and the midfielders were given an armchair ride by Jason Paxman, who dominated the tap-outs.

Will Overs frustrated the Magpies with a dominant display at full-back, while Francis was delighted with the contribution of his under 18 contingent.

It was another disappointing day at the office for the Magpies, who again were soundly beaten in the midfield.

The bright spots were the continued good showings of Callum Carseldine and Conrad Hudghton, while Chris Hunt also battled hard against the odds.