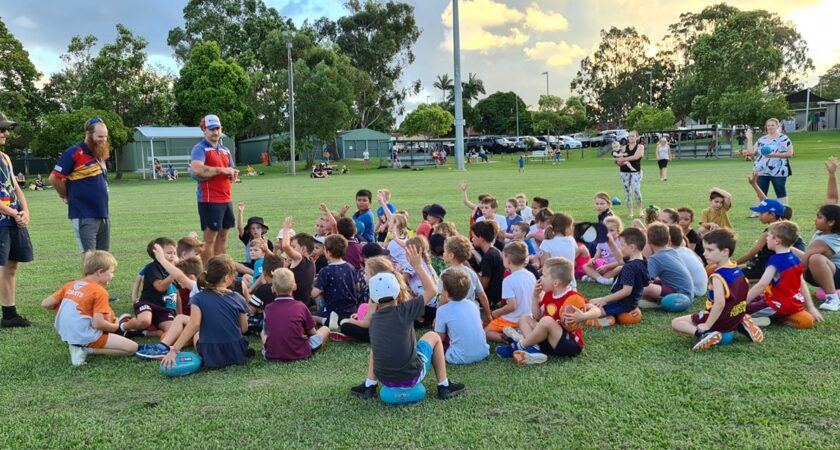 Phil is in his sixth year as an Auskick Coordinator and is doing an amazing job at the Crows ensuring his Auskickers are enjoying themselves and learning about Aussie Rules! Thanks for all your hard work!

How many years in NAB AFL Auskick/Club?

“My crows footy journey began 19 years ago as an Auskicker when the program was being run at my primary school.  From there I went onto became one of the inaugural players of the  Narangba Australian Football Club after it was established in 2003 and here I played all of my junior and youth football.  Since then I have been an active member of the club as a player, assistant coach, Auskick Co-Ordinator, Senior Vice President and in 2021 became the club’s President. In 2015 I received the President’s award and was also bestowed life membership to the club in 2019.”

Why did you get involved in NAB AFL Auskick?

“The club was in need of a volunteer coordinator and my mum nominated me for the position.  I have been the NAB AFL Auskick co-ordinator now for 6 years.”

“Having begun my footy journey as an Auskicker I find the idea of being able to teach some basic footy skills to the next generation exciting, even if I had no idea how to run a program or having any young kids of my own.”

“The support from AFL during my years as co-ordinator has been terrific and very helpful.”

What is your favourite thing about NAB AFL Auskick?

“What I love about NAB AFL Auskick is seeing kids out on the footy field away from screens having fun, giving it their best and learning new skills. “

“I also feel privileged to think that I maybe playing a small part in them finding a love of Aussie Rules the way I did when I was their age.”