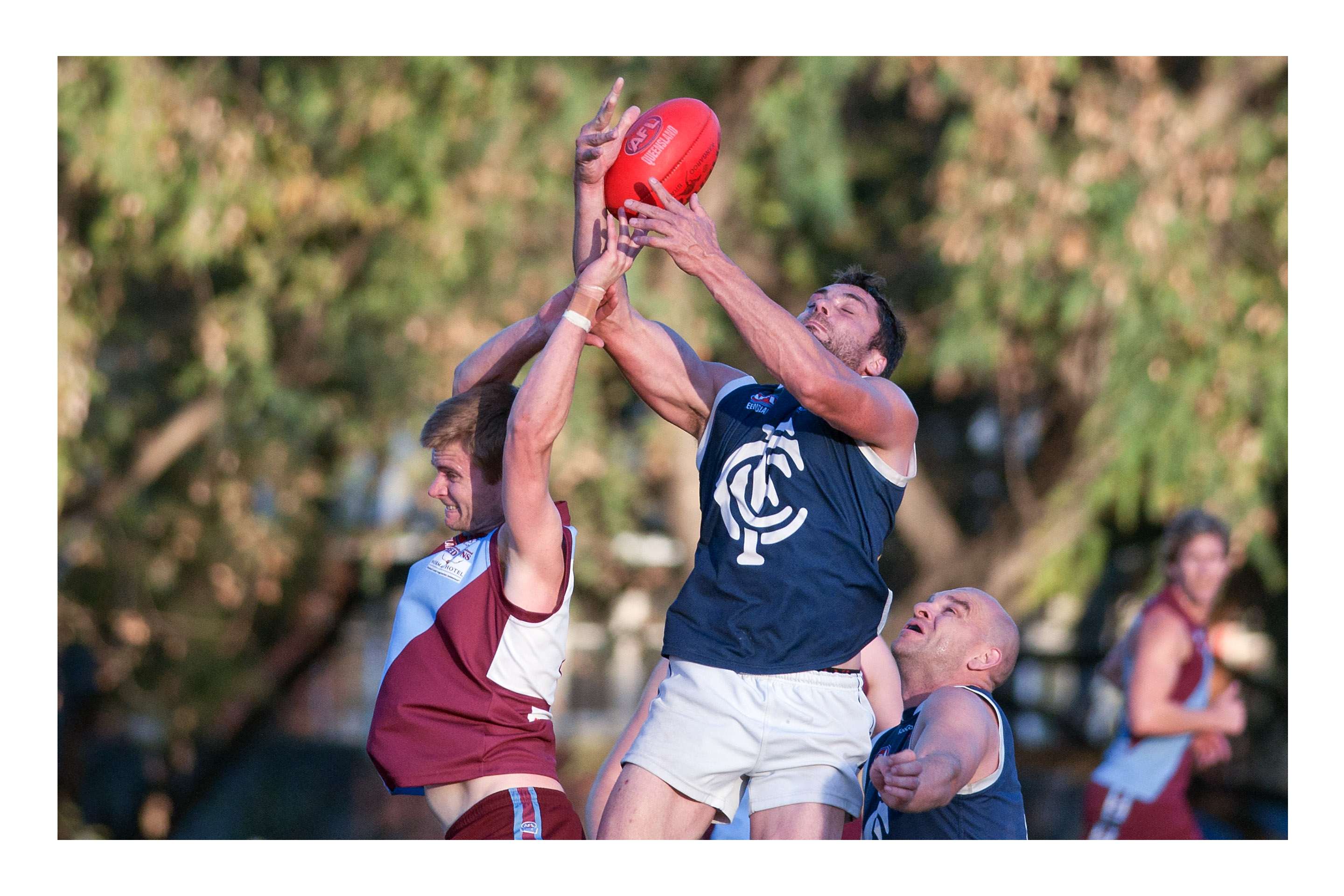 The two form teams of the competition will meet this weekend at O’Callaghan Park to battle it out for the State Association Division One premiership. Coorparoo won through to meet the Red Lions in the Grand Final after beating Caloundra by 32 points last week.

The victory didn’t come quite as easily as the margin says, with the Panthers leading the contest for much of the first half. Wayward kicking by Coorparoo kept Caloundra in the game, as the Kings went into half time with a 4.9 return on the scoreboard. The second half painted exactly the same picture as the goals/behinds differential ended up being 8.18 for the day. Fortunately for Coorparoo the backline and midfield were superb, creating plenty of pressure across the ground and allowing Caloundra only one goal in the second half.
With UQ having the week off after winning their spot in the Grand Final two weeks ago, plenty will be said about the complacency that sometimes comes with not playing the week before the biggest game of the year. The Red Lions will be out to prove this theory wrong and repeat the results they recorded against Coorparoo throughout the year. Only two weeks ago UQ beat the Kings by 9 points and that is sure to be fresh in the minds of both teams.

Coorparoo will draw from their experience in the losing Grand Final last year and many of the players who took part in that loss to Caloundra will be going around again on Saturday. There is no doubting the Kings ability to match up against UQ, and this is one of the big advantages they have heading into the Grand Final. After the loss of Shane Morrison mid-year, Coorparoo have failed to find a key forward replacement to fill his boots. The forward line has managed to share the workload and chip in a few goals each, but it will be a big plus if one of the Coorparoo forwards can step up and kick a bag on the day.

UQ are one of the few teams to have winners around the park. From their defensive line to full forward, the Red Lions have strangled the life out of everyone they have faced this year. Coorparoo, however, are the one side who they haven’t been able to shrug off. Although they have recorded 2 wins and a draw against the Kings this season, they haven’t been as imposing in those matches as they have against the other top sides. There will be some key matchups on the day that will dictate the result of this game but UQ deserve to go into the match as favourites due to their form heading into the business end of the season. The second half of the year has been dominated by these two sides and it is only fitting that they face off this week to see who will take home the ultimate prize.

Ben Gibson – The Joe Grant Medallist has been one of the marquee players of the competition since dropping back from Morningside. Has had another superb year and will look to create plenty of attacking opportunities from the back half of the ground.

Liam Best – One of the big improvers for Coorparoo this year, Best has showed plenty throughout the season to be one of the Kings most consistent performers. He has turned it up in the last month with a brilliant best on ground performance against Aspley and a big effort in the win against Caloundra last week.

Sandy Hampson – Arguably Coorparoo’s best player of the year, Hampson has provided plenty of service since crossing over from Morningside this year. Is capable of kicking a goal and will be a danger man if not contained by UQ in the Grand Final.

Ben Cowan – Co-Captain of Coorparoo, Cowan will desperately want to make up for the loss in last year’s Grand Final. He has kicked 31 goals for the year to lead his team and will need to feature heavily on the scoreboard to influence this match in his team’s favour.

Hugh Millikan – The standout forward in the competition capped an excellent year by winning the goal kicking title. Currently has 87 goals for the season, 22 of which coming in the past 4 games. Is sure to be a handful for the Coorparoo back six.

Brad Percy – Crossed over from Wilston Grange this year to lead the team in votes at the league medal, despite playing just 10 regular season games. Percy has plenty of experience and, if not shut down by Coorparoo, will influence the game with his penetrating left foot.

Brenton Crilly – A dangerous defender, Crilly has been as solid as a rock for the Red Lions this year as well as creating plenty of run off the half back flank. One of the reasons why UQ were the best defensive team in the competition this year and also provides good service to players up the ground.

Luke Wray – One his day Wray can be a goal kicking match winner. Has booted 44 goals this year but his performances up the ground have made him just as dangerous as when he is having shots at goal. Will look to work in tandem with Millikan to put plenty of goals on the scoreboard.