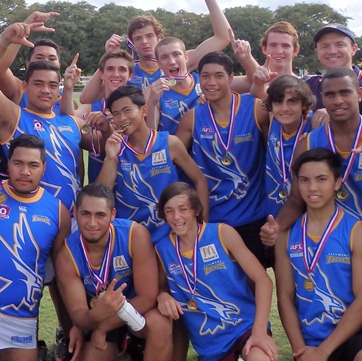 Mabior Chol was outstanding for Yeronga and claimed the Most Valuable Player medallion for Division Two.

Aspley’s Ethan Hira was busy around the ground in their final and was awarded best player for Division Three.

Run as a series of carnival days in Terms One and Two, senior secondary schools vie for the Division Two and Three premierships, played as a shortened ‘lightning’ format.

With Division One containing the Schools of AFL Excellence, this competition gives other schools the chance to play others of a similar standard whilst introducing many new faces to our game.