Around the Regions Finals Preview: Week 4 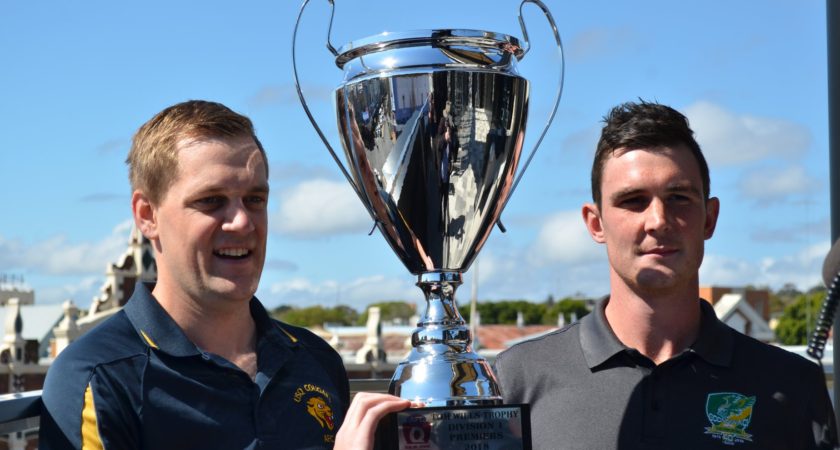 The Allied Pickford Cup Grand Final will see the University of South Queensland Cougars host the Goondiwindi Hawks this Saturday at Rockville Oval.

The Hawks secured their spot in the Final on Saturday after they dismissed the Warwick Redbacks in an absolute thriller last Saturday. Down at halftime by 21, Brenton Jardine showed some class around the ball and the competitions leading goal kicker David O’Toole kicked straight when required as well, contributing to an impressive second-half fightback by the Hawks, which landed them in the Grand Final.

After a convincing 38-point win two weeks ago against the Hawks, the Cougars will be looking to capitalise on their week off but will aim for a more explosive first half, which let them down last time around.

The Cougars were behind after the second quarter the last time the two met, but with some class through the middle of the ground USQ outran the Hawks in the second half, and booted 69 points to ten led by Joshua Timmer, who slotted eight on the day.

It’ll be a huge test for the Hawks to play the four quarters after a hard-fought win against the Redbacks last week. The Cougars, on the other hand, will be fresh after a week off and eager to get the job done late in the game as they did last time.

With a 3:10 pm kick-off of Saturday, it looks like it’s the Cougars for the taking, but it’ll be the Hawks going in confident they can topple USQ as they did back in round 14.

The Mt Isa’s grand final qualifier will see the Mt Isa Buffaloes take on the Young Guns this Saturday at the Legends Oval for a spot in next weekend’s Grand Final.

It’ll be the competitions first and third-placed teams battling it out to meet the Tigers in the competition decider after the minor premiers, the Buffaloes, gave away their opportunity for a week off in a surprising 44-point loss against the Tigers.

The Young Guns were quite the opposite last week as they displayed a dominant victory in their 51-point triumph and dismissal of the Rovers in their elimination final.

It’ll be the raging Buffaloes out to get their 2018 record back on track on Saturday, who are out to avenge their sloppy performance from last week against the Tigers, where they’ll face a very confident Young Guns line-up, with nothing to lose.

The Ballina Bombers will host the Tweed Tigers this Saturday at Fripp Oval for a spot in the Northern Rivers Grand Final next week against Byron Bay.

After a close battle with first placed Byron Bay last week in their qualifying final loss, the Bombers lacked run in the back end of the half causing their 31-point loss but will be itching to redeem themselves against the Tigers.

The Tigers, however, had a little more than they bargained for against the Lismore Swans last week in their elimination final. They held the feisty Wooden Spooner’s out only by ten points through an even spread of goals and will need a much more impressive showing should they aim to meet the Pies next week in the Final.

Both teams finished on 40 points this year, and the Bombers lead the race at 3-2 out of their five meetings though none of the wins were convincing, making for a very even battle to survive another week.

Cairns first game of the finals sees an elimination match where South Cairns Cutters will meet the Central Trinity Beach Bulldogs this Saturday at Cazalys Stadium.

The two were separated by eight points throughout the regular season which left the Cutters in 3rd spot and the Bulldogs in 4th. The Dogs snagged a 28-point win on the Cutters early in the season, but in their last two meetings, the Cutters had convincing wins.

When they last met two weeks ago the Dogs were blown out of Crathern Park the moment the ball was bounced after quarter time. The Cutters ran all over and around the Bulldogs defense resulting in an 82-point thrashing. Five Cutters kicked two goals or more showing some confidence and versatility in a goal kicking outfit.

The pair is coming off two very different results from last week, which saw South Cairns survive a huge scare from Manunda as they came from 37- points down in the last quarter to win by a goal led by a best on ground display by rover Hayden Pyke.

Meanwhile, the Bulldogs showcased their scoring potential in the last round against North Cairns, as they thrashed the last placed Tigers by 236-points, handing their forwards some goal kicking form at the right time of the year.

Cutters leading goalkicker Daniel Lock has been more than consistent this year kicking 60 goals and looks to be a handful for Bulldog defenders, while a very hot Bulldogs attack look to put in a four-quarter effort this time around.

The Port Douglas Crocs and the Cairns Saints will meet this Saturday at Cazalys Stadium as the two dominant forces of the competition battle it out in the Grand Final Qualifier.

The winner has a week off and a ticket to judgment day and the loser will have a second chance next week as they play the victor of the Cutters vs Bulldogs game.

Both teams have only lost to one side this year, being each other. In their meetings this year, the Saints snuck home in round six, before the Crocs got one back in round 15, in what was two very close encounters.

But, in the final round of 2018, the Crocs put on a clinic at Griffiths Park as their 75-point win secured the minor premiership and a huge confidence boost leading into their rendezvous with the Saints this week.

The Saints were never in the game last round and chased a large deficit from the beginning of the first quarter, which resulted in a poor and disappointing performance in the minor premiership bout.

It was a battle between the competitions two leading goal kickers, the Crocs Kye Chapple, and the Saints Thomas Eltrinham, who both kicked over 100 goals in 2018. It ended up with the Crocs sharpshooter Kye Chapple taking bragging rights as he kicked eight for the win and secured his spot atop of the goalkicking list.

This weeks contest will no doubt see the Saints come out burning with rage and eyeing off revenge from their embarrassing last round clash with the Crocs, making for a much-anticipated fight.

North Mackay Saints will host the Eastern Swans in the Allied Pickford Cup qualifier this Saturday at 6:30 pm.

The winner survives to see another day and books a spot in the Grand Final next week against the Whitsunday Sea Eagles, and the loser will be looking to straight to 2019 as both sides come into the game in very different form.

The Saints finished three wins above the Swans, but their four meetings left the rivalry at two wins apiece after the home and away season.

The Swans put on an impressive display last week against the Mackay Magpies as they bumped the Pies out of the competition with their premiership quarter run and pressure. This leads to an 85-point thrashing on the day, with forward pair Luke Ball and Cameron Squires combining for 11 goals.

The Saints, on the other hand, are coming off a 56-point loss to the Sea Eagles, who flew away with the match after halftime. With the Swans in scoring ways, it will be up to the Saints defenders like Jackson Perkins, to steer the ship from the back and contain scoring machines like Luke Ball on the day.

With no excuses to be left on the day, it’s between the Saints coming off a bad loss and the Swans hitting some momentum at the right time. Both go in expecting to win a meeting with formidable Sea Eagles on Grand Final day next week.

The Hermit Park Tigers will have their opportunity at being back-to-back premiers this Saturday at Riverway Stadium as they face the University Hawks, who chase their first flag since 2009 in a Grand Final repeat from last year.

The Tigers booked their place in the Grand Final following a strong win over Thuringowa Bulldogs in week one of the finals that secured them a week off and a clear passage to the final.

Though the Hawks finished third and didn’t have the luxury of a week off like the Tigers, they proved to have built on their elimination final victory against the Northern Beaches Suns where they then snatched grand final dreams from second-placed Thuringowa Bulldogs.

The Hawks took a 47-point win in an impressive team performance which sent shockwaves to through Hermit Park ahead of this week.

The Tigers will go into the match as favorites thanks to their nearly perfect season which includes their four straight wins over the Hawks thus far in 2018. But, Coach Jamie Fogg says he will have his side well prepared and ensure that there is no complacency amongst his chargers.

Hawks duo and competitions best and fairest, Troy Sherratt and Daniel Broderick will both have to be at their best for the Hawks to seek redemption from last years grand final loss against the Tigers. Coach Shane Jurgens has put forward a strong team, who have gained more than momentum in the back end of the year and he believes they can get the job done.

The Tigers have plenty of scoring talent to choose from up front, but there’s no doubt that the competitions leading goal kicker, Jason Di Betta will have his chance a grand final glory as he looks to add to his cool 57 goals in 2018.

The classy Tigers will be looking to break the heart of the Hawks yet again in September, but it’s the Hawks who will be going into the final eager and ready to pull off an upset after a spike in their recent performances.