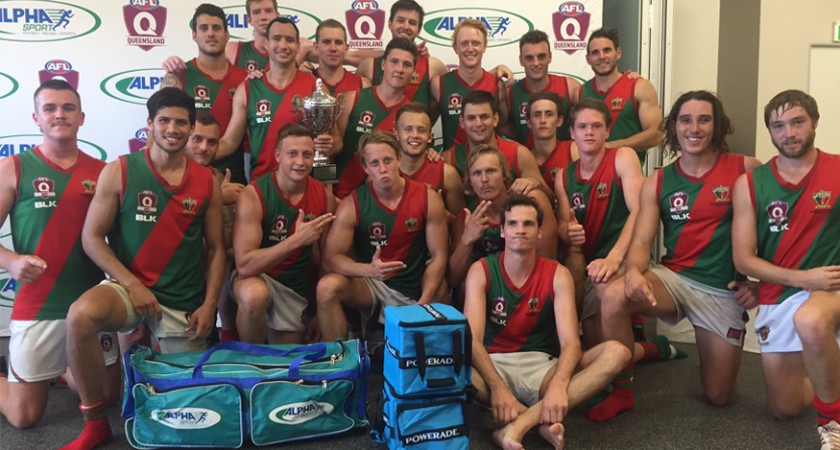 Games were played in stifling heat today, the sun was beating down, and the humidity was through the roof. Kedron even rolled out the ice vests!

The switch
Aspley don’t mind kicking across goal and releasing the ball out the other side. You know what they say, got to risk it to get the biscuit.

Lachlan Harris is a star

A few people seem to think gone are the days of a full forward kicking a bag. They clearly didn’t see Harris today, who booted 10 in Aspley’s win over Robina.
The short stuff

Sandgate are backing themselves in by foot this year, not afraid to use the short option when coming out of defence.

They have been promoted back into the QAFA (A) for 2015, and they mean business. They might have fell just short of taking South East Suns in a thriller, but they proved they are more than capable of mixing it with the competitions best.

We all know how good of a midfielder Ryan Davey is, but this year I think you might just see how good of a small forward he is as well. He rested deep forward today in Labrador’s game against Mt Gravatt, and looked very, very dangerous.

Last years QAFL Rising Star, Todd Carbone has gone to another level in 2016 already. The youngster is a jet, and will be one of the best midfielders in the competition this year.