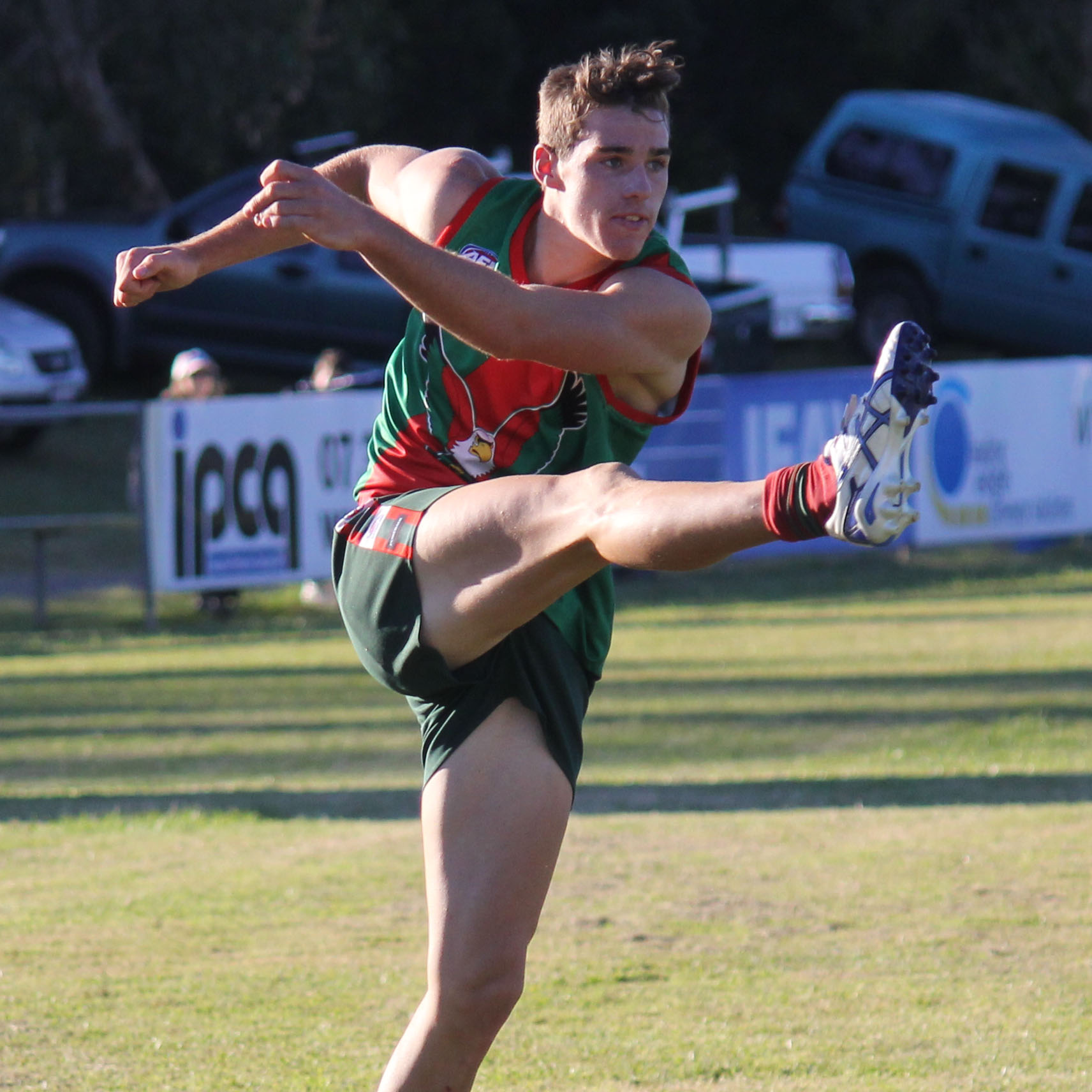 They might be small, but Sandgate’s youngsters punched well above their weight in a plucky win over UQ in the Allied Pickfords Cup.

The Hawks ran out 14.11.95-8.14.62 winners over the Red Lions, in a scrappy game, notching up their second consecutive Allied Pickfords Cup win.

Hawks coach, Rob Dickfos, said the win reinforced his side’s ability to fight, despite lining up against a bigger-bodied Red Lions outfit.

“They’re tiny in frame and they get belted around a little bit but they’ve got big hearts,” he said.

University got the jump on the Hawks early, with a strong start by forward Jarrod Prakelt, but failed to convert numerous opportunities to really put scoreboard pressure on the Hawks.

Once Sandgate settled into the game, their pace was too much for UQ, and the Hawks’ rebound attacking put the Red Lions to the sword.

Michael Richardson starred in the middle for the Hawks, while small forwards Corbin Dickfos and Taylor Arnott-Hollick (three goals) were electrifying.

It wasn’t all good news for the Hawks, with youngster, Ben Conway, stretchered off in the second, with a knee injury.

Conway landed awkwardly while chasing the ball on the boundary, and went straight to ground, looking to be in serious pain.

The extent of the injury won’t be known until later this week, but Dickfos said Conway would be a major loss for the Hawks.

“Ben trains harder than anyone. He’s extremely fit, he looks after himself well and leads by example.

“As soon as he finds out what needs to be done, he’ll start taking his first steps forward.”

Red Lions coach, Matt Stewart, said he was confident his side would continue to improve in the coming weeks.

“I just think they did some simple things at crucial times better than what we did,” he said.

“Already the guys are talking about what we need to do and we’ll work on the track this week and come out better next week.”

Stewart said once that improvement comes, the results will follow in suit.

“Winning’s great and that’s why you play football, but for us we really do have to get the basics right.”

“Once get those things right, we’ll win more games, rather than just always worrying about the game.”

UQ faces ladder-leading Springwood in the next round of the Allied Pickfords Cup, while Sandgate travels to Burleigh.

Mayne got its first win on the board, ending Wilston Grange’s undefeated season.

It was another injury-marred match for them, though, after veteran Luke Faulkner was carried off in the second quarter with a suspected back injury.

After a slow start to the match, the Gorillas missed some crucial shots at goal, which could have given them the lead.

Midfielder Steve Brittain continued his incredible start to the season, shrugging off a heavy tag from Mayne.

What the coaches said:
Mitch Ferguson (Mayne):
“We were due so hopefully we can keep the momentum going now.”

“It was really close, so never felt we had it over them but I guess our tackling pressure was consistent all day.”

“Our skill was much better (than previous weeks), those guys that came into the side have good skills, so our turnovers were far less than in the first month.”

“It was disappointing. They kicked five in the first and that start really killed us.”

“They were good –they had a lot of energy and played well and a lot of our guys didn’t’ play that well.”

“It was nothing major, we just missed some tackles and we were too slow to react in the first quarter.”

“Steve (Brittain) is in good shape and getting heavily tagged.  I think he had two guys on him against Mayne, rotating off the bench.”

“Last year, he might have found it quite hard to get on top of that, but  he’s been doing really well this year and he’s pretty hard to stop when he goes forward.”

By Ant Wingard The Noosa Tigers are QFA Division 1 HART Sport Cup Champions. One year removed from their agonising one-point loss to archrivals Maroochydore in... [more]