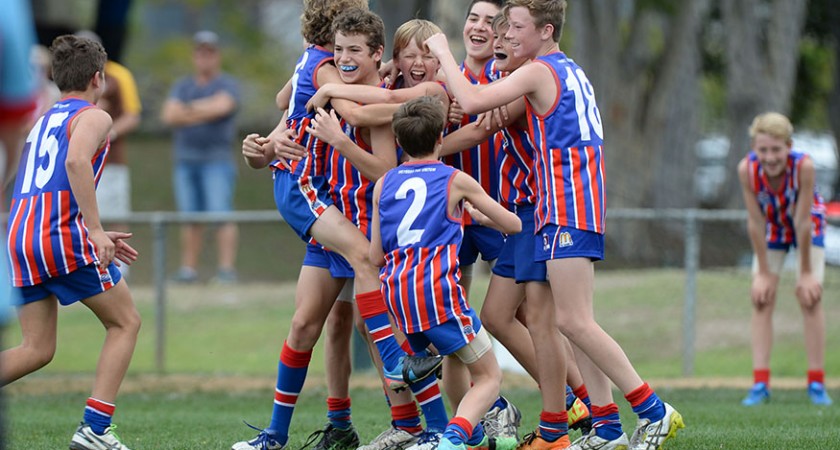 AFL Queensland today released participation figures for 2015, announcing record numbers across the state and Northern Rivers region which is governed by the body.

Total participation grew to 216,381, a 20 per cent increase on 2014 and well in excess of the national growth rate of eight per cent.

“Our target for 2015 was 200,000 and to have exceeded that figure so dramatically is a testament to the quality of our programs and the staff and volunteers who deliver them,” said Mr Ensor.

“A 32 per cent growth in competitions is a remarkable effort by the whole of the Queensland football community, particularly our game development staff who work so effectively with junior clubs and schools to transition boys and girls from our programs to competitions.”

Mr Ensor said female participation remains a key focus for AFL Queensland, with a vision that includes establishing Queensland as Australia’s most appealing and successful state for female football.

“Queensland has led the charge in female football with women and girls now representing one third of our participation base,” he said.

“To achieve 37 per cent growth in just one year is  an outstanding result and stands us in good stead as the AFL works towards the establishment of a national women’s competition.”

Significant participation growth was recorded on a regional base throughout the state, with Hervey Bay (69%), Cape York (45%), Northern Rivers (40%), Sunshine Coast (39%), Logan (38%) and Moreton Bay (30%) achieving the highest increases.

Click the image below to view full size PDF 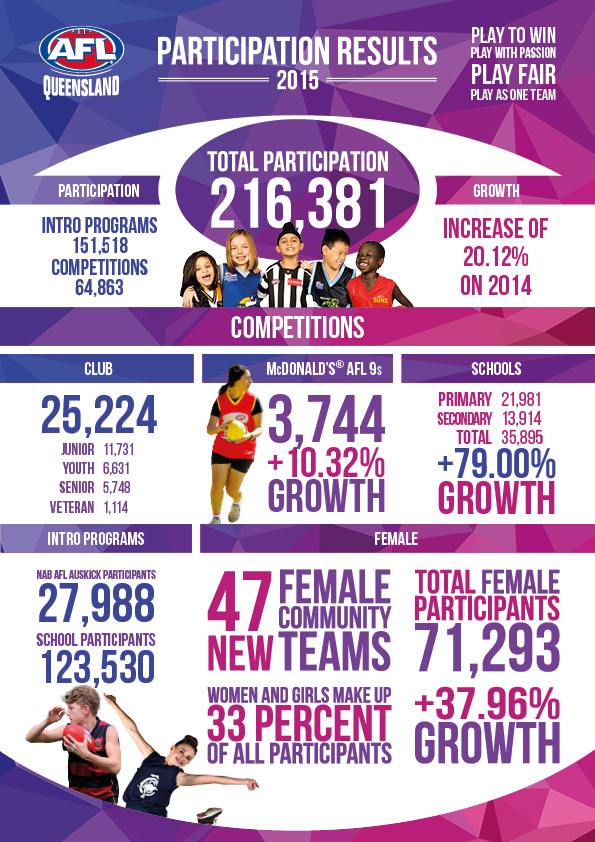