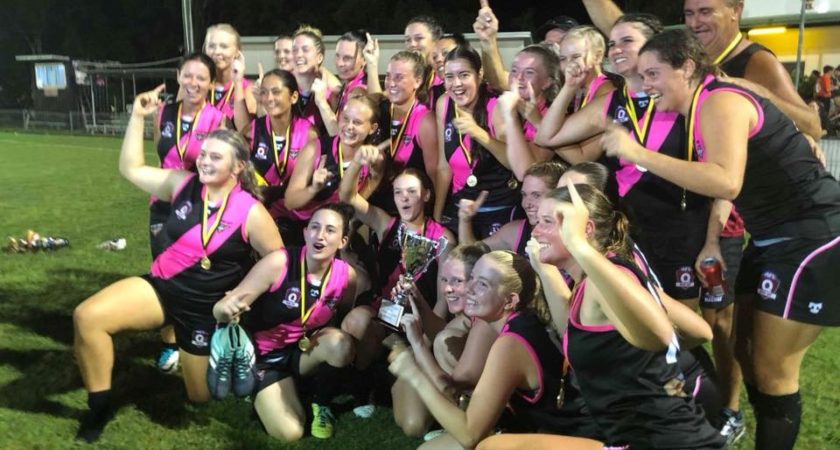 Following the success of the inaugural 2018 campaign, all six of the Wide Bay’s female teams will once again take to the field in an extended eight-week home and away season and two-week finals series.

A host of local derbies will help usher in the new season, beginning on Friday night as 2018 runners up host the Bundaberg-based Brother’s Bulldogs at Frank Coulthard Oval.

On Saturday night, 2018 Premier Hervey Bay will host cross-town rivals Bay Power at Norm McLean Oval as the Bombers defend their title for the first time.

The final game of the Round, which pits the competition’s most southern team, Gympie, against the Maryborough Bears in what could be an early litmus test for both clubs.

“We are absolutely delighted with the interest and commitment from the six clubs involved in the second official AFLWB Women’s Competition,” Wicks told aflq.com.au.

“After a successful inaugural season, the clubs have indicated throughout the offseason that the girls are eager for more football content in 2019 and even more players are flocking to the clubs to be a part of our sport.”

“The club’s interest in the 2019’s Women’s Competition was evident last Saturday at Port City Park, Maryborough as five clubs got together for a ‘Lightning Carnival’ with all teams playing three practise matches on the day in preparation for Round 1.”

The ten-week season will culminate with the Grand Final contested between the first and second placed teams at Frank Couthard Oval, Bundaberg on April 6.

In 2019, Takalvans – Caravans, Spares and Repairs have also gotten on board as the naming rights sponsor for the AFL Wide Bay Women’s Competition.