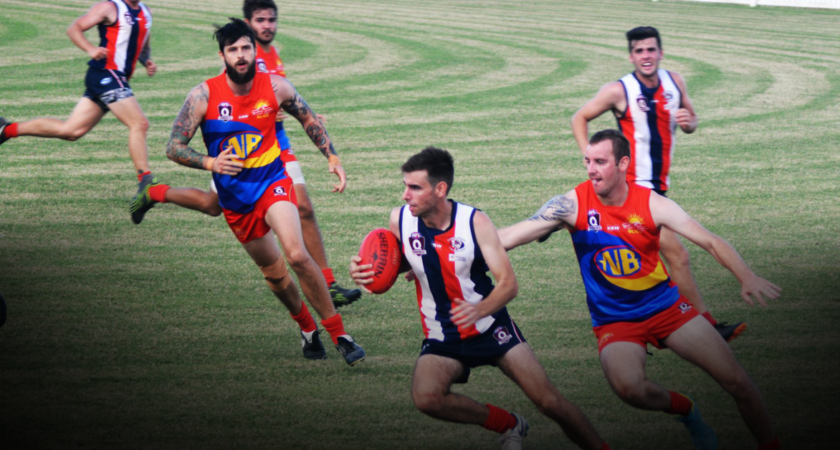 The Curra Swans have made an immediate start to their 2019 AFL Townsville senior men’s campaign as the rest of the competition commences this weekend with a full slate of games.

The Swans overcame a quarter-time deficit against the Northern Beaches Suns to claim first place on the ladder following their narrow 11-point win.

The two sides ushered in the new season at North Shore Oval as the only game last weekend before the competition wholeheartedly kicks off this weekend.

Following their win, Curra will host the Thuringowa Bulldogs while Northern Beaches will host University Hawks.

Hermit Park will enjoy the bye over the opening weekend but very much remain the form team of the competition and the target remains squarely on their back as the Tigers look toward a threepeat of AFL Townsville premierships.

If the Tigers were to clinch a third consecutive premiership this season, the feat would need to be achieved in somewhat different circumstances with a new coach at the helm, Brett Hughes.

Hughes is one of four new coaches to the competition in 2019 with Gary Kelly (Curra), Ricky Lyness (Thuringowa) and Tyler Fidoe (University Hawks) have all signed on. Only Northern Beaches’ Brad McLaren remains from season 2018.

After their impressive season opener last weekend, the Swans could be the form team of the competition led by a number of key players among their ranks.

Leighton Field joins from the Essendon District Football League along with former WJ Williams Medallist Andrew Grubba and Brandon Downie to the side.

North Queensland representative players Jason Di Betta and Declan Wode have return to Hermit Park in a side that also includes team of the year member Jake Moroney.

The University Hawks will again be well-serviced by 2018 co-WJ Williams Medallists Daniel Broderick and Troy Sherratt.

Thuringowa will welcome back the return of reigning club best and fairest winner Lachlan O’Dwyer while Ben Holden again looms pivotal to the Suns’ fortunes in a side that now boasts boom recruits Ian Dick and Kevin Canendo.

The Grand Final rematch between University Hawks and Hermit Park will take place on May 25.

On June 15, the first AFL match for premiership points in Townsville will be played between the Gold Coast SUNS and St Kilda while North Queensland will face South Queensland in the traditional representative clash on the same day.

The senior men’s fixture will culminate in the Grand Final on September 7 while the senior women will conclude their season on August 31.