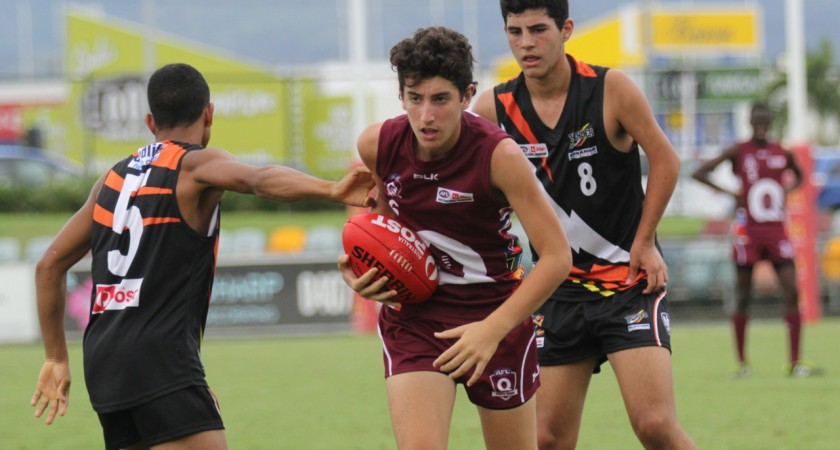 As the competition moves closer to the finals, some teams are upping their performances and that was exactly the case with the Victoria/Tasmania team. A tremendous defensive effort in the first half to restrict New South Wales to a single goal set up their own assault in the second half as Victoria/Tasmania ran the game out strongly, eventual 32 points to the good.

The Queensland team came out with a resolve to cover the losses through injury to key players, but they came up against a red hot Northern Territory team that booted six goals with the wind in the first half. The Queenslanders came out with heart in the second half, but the rout continued as the Territory boys kicked important goals to win by 49 points.

Attention now turns to the semi-finals stage of the championships. The big guns are starting to fire and play a higher level brand of football, so it promises to be an exciting day at Cazalys Stadium in Cairns.