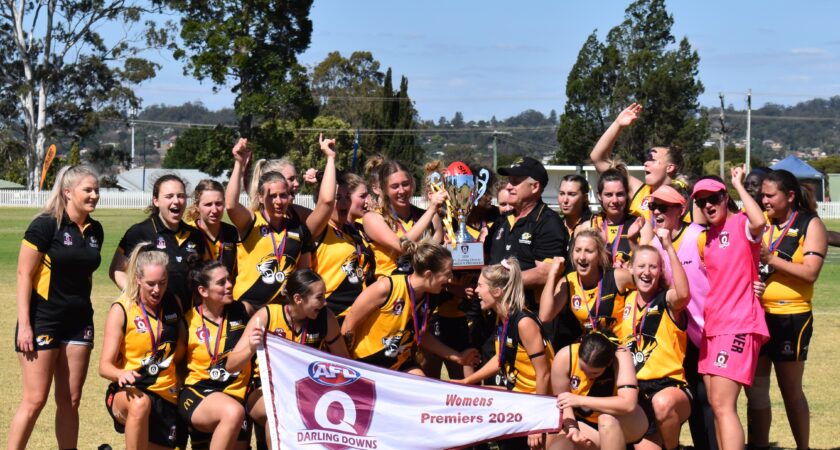 The countdown is on until the first bounce of the 2021 AFL Darling Downs senior football seasons.

Round one will officially be played on the ANZAC weekend, kicking off a 14-round home and away season.

The Allied Cup, the senior men’s competition, will return to an eight-team competition, with University re-joining the region’s top league after COVID forced hiatus in 2020.

They’ll have their work cut out for them from the get-go as they face 2020 Premiers South Toowoomba in round one.

“I’m expecting to see more high quality footy as we did in our shortened 2020 season.

“We’ve seen a number of clubs introduce new look senior coaching panels so it will be exciting to see how everyone lines up come round one.”

Powerhouse side, the Toowoomba Tigers, will have two new teams to fight in 2021 with University and Dalby rounding out the six sides vying for the flag in the women’s competition.

“Dalby is returning to the women’s space for the first time since 2017, continuing to build on the momentum of female footy in the region,” said Mr. Simpson.

“That now makes five sides hunting the Toowoomba Tigers as they chase a seventh premiership in a row.”

Footy will be back on April 17th, with one standalone match being played at Dalby Oval as the Swans host Coolaroo, before the season officially gets away on April 24th.

Sir Doug Nicholls rounds will be played on May 29th and June 5th.

The finals series will begin on August 14th, with the Grand Final to be played on August 28th.