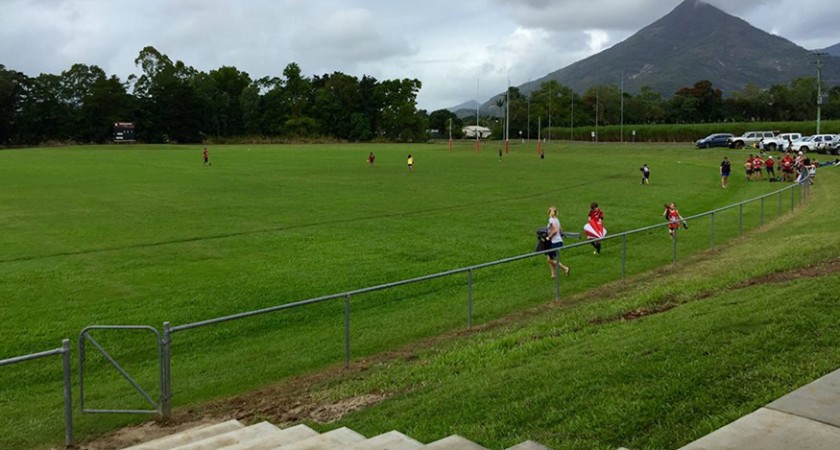 New unisex change rooms and amenities have recently been installed at Maher Road Oval at Gordonvale, south of Cairns.

This is a significant step forward for the future of the Pyramid Power Australian Rules & Sporting Club.  The new permanent facilities at Gordonvale include unisex change rooms and amenities for home and away teams and umpires, a new canteen and storage, public toilet facilities and an undercover viewing area for supporters.

The new facilities were opened recently by Queensland Treasurer and Member for Mulgrave, the Hon. Curtiss Pitt MP.  Funding for the project was provided by the Queensland Government, Cairns Regional Council, Cazalys Social Club and the AFL Facilities Development Reserve.

Pyramid Power have been playing at Maher Road Oval since 2009 and have experienced fantastic growth despite their lack of facilities.  The club currently has 238 registered players in junior, youth and female competitions and has plans to add a senior men’s team in coming years.

Congratulations to AFL Cairns and Pyramid Power on the project.  AFL Queensland encourages all football clubs with potential projects to contact our Infrastructure and Planning team for support, on (07) 3033 5409.