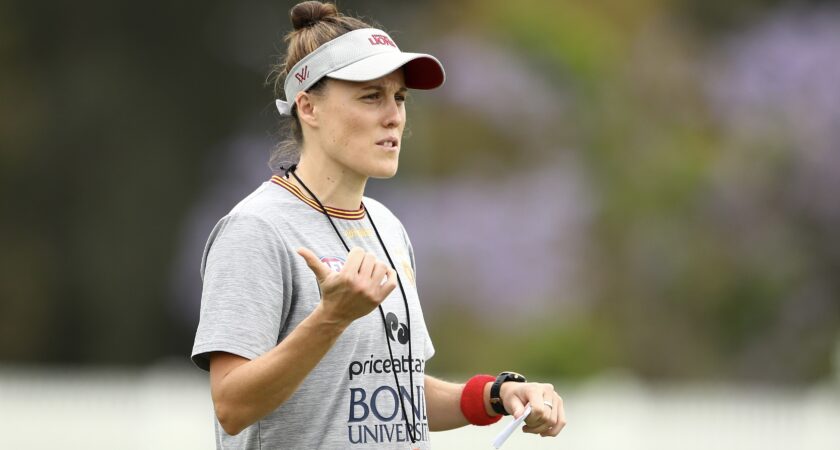 The AFL is pleased to launch the Women’s Coach Acceleration Program to fast-track the development of women in coaching and assist in their progression to senior coaching roles across both AFL and AFLW programs.

All AFL clubs can apply to be awarded one of six available positions as part of the Women’s Coach Acceleration Program that will see successful applicants employed by an AFL Club for a minimum two-year period and provided an opportunity to undertake a coaching role within an AFL or AFLW program.

Each successful applicant will have a formal mentorship with a senior men’s AFL coach and will have direct access to elite AFL coaching settings (eg. AFL match day coaching box, game planning sessions and match committee meetings) to support their development.

Positions in the program will be awarded through an application process, with details being sent to AFL Clubs today. AFL Clubs will be invited to put forward their intent to provide the program recipient with high quality practical skill development, experience, and mentorship in an elite coaching environment.

All emerging coaches taking part in the program will work together with their Club to develop a defined set of development objectives across the two-year period, including achieving the Level 3 AFL Coaching Accreditation, at a minimum.

The program will be co-funded by the respective Club, together with the AFL, with relevant Soft Cap exemptions in place during the two-year period.

AFL Executive General Manager Football Operations Andrew Dillon said the newly developed program reinforces the AFL’s commitment to advancing women within the industry, on and off the field.

“The AFL remains committed to creating legitimate coaching pathways for women, and through this program, we look forward to witnessing the industry’s emerging coaching talent further develop their skillset to progress to senior coaching positions at the elite AFL and AFLW level,” Mr Dillon said.

“Each successful member of the program will be appointed to an assistant, line, or development coaching position within their Club’s AFL and/or AFLW program and have unfettered access to elite coaching settings and mentorship at their respective Club.

The program will be overseen by a Women’s Senior Coach Acceleration Steering Committee, comprising of the following:

Successful applications will be announced in March 2022, ahead of the 2022 Toyota AFL Premiership Season.

The Women’s Coach Acceleration Program is part of the AFL’s commitment to advancing women in coaching. Other initiatives include: