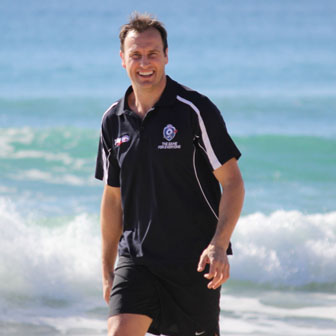 AFL 9s, the AFL’s social version of Australian football, is a fast, free-flowing, 9-a-side game played on a smaller field. It’s ‘touch’ style football with no tackling or bumping allowed.

The Byron Bay AFL 9s Invitational tournament will see the best AFL 9s teams from across the countrycompete over two days for $16,000 worth of prize money in men’s, mixed and women’s tournaments.

The event will take on a festival feel and both players and spectators will have the chance to sample some of the local crafts, with onsite artisan stalls featuring music, food and Byron Bay products.

Day one of the competition will see a round robin format, with each team playing the others in their pool, before teams will fight it out for the ultimate prize