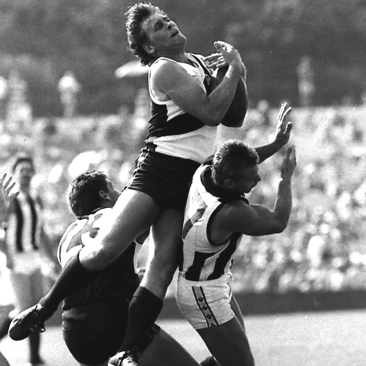 AFL Queensland Hall of Famer Graham Adams will take the reins at the Sandgate Hawks from 2015.

Adams, who has previously captain-coached at the Hawks as well as Strathpine said he was excited to return to the head coaching role.

“The challenge of state league was really appealing to me,” he said.

“I want to get the club off the bottom of the ladder and improve from where we are at the moment.”

With the Hawks’ QAFL season officially winding up last weekend, Adams has started laying foundations for 2015, ho0lding one on one interviews with players.

Adams has a longstanding relationship with a number of the current Hawks player, having coached the club’s U16s team in the past.

After a one-win season, Adamas admitted the process of improvement might take a little time, but he was prepared to get it started as quickly as possible.

“It’ll take a bit of time but if we get things heading in the right direction this year, it’ll make things a lot easier,” he said.

“We probably need to recruit five players from 25-27. Mature age footballers that have mature bodies.

“He’s a really good communicator which is crucial for what we’re looking for,” he said.

“He’s a guy that demands respect and also people follow him.”

Adams is a member of the Queensland Team of the Century and represented the state 23 times as a player.

Adams will take over from Ian Carter, who coached the club in the final seven rounds of the season, after the resignation of Rob Dickfos.

Sandgate is not the only club that could have a different person at its helm in 2015.

UQ’s inaugural QAFL coach, Matt Stewart, stepped down after the club’s final match of 2014, with the time commitment likely to prove too much with a busy 2015 on his agenda.

Stewart was appointed coach of the UQ senior side after its elevation to the SEQAFL Division one competition last year, before taking it through its inaugural QAFL season.

Zorko is in his fourth season as Surfers Paradise senior coach, and said he was unsure of his future after being told of the club’s decision.

The three clubs join Palm Beach as teams who could be on the look out for coaches, after Daryn Cresswell announced his move to the Wodonga Raiders earlier this season.