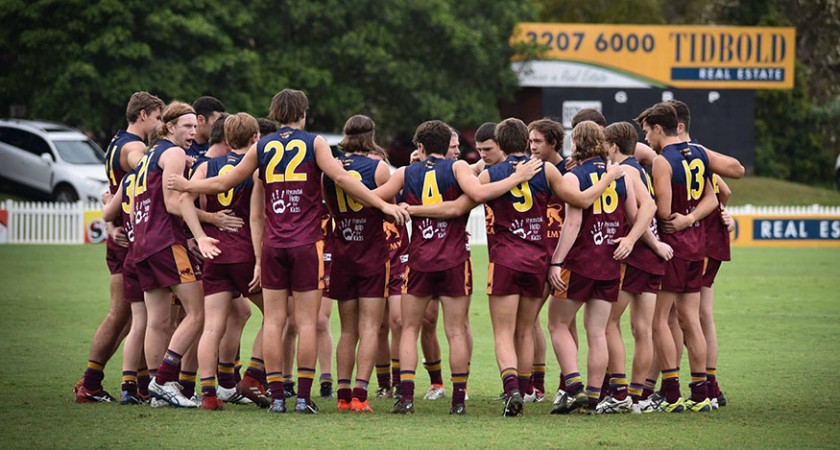 Gold Coast have one win, while the Lions have two, after the first three rounds of the NAB under 18 Academy Series.

SUNS tough midfielder Jacob Dawson has drawn the eye of recruiters, with his ability to find the football and his work in contested situations across the first three games.

Dawson’s bottom age teammate Bailey Scott, son of former North Melbourne and Geelong player Robert Scott has also had a standout start to the series. The young midfielder featured prominently in games against the Lions and Swans, getting plenty of the ball and showing a capacity to go forward.

Scott can’t be drafted this year, but is eligible as a father son or academy recruit, to Gold Coast, Geelong and North Melbourne next year.

Damien Burke and Shawn Watson are the only two SUNS forwards to kick big bags so far, Burke kicked five and Watson four in the SUNS win over the Giants.

Jack Payne has been consistently impressive in the back half for Brisbane, showing clean foot skills and poise under pressure.

Billy Drake and Billy Johnson both showed they can hit the scoreboard for the Lions, kicking three each in their match against the Nothern Territory.

Tall forward prospect Connor Ballenden has had a mixed series so far for the Lions, the talented youngster finding it difficult in the first game against the Suns in slippery conditions, before solid games against the Northern Territory and Tasmania.

AFL Round 5 wrap
Cairns Dogs vs. SUNS match on sale