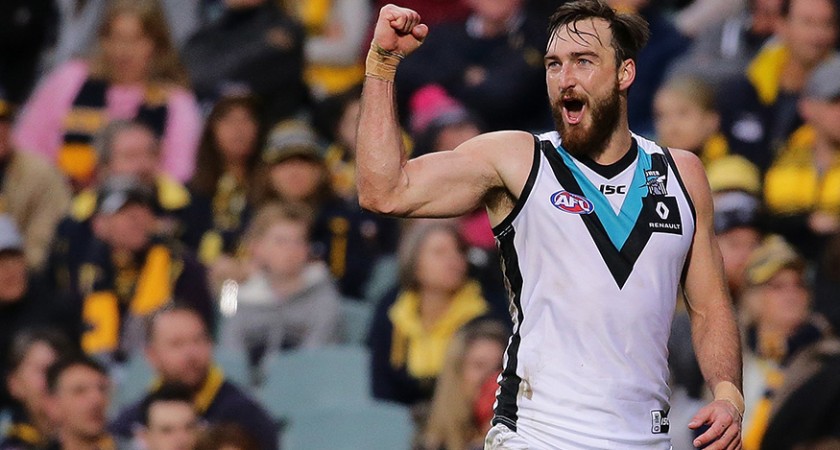 Charlie Dixon has capped a career-best season in the AFL by finishing a close second in the Port Adelaide best & fairest award.

It was also the first time Dixon has played a full season without any injury disruptions.

As most club B&F awards were concluded over the weekend, ruckman Zac Smith finished 8th in the Geelong count.

This mean that seven Queenslanders have finished top 10 in club B&F awards in 2017.

Dayne Zorko head the list when he won his third consecutive Merrett/Murray Medal at the Lions from teammate and fellow Queenslander Dayne Beams, who was runner-up.

Harris Andrews was eighth at the Lions and Eric Hipwood equal 10th.

And at the Gold Coast, Jarrod Harbrow finished 7th in a count won by Gary Ablett.

In other Queensland news, Josh Thomas has signed a one-year contract extension to stay at Collingwood in 2018, and Mabior Chol has won a third rookie contract at Richmond.

But Fremantle rookie Matt Uebergang, whose 2017 was savagely disrupted by injury, was de-listed. He spent two years at the Dockers without playing a senior game.