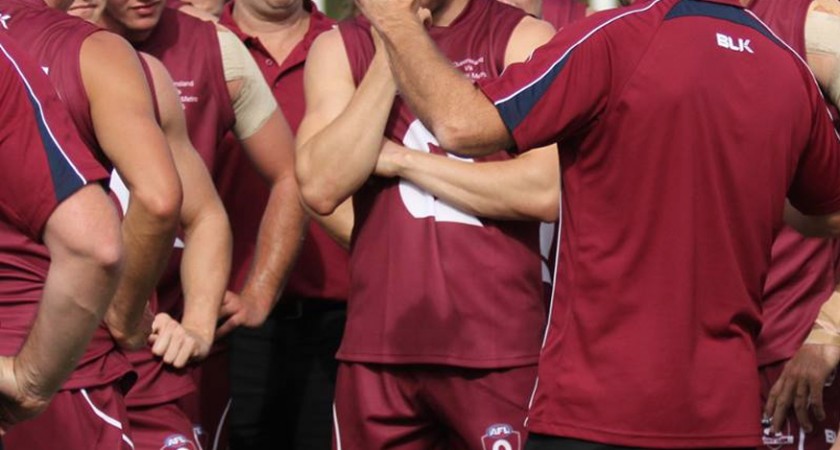 The Queensland Under 16 state team wrapped up a clean sweep at Yeronga on Saturday, defeating the Northern Territory and winning the NAB AFL U16 Championships division two carnival.

Three impressive wins in three games, bodes well for the future of Queensland football and creates rising interest in a strong group of players coming through the ranks.

“We challenge them on their defensive side, and it took time, but they bought into it, they realized the energy they need to put into it,” said Queensland coach Adrian Fletcher.

“This crop coming through, you’d think there’s ten kids that have an opportunity to take the game to another level.”

While the squad performed exceptionally well across the board, a few names to watch closely came out of the hotly contested and physical series.

“Matty Conroy is a basketballer (who’s) only played ten games, he’s 198, he was outstanding,” said Fletcher.

“He can mark the ball above his head, he’s got a really big engine, he can run long (and) he’s got energy.”

Mitch Fitzpatrick won the ‘best player’ award for Queensland, for his efforts throughout the carnival and was damaging across half back.

“He made some really good decisions in the Tassie game, coming off defense, just took the first tackler on and then hit the kick,” Fletcher said.

The silky forward from Port Moresby showed incredible speed and clean ball use in his two matches, while also pushing up the ground and getting his hands on the ball.