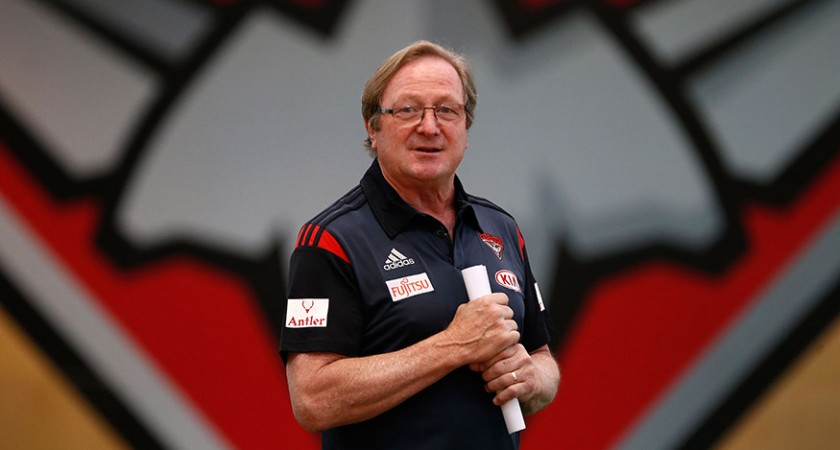 AFL coaching legend Kevin Sheedy has a pretty simple answer when asked what he loves about local footy.

“These are the clubs that produce the young champions of the day.”

It’s one of the reasons why ‘Sheeds’ is stepping back into coaching on Saturday, taking the reigns of the Burleigh Bombers.

The timing couldn’t be better, with Burleigh junior Brayden Crossley recently selected in the U18 All Australian side after an outstanding NAB AFL National Championships. 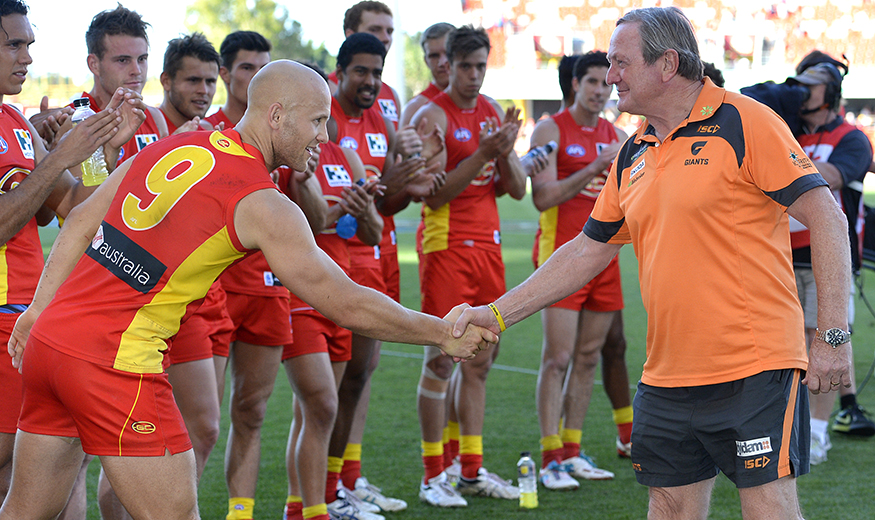 Coach Kevin Sheedy is congratulated and farewelled by Gary Ablett of the Suns as he leaves the field after the 2013 AFL Round 23 match between the Gold Coast Suns and the GWS Giants at Metricon Stadium, Gold Coast on September 01, 2013. (Photo: Bradley Kanaris/AFL Media)

While the coaching great has spent the majority of his time coaching at the elite level, some 678 games, his feet are planted firmly in the grass roots of local, country footy.

“One of the things that people don’t realize, particularly younger people these days, is that I started as the first ever AFL Development Officer back in the early 70s full time,” said Sheedy.

“So I was going around the country and coaching clubs anyway, at training nights and so forth, and then going back and playing for Richmond on the weekend.”

Sheedy has also coached a team of Queenslanders before; when he was recruited as a ‘special advisor’ coach, for the Queensland state side at the 1979 ‘State of Origin’ national carnival.

This time around it’s a chance for the jacket waving coach to get a first hand look at the current level of local football in Queensland and do something a bit different.

“I’m looking forward to getting out there with the Burleigh Bomber fans and the players and the coaches and just adding a bit of difference maybe, and a little bit of knowledge,” said Sheedy.

As to whether or not the competitive juices still flow, the answer is again, pretty simple.

“It’ll be genuine, there’ll be no mucking around obviously,” said Sheedy.