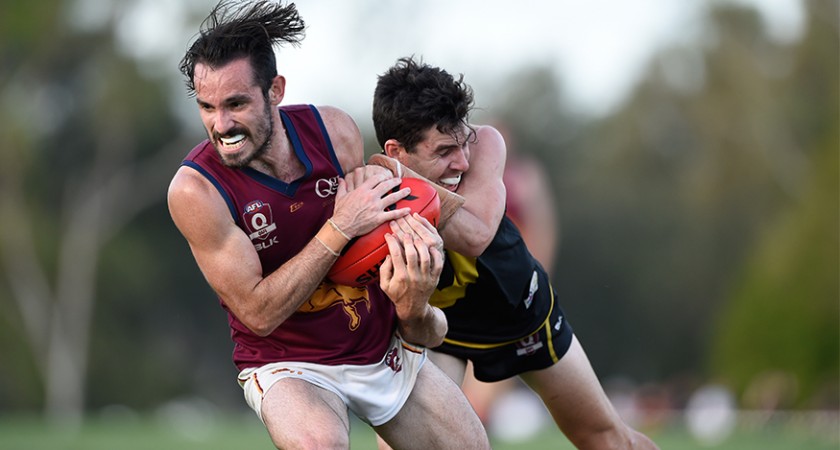 Round 1 will see two games on Saturday, one on Sunday, and the traditional ANZAC eve clash on the Monday night.

Of the 72 home and away season games, 68 will be played on a Saturday, three on Sunday, and one on Monday, before a four week finals series culminates in the Grand Final on September 23.

Round 11 is local rivalry round with four local derbies across the Gold Coast and Brisbane.

Toowoomba will host a QAFL game for the first time since 2011 when the Western Magpies play Surfers Paradise. This game ties into the Darling Downs City vs. Country representative weekend.

All four round 16 games will be held in Brisbane at 1pm, giving fans the opportunity to get to the Gabba in time for the Brisbane Lions and Gold Coast SUNS QClash13 at 4:45pm.

Palm Beach won’t have to wait long for a shot at redemption; their Grand Final rematch against Labrador is scheduled for round 2 at Cooke-Murphy Oval, the same day the Tigers will unfurl the 2016 premiership flag.

New Wilston Grange coach, Nathan Clarke, comes up against the side he coached in 2016, the Western Magpies, in round 3.

With nine teams in the competition in 2017, Broadbeach has the bye in round 1, but kick their season off with a bang the following week against neighbours Surfers Paradise on a Sunday.

Mt Gravatt will host Morningside in round 15 for their annual Ferg Reid Memorial Day when the Vultures pay tribute to their mate who lost his battle with cancer, while Morningside will also have an eye on round 7 when they come up against Sandgate, who booted them out of finals contention in 2016.