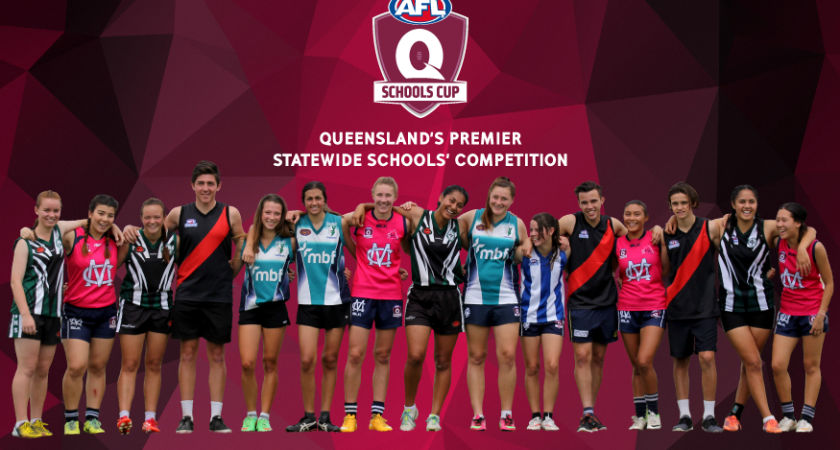 Twelve Preliminary Finals will be played on Friday. Winners will progress to one of Sunday’s six Grand Finals, with remaining teams competing in the minor position play offs to determine third and fourth.

The AFL Queensland Schools Cup has seen 419 teams from 226 schools compete in a knockout style tournament throughout 2016. Of the 24 teams remaining, six are from North Queensland.

ABOUT THE AFL QUEENSLAND SCHOOLS CUP

Introduced in 2016, the AFL Queensland Schools Cup is a premier schools competition that will see six schools crowned 2016 state champions.

Schools have progressed through to finals via one of three formats;

Most schools chose to participate in the AFL Queensland School Cup format, consisting of regional pool games during term 1 where  winners progressed through to regional finals, then state finals.

AFL Queensland Schools Challenge Carnival and Schools of Excellence Division winners entered the competition at the qualifying and semi-final stages.

The AFL Queensland Schools Cup is proudly supported By BLK