On Saturday, Palm Beach skipper Jesse Derrick would have been preparing mentally and physically for a do-or-die semi final against Mt Gravatt in the QAFL the next day, but that didn’t stop him heading up to Brisbane to run water for the clubs Colts side, who played off in the Division 2 Grand Final. Leadership personified.

Have a look at these two photos, and try and tell me Luke Scott and Tim McEvoy don’t look the same. I dare you.

On Saturday night, the Women’s Exhibition Game was the highest rating Saturday night AFL game of 2016, and if you were one of 1.05 million that peaked the ratings, you would have seen our Queenslander’s put on a show. Tayla Harris, Leah Kaslar, Emily Bates, Tahlia Randall, and ‘new’ Queenslanders, Sabrina Frederick-Traub and Kaitlyn Ashmore, who were recently signed by the Brisbane Lions all played well. Randall was probably the pick of the bunch, starring in the ruck for the Bulldogs. There was also this Tayla Harris bomb from outside 50. What a kick!

There was a kid by the name of Jacob Dawson running around for Palm Beach on the weekend, but he looked like a seasoned veteran. Dawson, who is a Gold Coast SUNS Academy member, and played in their NEAFL team the week before, is still just 16 years old. Left foot, right foot, contested ball, spread, he did it all in the Lions win. Remember the name.

Late last week, a special package arrived at AFL Queensland. It was one of our 150-year jumpers. Funny, we didn’t order any more of them.

Along with the jumper, there was a note attached. It read:
“To AFL QLD, I am very sorry for any inconvenience or concerns on the whereabouts of this jumper from Sunday nights presentation. After finding out that we had the jumper it was of upmost importance get it back to its rightful owner.

Please accept my sincerest apologies, and I am just happy that it is back with its rightful owner.”

My favorite bit came when reading the return sender address. Apparently it was “I.M. Sorry” who stole it…

One thing they did forget though, is the postcode from the post office it was sent from…

Twenty minutes in to the last quarter in the Colts Division 2 Grand Final between Palm Beach Currumbin and Noosa, it was two-point ball game. No one had kicked a goal for the quarter, and Palm Beach were in front by the skin of their teeth. Enter Keenan James. With the ball in his hands 20 meters out from goal, with less than a minute left on the clock, he had the chance to hand Noosa the flag. With ice in his veins, he slotted it, and when the ball went back to the middle, the siren went. He had done it. Noosa won the flag. I reckon he will be rolling that story out to his mates for decades to come… “Remember the time when I won a Grand Final off my own boot…”

The half time entertainment at the QAFL on Sunday was some of the best of the year, and it had nothing to do with the footy. Two dogs stole the show. The first was a Basset Hound who has been in a good paddock, and the second, a bulldog who got about two steps into chasing the footy before giving up and planting the paws. Check out those faces! 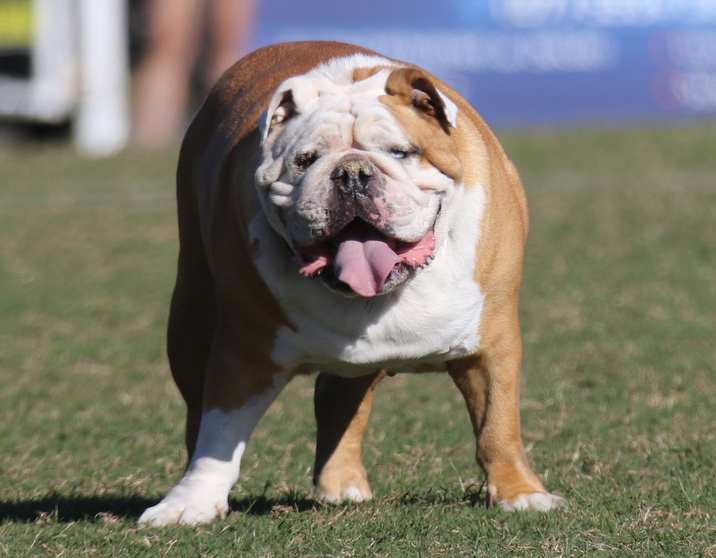