17 rounds, nearly five months, and top spot comes down to this. Unbelievable.

The equation is simple.

Win, finish top, and earn a week off.

Lose, and play in a qualifying final next week.

Palm Beach has been the ladder leaders for the majority of 2016; they would be heartbroken to trip up at the final hurdle.

But they have a rampaging Labrador coming for them, coming off the back of a massive win, in the best form in the comp.

Palm Beach took the points earlier this year, by jumping the Tigers in the second quarter, and holding on late.

Labrador got back into the game through their run out of the stoppages, which the Lions can’t allow tomorrow.

The Tigers pressure needs to be on from the opening bounce. Any lapses, and Palmy will put three of four goals on the board before they blink.

If anyone has a backline to handle the three big Labrador forwards, it’s the Lions. McNeven, Emblem and Lys will all play lock down roles. Get to the fence to watch those battles.

The blowtorch is going on Croad for this one. The role he plays is massive for the Lions. He hasn’t been his dominating best since returning from injury, but if he can work into the game early in the ruck, then kick a few, it will propel them forward.

Then there is the midfield. Star studded for both teams. Mouthwatering

It’s been an interesting month from the Lions, which has been hard to get a read on. We are going to know a lot more about them after this one, because the Tigers are lurking, ready to pounce.

Where it will be won: Run from the back half.

If other results go as expected, the winner of this could earn a double chance, and the loser will miss. Pretty cutthroat, isn’t it?

Surfers is going to try and break the shackles and run rampant, while the Magpies will go back to their bread an butter, keeping them pinned down.

Surfers got here with a big win over Mt Gravatt last week, but the task doesn’t get any easier now, especially away from home.

While the Magpies were comfortably beaten last week, I can guarantee you they won’t be that bad this week. Not with what they are playing for.

This week, they need their mids and forwards to work both ways, giving them an option out of defence; that’s where it broke down last week.

Pershouse will go to Green you would think, and play a meter or two, because he will be giving away at least 20 kilos.

But if the Demons’ midfield is charging forward in waves, Green will be the least of their worries.

Team news wise, Staker is back for the Magpies, which will straighten them up instantly in the forward 50, and Jordon Bourke is hanging around for another week.

They could really stretch the Surfers’ defence with that many targets…but it has got to get in there first.

Matt Green is an emergency for Surfers, but you would expect him to play, after being a key post this year. He should start on Staker.

This has heartbreaker written all over it.

Where it will be won: Pace of the game

Mt Gravatt can look no further than 2pm tomorrow, because if they don’t win, they are out.

Yes, they will start favorites, and on paper are the better team, but Wilston Grange can empty the tank. There is no next week for them this year, and they would love nothing more than to cap it off with a win.

So it’s not going to be a walk in the park for the Vultures, but they will back their processes in.

They came up short last week, but they didn’t play that badly. They just need to capitalise a little more on opportunities this week.

Wilston Grange will go with their speed on the outside for at least a half, but Mt Gravatt should be able to break the game open late.

If Joe Murphy and Will Hamill are working in tandem, and Carbone gets his hands on the footy 15 or more times in space, it’ll be too hard to stop.

Grange has got some talent in that department too though.

Baker is in rare touch; McIvor has a few games under his belt, and Nixon-Smith can break lines like the best of them.

Last time this was a draw, surely not again?

Where it will be won: Spread

Morningside have it all the play for this week, but Sandgate could really spoil the party.

The Siders worked too hard to let this slip though I think.

Last week they got back to how they played in the first month of the season. They spread, they were good by foot, and they capitalised on turnovers.

Sandgate won’t be easy beats though. They played their best game of the year last week, putting four quarters together.

If they can play another 120 minutes this week, it will be close, but if they don’t, the Panthers should cruise away.

Abey, Mitchell and Bisset should cause a headache for Jackson, Crawley and maybe McElligot. What they do though is bring the likes of McDonald in the game, who had a field day at their feet last week.

Sandgate have lost Gribble and Cormick back to the Lions NEAFL team, which hurts them through the middle, while Morningside look fairly settled in their line up for this time of year.

Sandgate will come hard early, but Morningside should be too strong down the stretch, and book a spot in another finals series.

Where it will be won: Who goes the distance.

Ever watched MasterChef? This is the mystery box challenge.

You think you know what’s going to happen, but really, who knows.

Broadbeach’s last two weeks have been polar opposites, and UQ are still struggling to get consistency in selection.

Unknown in football is good though, right?

The game is there to be taken for both sides.

That makes it an arm wrestle for control of the tempo.
I think Field 9 suits UQ more than the Cats, but it means it’s going to be high scoring.

Both teams need a mental lift to finish the season off, before they get stuck into pre-season late this year.

Where it will be won: Tempo 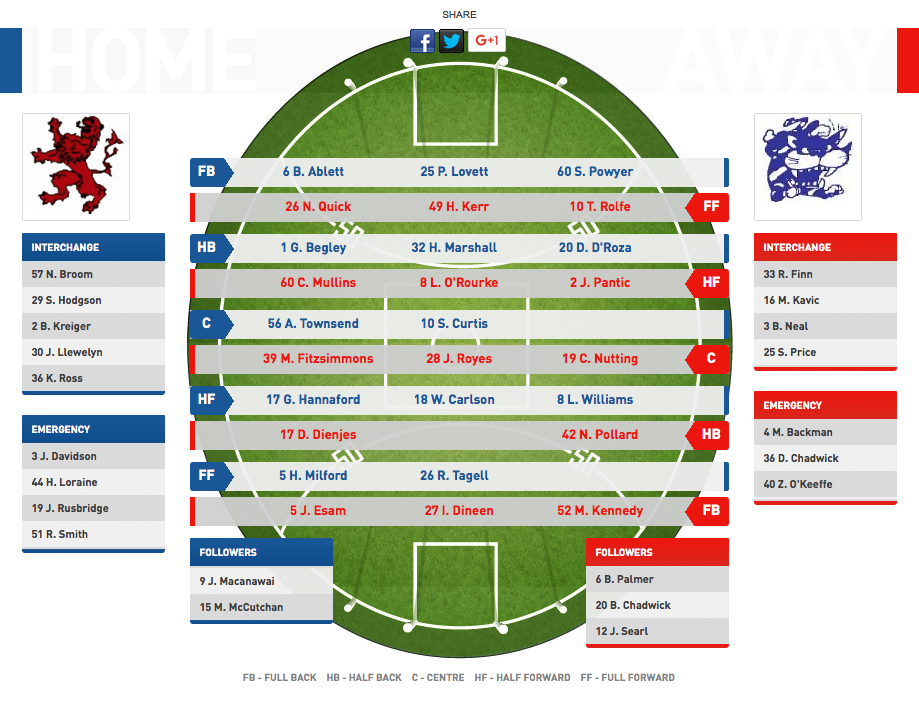 After defeats to West Brisbane and Southport in the 1996 and 1997 Grand Finals respectively, Mount Gravatt won their first premiership in the QAFL with a 61-point victory over Southport in the 2002 decider at Giffin Park.

The side, in the attached image shown celebrating after the game, was:

The side was coached by Danny Craven with Gary Odgers his assistant.

Remember, 24 hours after the game, match replays will be available to view HERE. No excuses not to be all over the ins and outs of the QAFL in 2016.

QWAFL Preview: Round 15
McEvoy to bring up the 200