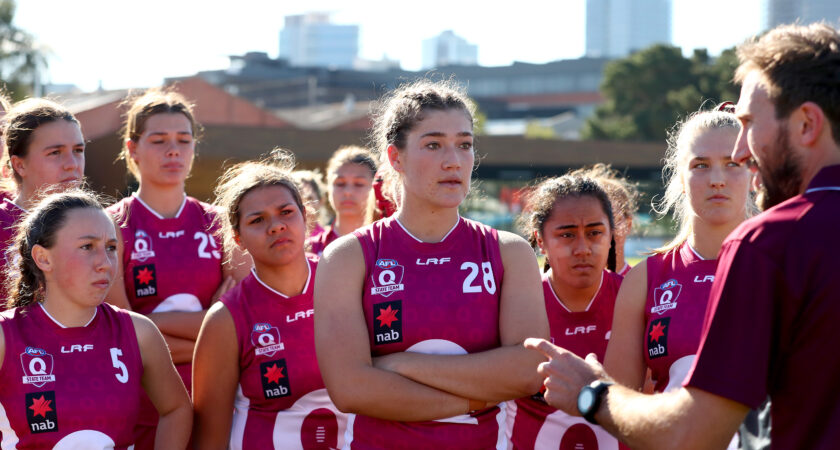 10 Queenslanders will take place in the 2021 NAB AFL National Draft Combine to be held across multiple locations across Australia this weekend.

While the current situation relating to the COVID-19 pandemic sees variations in restrictions across the country, the annual NAB AFLW Draft Combine will be state-based in 2021.

The 2021 NAB AFLW Combine brings together some of the best prospects at state-based events around the country with players nominated by AFLW clubs in order to participate.

Players from all states and territories have been invited to the 2020 NAB AFLW Draft Combines with a spread of talent across Australia including Queensland, NSW/ACT, Northern Territory and Tasmania.

The state-based Combines will commence on Saturday July 17 in Western Australia with South Australia and Queensland to be held on Sunday July 18.

The NAB AFLW Draft Combine in Victoria scheduled for Sunday July 18 at Melbourne University will not proceed as planned because of the five-day lockdown announced by the Victorian State Government. A decision on holding the combine the following weekend will be based on the changing circumstances and advice from Victorian government and relevant health departments and medical experts.

The majority of girls from Victoria, New South Wales and ACT participated in NAB AFLW Fitness Testing Days held earlier in the year where they showed their physical prowess in front of AFLW recruiters.

The girls from the Northern Territory tested in recent weeks and Perri King from Tasmania will be tested in Tasmania in the coming days.

It is just under two weeks until the 2021 NAB AFLW Draft where prospect will tune in to womens.afl from around the country to find out if they’ve been successful in their quest to join an AFLW list. The draft will be held on Tuesday, July 27 at 6.45pm AEST. The NAB AFLW Draft will be a broadcast event hosted by Nat Edwards, Sarah Black and Melissa Hickey. All the action will be streamed through womens.afl and the AFLW Official App.

AFL Head of Women’s Football Nicole Livingstone said the National Draft Combine is an opportunity for players to showcase their talents ahead of the 2021 NAB AFLW Draft.

“We look forward to recognising and celebrating the many talented footballers who will be selected as part of the NAB AFLW Draft,” Ms Livingstone said.

“What we’re seeing year on year is great talent coming through women’s football pathways across the country, and I can’t wait for football fans to witness the next generation of talent to impact the NAB AFLW Competition.”

NAB has proudly supported footy for over a decade, providing boys and girls with a clear pathway from NAB AFL Auskick to the big time.