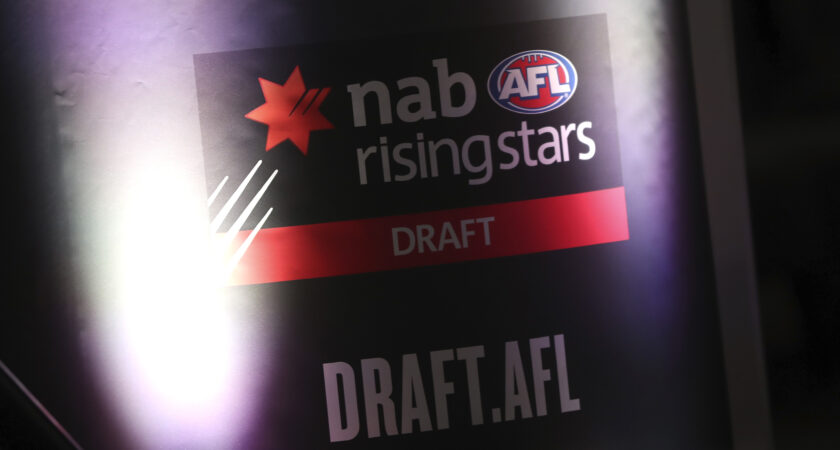 Taking close to four hours to complete, Queensland’s most promising footballers were nervously waiting with family and friends to hear if their names would be read out by AFL CEO Gillion McLachlan.

Coleman, younger brother of Brisbane Lions Keidean Coleman, was selected by the Lions with pick 24 after being bid for by Collingwood.

“I was over the moon; this is a moment I have dreamt of since I was a little kid,” Coleman said.

Coleman finished 2020 strong helping Morningside win the QAFL Grand Final, kicking two goals and setting up numerous others, easily positioning himself as one of the best players on the ground.

Along with Coleman, Brisbane Lions pre-selected Carter Michael from the Sunshine Coast as a Queensland Zone Rookie.

Carter averaged 18 disposals in the Academy series against the Gold Coast SUNS this year and was prominent for Maroochydore in their march to the QAFL finals.

At pick 40 Richmond selected Brisbane Lions Academy player and Sherwood Magpie Samson Ryan, who was due to play NEAFL football this season before its cancellation.

Rounding out their draft selections, Queensland’s most talked about prospect Alex Davies was added to the club’s primary list. Originally from Munanda Hawks in Cairns, Davies is a former Under 16 All Australian and represented Australia’s Under 17’s in an ANZAC Day exhibition match in 2019.

Davies said he was thrilled to officially join the club after relocating from Cairns to pursue his football career.

Overall, a total of seven Queensland players have been added to AFL Club lists which is an outstanding result factoring in a big reduction in selections available in the draft process this year.

The AFL today advised all Clubs the AFL Commission had approved recommendations presented at the scheduled Commission meeting on Wednesday, December 9. The... [more]