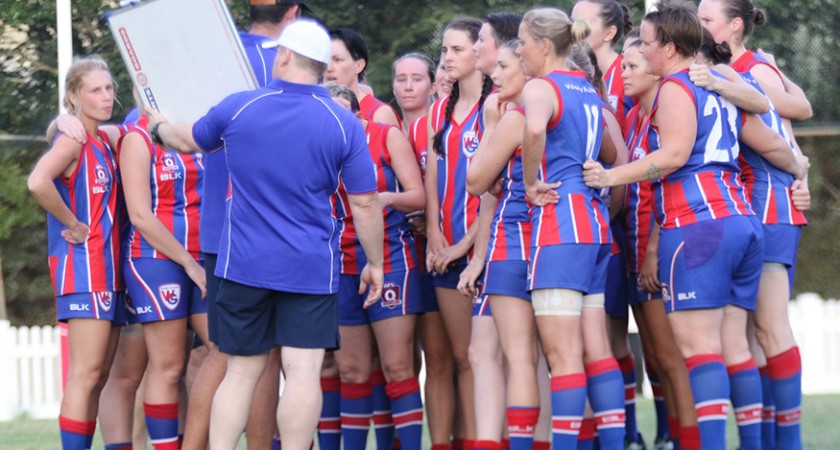 Last time we saw them:

While the 2016 season didn’t go exactly according to script for Grange with just one win, there were some positives to come out of it. Gorilla Gals Kate Lutkins and Tahlia Randall were both rewarded for their outstanding seasons with a Brisbane Lions contract which will see them out of action for Grange until after Easter.

Shannon Campbell, who played for the Gorillas last year, is also on the Lions’ list but will be returning to her original club Maroochydore in 2017.

Grange has installed Laura Kidd as the head coach (the only female coach in the QWAFL) who will be using her background in education to place a bigger emphasis on player welfare this season.

In the off-season Grange has expanded their senior list to now have two women’s teams as opposed to their one from last year. This has given the club’s depth a huge boost with coach Laura Kidd scouting players from a wide variety of sports to make the switch over to footy. Several of these players who have played sport at an elite level previously are in the mix for Grange’s QWAFL side.

With more numbers at pre-season training sessions this year, Kidd has been able to implement game-play scenarios to accelerate the development of the players.

This aggressive style of pre-season training should pay off early for Grange as they aim to work their way back up the QWAFL ladder this year.

After being named in the 2016 QWAFL team of the year, look for Courtney Daniec to lift her game even more this year. The 20-year-old will captain the side this year after being voted in by the playing group, a huge achievement for someone so young.

One of the most talented footballers in the competition, Daniec has played plenty of representative footy over the years so will need to use her experience to lead from the front in what should be a big year for the club.

“It would be fantastic to have a couple of wins under our belt this year. We’re going to give it a good red hot crack and hopefully be a bit of a dark horse in the competition, no one really rates Grange so I’m quite happy with that.”