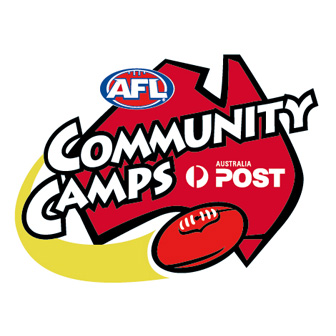 The AFL has announced the locations for the 2013/2014 Australia Post AFL Community Camps, with Greater Western Sydney Giants to kick off the first camp in Canberra on December 2.

The Gold Coast SUNS will head to Logan and Beenleigh on February 6 and 7 while the Brisbane Lions will visit Bundaberg, Hervey Bay, Ipswich and Springfield on February 7 and 8.

AFL General Manager People, Customer and Community Dorothy Hisgrove said fans of all ages across the country will have the chance to meet their AFL heroes, in the lead up to the 2014 Toyota AFL Premiership Season.

“The Australia Post AFL Community Camps are about taking Australia’s game to regional and rural communities and providing fans with opportunities to meet and interact with their favourite AFL players and clubs.

“The AFL stars will carry out training sessions and visit schools, local football clubs, post offices, nursing homes and hospitals, to bring together individuals and communities, while promoting healthy lifestyles and participation.”

“The role of sport in building thriving communities cannot be underestimated.  Playing, watching or supporting sport can be an activity where all people are welcome as they come together and share a common passion”

“Through the Australia Post AFL Community Camps we are happy to help provide access to our national game to communities and individuals who may not otherwise have the opportunity enjoy all the AFL and its clubs have to offer.”