U18 Review: Queensland vs. NT 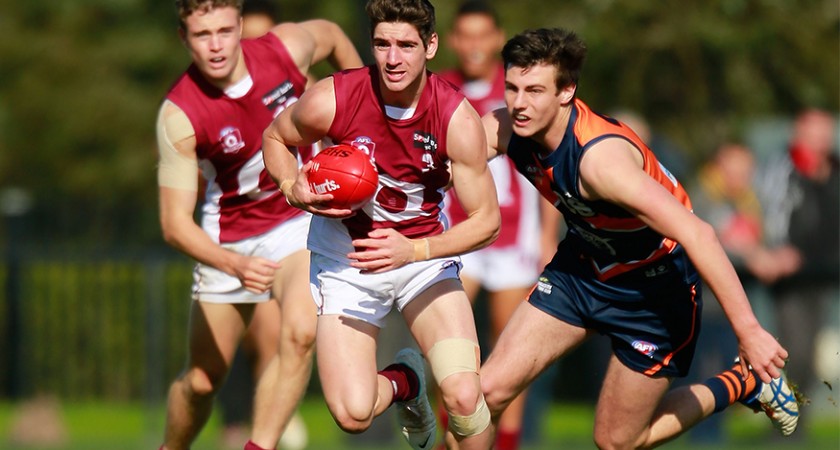 When a team plays four quarters of relentless football as one unit, results like these happen.

The Queensland State Academy was too strong for Northern Territory on Saturday in Tasmania, running out 87-point victors in their second game of the NAB AFL Under 18 Championships.

From go to woah Queensland were on top, and it started in the midfield.

Going in with a much smaller lineup than last week to counteract the run and pace of the Thunder, Queensland’s running game took off.

A five goal to nil opening quarter set the tone for the morning, but unlike previous games this year, the cue never went in the rack; they were on a mission.

The transition football was as smooth as silk, the groundwork was elite, and they were accurate in front of goal.

Jack Bowes played his best game in Queensland colours to date, racking up 31 disposals, along with six inside 50’s, five marks and two goals.

Nate Dennis also played a very important role in the game. Going in as the only dedicated ruckman, Dennis had to shoulder the load for most of the game, and played superbly.

Brad Scheer showed his contested prowess in the middle and up forward, finishing with 27 touches and eight clearances.

Rolls bagged three goals and had 25 possessions, while Allison was lively across half forward, finishing with 22 touches and two goals.

Nick Kempe was good on the outside, and Perry-Warren looked likely every time the ball went deep into the forward line.

There is no time to celebrate though, as Queensland’s attention turns to Tasmania this Sunday at Metricon Stadium.

It will be their final game of the championships, and last chance to strut their stuff before the Allies team, made up of the best players from Division Two, is picked to play in the Division 1 championships later this year.