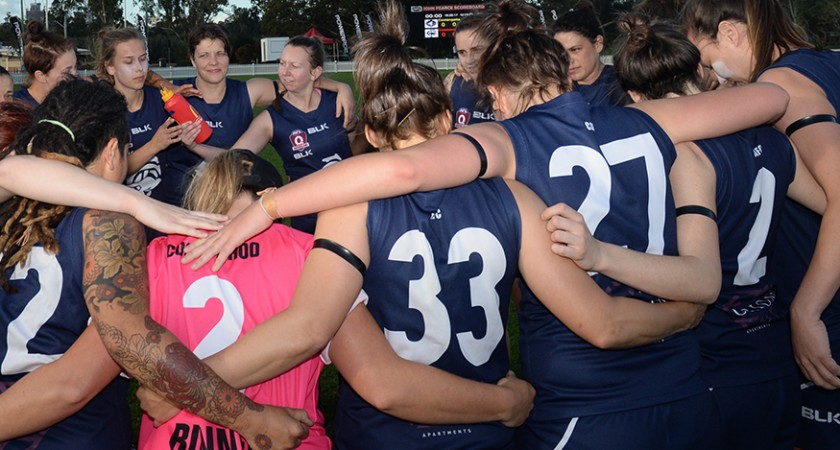 2016 is going to be a very different year for Coorparoo, but I’m confident that they will continue to be a competitive side throughout the season.

It’s always going to be difficult when you lose your captain, Emma Zielke, as well as key players Megan Hunt, Dania Herdman and Emma Pittman, but that will give other talented players a chance to shine and play in new positions, as they will look to try some new things.

With a new head coach comes revised strategies and a new game plan, but they wont be untested; Coorparoo have picked up one of the most experienced female coach and mentor, in Daniel Selby.

Selby will also be joined by new assistant coach, James Leach, with the pair set to develop the youth girls who will make the step up to senior level in 2016.

Predicting Coorparoo’s ladder position this year has been difficult, but it will be exciting to see a change in team culture, environment and passion, and how they respond.

Coorparoo will be looking to make an impact in Round 1 when they will take on UQ and prove that they can still be a formidable side, in what’s expected to be an emotional encounter.

This is set to be a massive year for the Canberra United W-League soccer player. She has just come off a three-goal haul in the Women’s Exhibition Match for the Brisbane Lions at the Gabba and will be looking to take that form into the QWAFL season. McCormick has clean hands, a penetrating kick and will use her athleticism to give opposition coach’s plenty of headaches. She will become a key player for Coorparoo this year with the loss of midfielders, Emma Zielke and Megan Hunt. Watch out for Jenna, she is peaking in time for the 2017 planned National Women’s Competition.

Who are the top 3 players to watch in your team?

Cleo Davis – Has cemented her spot as a stalwart in the back line and her hard work on and off the field has paid off tremendously over the past year.

Rachel Crack – Working with Cleo in the back line and running off to create attacking links are what changes the game & turns the momentum our way through her safe hands & great reading of the ball.

Emma Gibson – Her presentation up forward and strong marking skills will be great to watch this season as she’s been training with the Academy & building her confidence.

What two teams be playing in the 2016 QWAFL Grand Final?

“A good coach will make her players see what they can be, rather than what they are.”