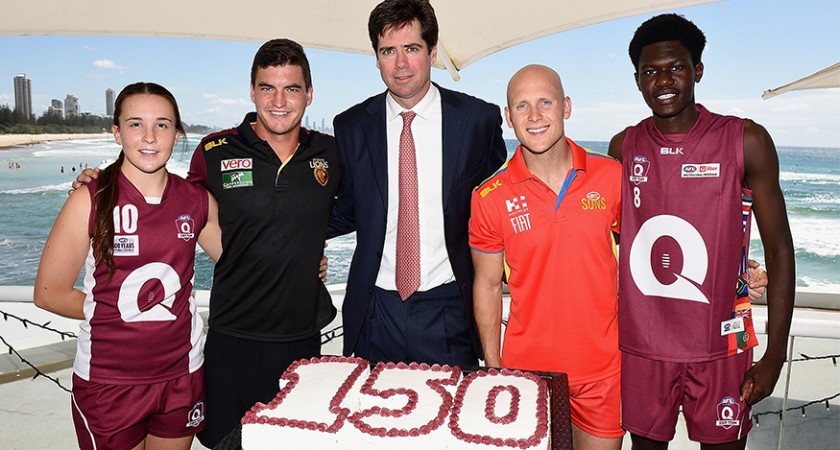 Beautiful Burleigh Heads provided the perfect backdrop to launch the 150-year celebrations of footy in Queensland and 2016 AFL season today.

Representatives from all levels of Queensland football also joined in the show, marking 150 years since the first game of Australian rules was played in Queensland.

Gillon McLachlan said it was great to see the diverse range of Queensland footballers there to celebrate.

“I’m excited to be launching the season, we are also thrilled to be here with club and academy representatives, both men and women, as we celebrate 150 years of football in Queensland,” McLachlan said.

“It is a proud history of football in this state… we had a 20 per cent participation growth [in 2015], extraordinary growth of 31 per cent in women’s football, and I know we are looking to have a team in the National Women’s League in 2017 representing one of the clubs and representing Queensland.”

Ablett was also excited by the next wave of Queensland talent coming through.

“The game has obviously got a lot of exposure over the last five or six years, the game is growing up here, and there is a lot more people playing AFL football, which is a great thing,” Ablett said.

“No doubt that’s going to help strengthen our list in the future, hopefully we can get some good Queensland talent.”

The official launch of the AFL Queensland 150 year celebrations will be on March 30.

Other key 150-year events include:

·      A community BBQ at the Botanic Gardens, where the first game was played

·      The AFL Commission meeting in Brisbane

The Gold Coast SUNS host Essendon this Saturday night at Metricon, while the Brisbane Lions travel to Perth to take on West Coast Sunday afternoon.

Community football kicks off in Queensland a week later, on April 1. 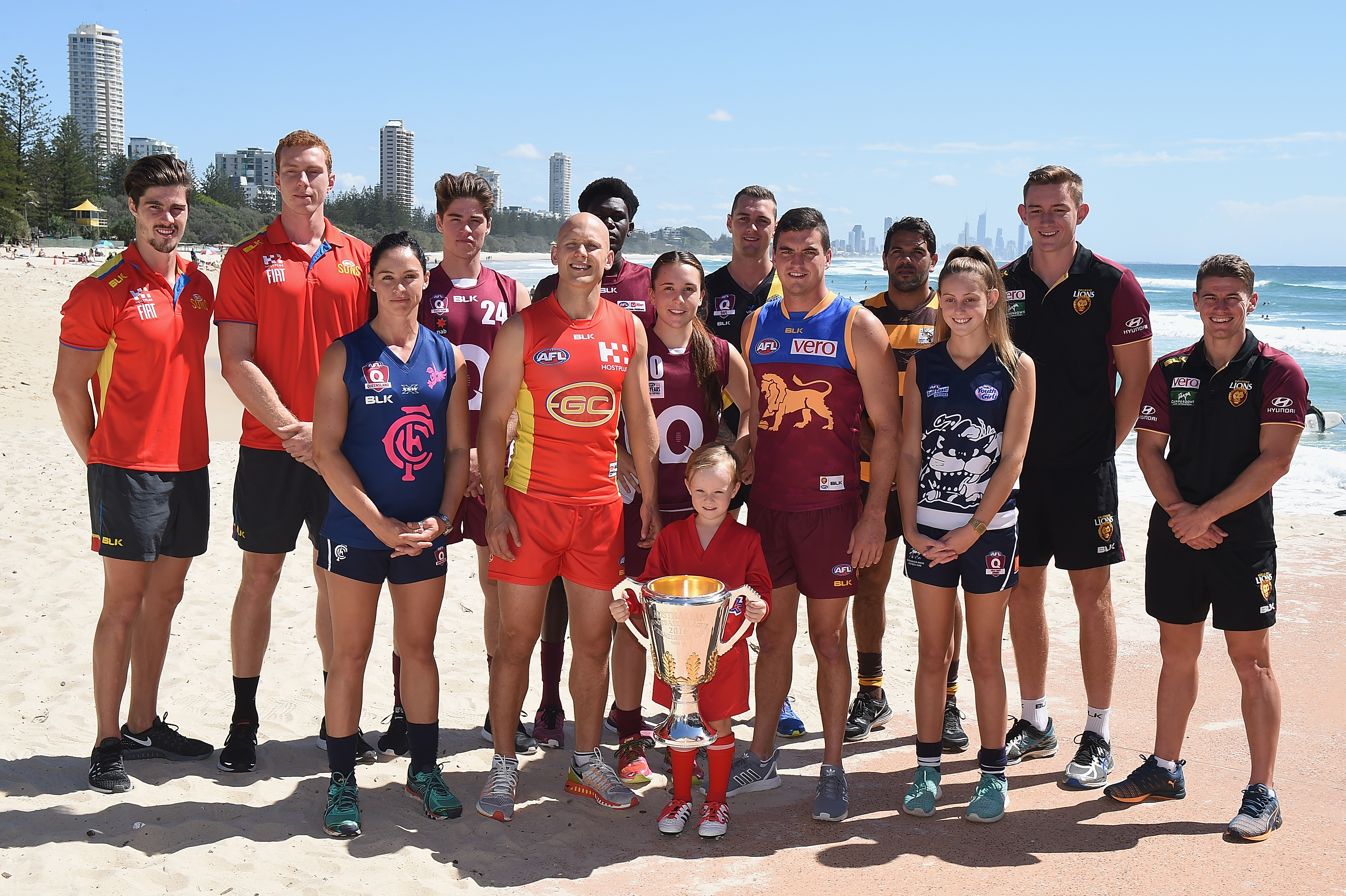