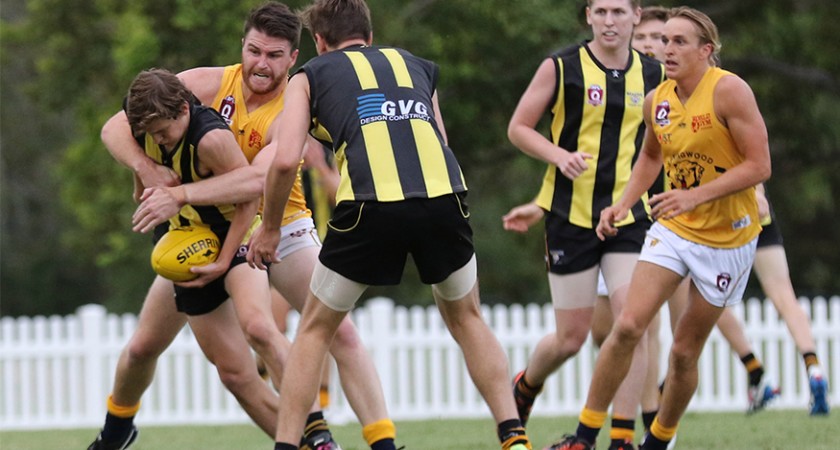 It’s the penultimate week for the Alpha Sport Pre-Season Cup.

Sixteen teams will become eight on Saturday, with each of them playing for a grand final spot.

It didn’t take Mt Gravatt long to take a scalp in 2016, knocking off reigning pre-season premier Morningside in convincing fashion. Their game against Wilston Grange tomorrow will showcase some of the best kids in the competition.

Labrador picked up where they left off in week one, so Broadbeach are going to have their work cut out for them.

Sandgate got the job done against UQ last week in Pool B, but their task doesn’t get any easier, up against a Caloundra team in red hot form after a big win over Wynnum last week.

Over at Coorparoo, two of the QFA heavyweights will slug it out when North premier, Mayne, and South runner up, Coorparoo, play; get to the fence to have a look at that one.

Pool C sees QFA South sparring partners Robina and Kenmore lock horns for the first time this year, while Aspley and Moreton Bay will square off before they meet in the QFA North this year.

In Pool D, the South East Suns will get the chance to show they can match it with QFA clubs, when they take on Coomera.  Kedron started their 2016 back in the QAFA (A) in the best possible way last week with a win over Victoria Point, but the task this week looms larger, after Park Ridge were dominant in their win over Nambour last week.

Each winner of the eight games will advance to their respective pool’s grand final.

Each of the four grand finals will be played at Yeronga next Saturday.

Stay tuned to www.aflq-new.fspdev.com on Saturday night for all the results.