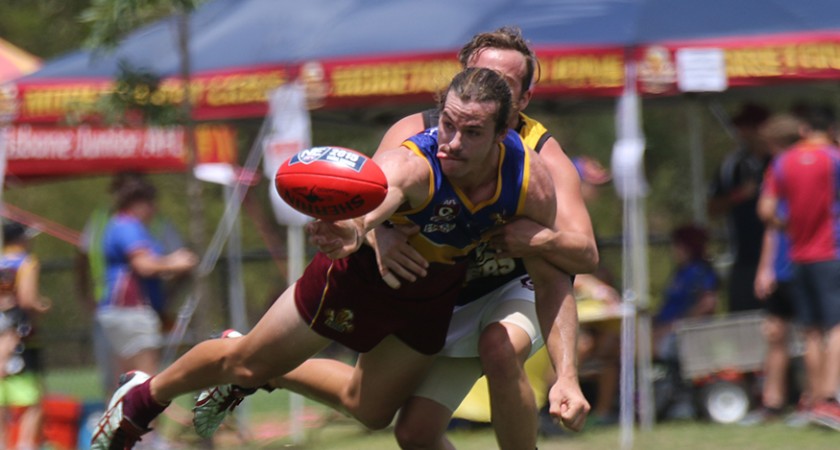 Hot and blustery conditions certainly didn’t impact the atmosphere of the day, played on a Burpengary deck that would rival anywhere in Australia. 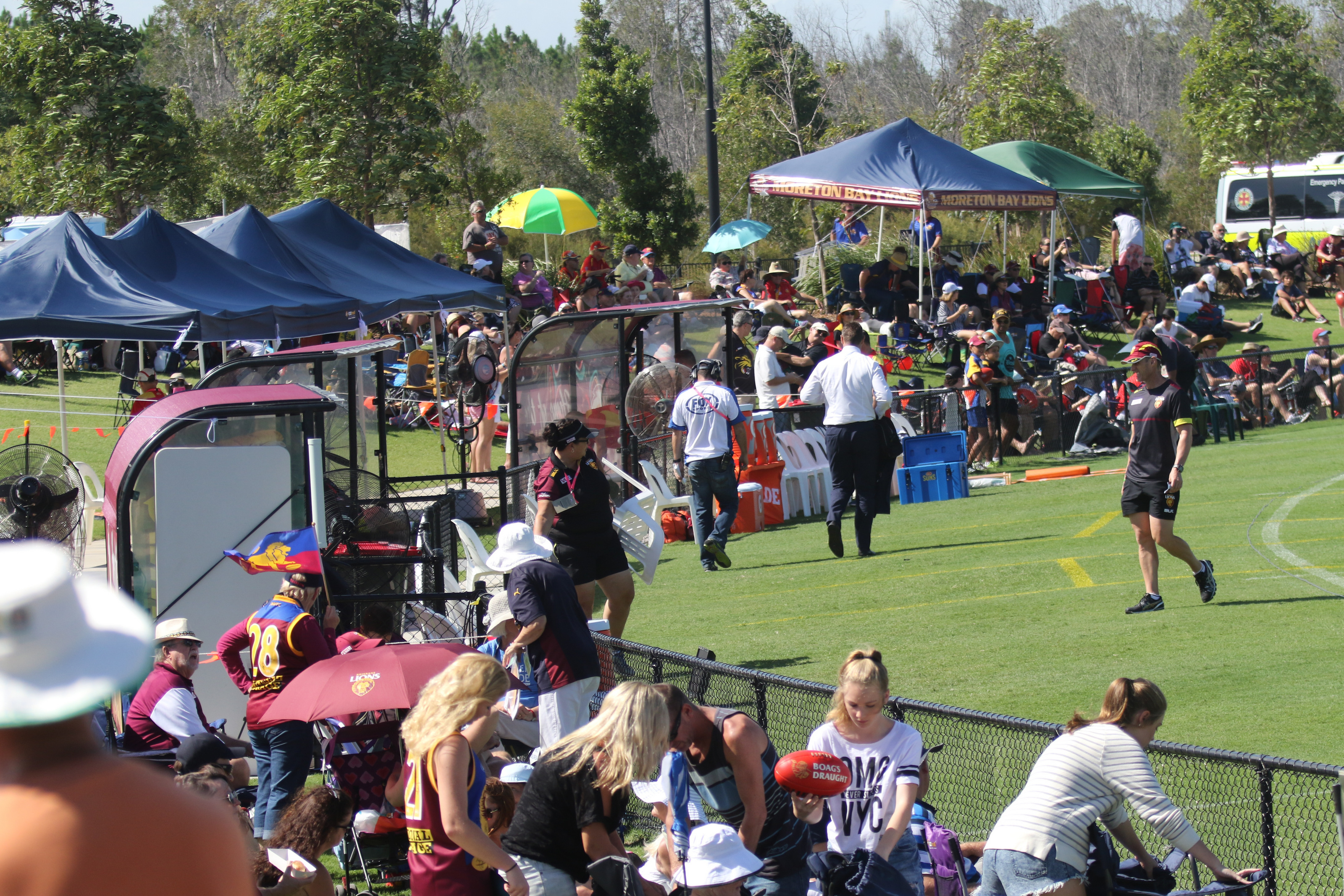 First up on oval 1 was the sixth annual Councillors Cup between Moreton Bay and Redcliffe.

The calendar may have read February 21, but both teams were playing like it was September.

The footy was red-hot early, with neither taking a backward step at every contest.

The first half basically went goal-for-goal, with the Lions holding a two-point advantage at the break.

In the second half, the Lions were able to find more space, kicking eight goals to the Tigers two, meaning the Councillors Cup will be kept safe at Moreton Bay for another year.

Out on oval two, a SUNS and Lions entrée was served courtesy of the Queensland Youth Girls Academy.

Over 50 of Queensland’s best Under 18 female players went head to head in SUNS and Lions colours for the first of two trial games for Youth Girls Nationals selection.

Conditions were certainly tricky with a strong breeze blowing straight across the ground, but both teams handled it superbly.

For the Lions, Tahlia Randall at centre-half-back had it on a string, while Sophie Conway and Indiah Collings were prominent in the midfield.

In the end, the Lions were too strong, running out 20-point winners. 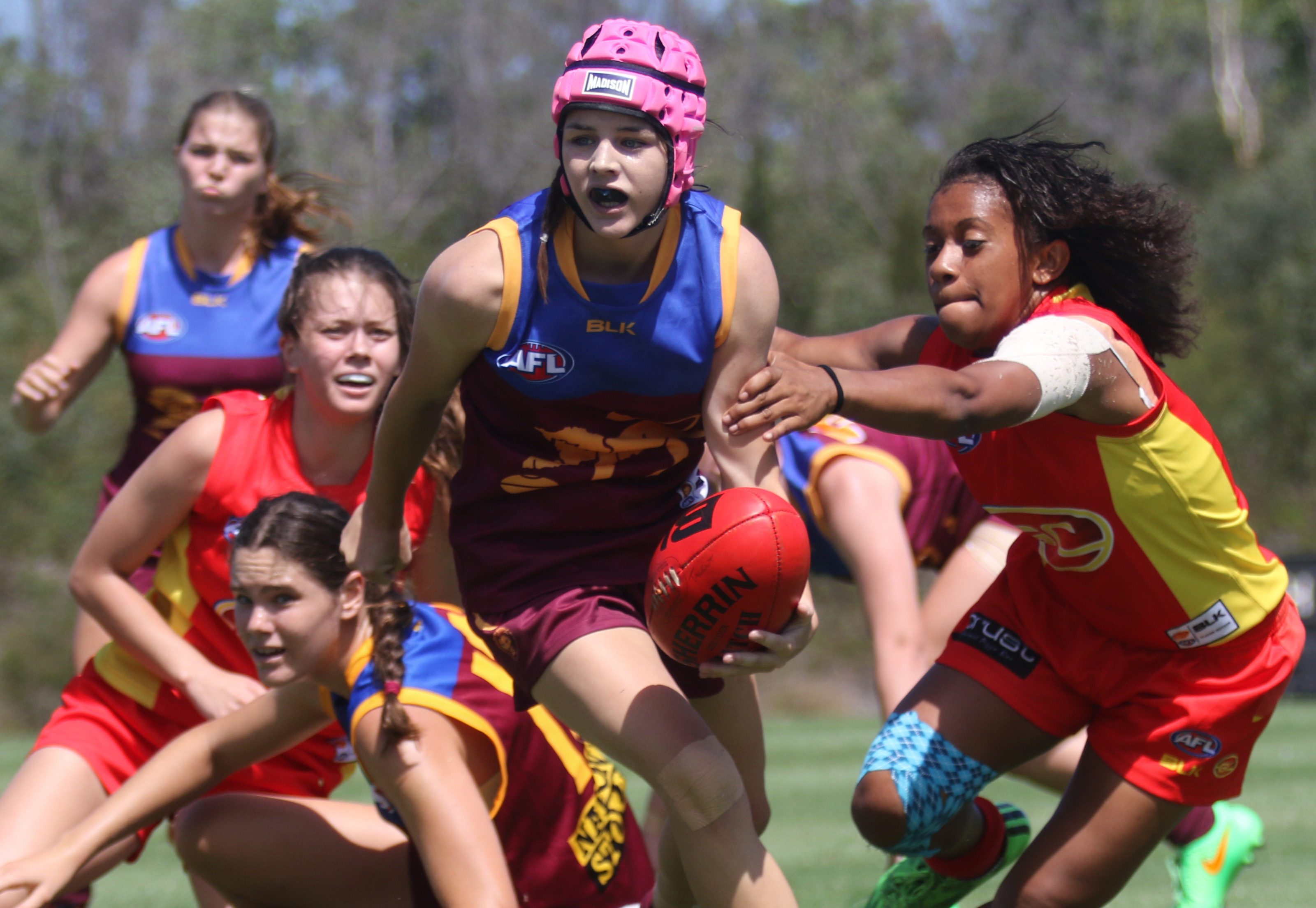 That led to the main event, the Brisbane Lions vs. Gold Coast SUNS NAB Challenge match.

Four Queenslanders – Ben Keays, Eric Hipwood, Matt Hammelmann and Reuben William – all made their AFL debuts for the Brisbane Lions, and certainly impressed.

After a slow start, a more experience SUNS outfit took control of the game after quarter time, led by stand in skipper Tom Lynch, who booted three goals.

The SUNS, who were 25-point winners, head to Perth to take on West Coast in their next game, while the Lions will travel to Mackay where they will meet St Kilda.

All in all, Burpengary put on a show yesterday, roll on Harrop Park.