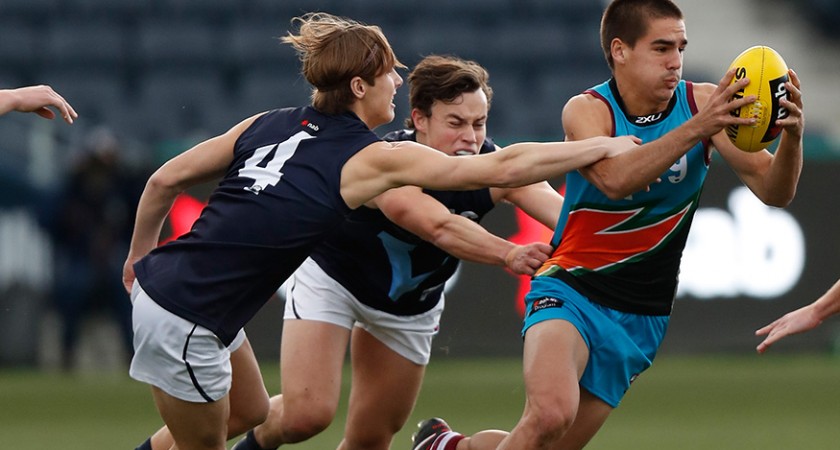 Ahead of the biggest QAFL game of the year, we take a look at some of the best Lion and Tiger cubs in the frame for selection.

Kenny will eventually move into the midfield, which says a lot about the highly talented young Labrador defender. He has the flexibility to play tall or small in the Labrador back line and has performed some important roles for the Tigers over the course of the season. In Labrador’s last match, the prelim final against Broadbeach, Kenny went to the dangerous Connor Nutting and may be given another big job in the grand final on the weekend.

Plenty has been said already about talented youngster Connor Budarick, one of the most promising players of his age in the state. Budarick loves to tackle and has the composure of a veteran already. Recently, Budarick has been used on the wing and as a link up player through the middle of the ground.

If Mullins doesn’t already have a nickname, it should be ‘Mighty Mouse’, which accurately describes the tenacious little Tiger. Mullins has been in and out of the senior side, playing a lot of colts this year but after a strong performance last week has no doubt given selectors a bit to think about. Mighty Mouse kicked three against Broadbeach and looked like he added some needed speed around the feet of the Labrador tall towers.

Portelli had an outstanding couple of games at state level in the under 17s this year, where he seemed to have the ball on a string. The young gun took to the QAFL easily, playing some great senior footy for the Tigers but like Mullins, has been in and out of the side. Portelli is tall and strong for a midfielder and knows how to find the footy; if he comes into the side, a big game from him could go a long way towards a Tigers win. 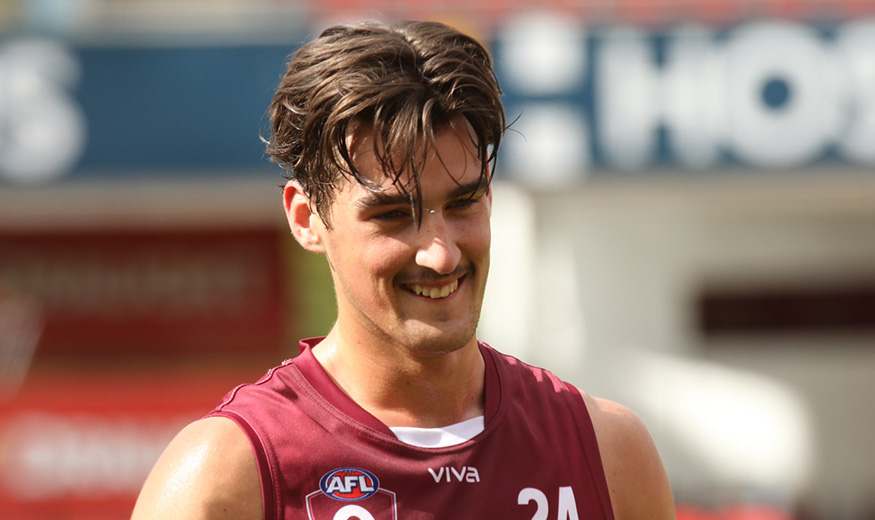 Smith can be really damaging across half forward for the Tigers, getting the footy on the outside and hitting up their big leading forwards. He also played his best QAFL footy for the season against Palm Beach Currumbin in round 11, so seems to like playing against the Lions.

Graham is an aggressive, one grab player who can really launch at the footy. He’s one of a few players at the Lions that can play multiple positions and be a ‘Mr. Fixit’ when the need arises. Graham also relishes doing the tough stuff, winning the hard ball and laying a big tackle. His ability to mark the footy around the ground gives him an edge in his one-on-one contests.

A player with serious wheels and a lightning sidestep, Heron is another Lion that’s strong over the footy. What makes him unique is his ability to both break the lines when he has the footy and shut-down runners when he doesn’t. In a big game with such a crucial midfield battle, Heron’s capability to chase down the player with the footy will be vital for the Lions.

Dawson is simply a contested ball beast. The talented Gold Coast SUNS Academy product has showed it again and again this year, if you put him in a contest, chances are he’s coming out with the footy. Dawson is another grunt player in the midfield and looks like he’ll be an important cog in the engine room for the Lions on the day. Tough as they come. 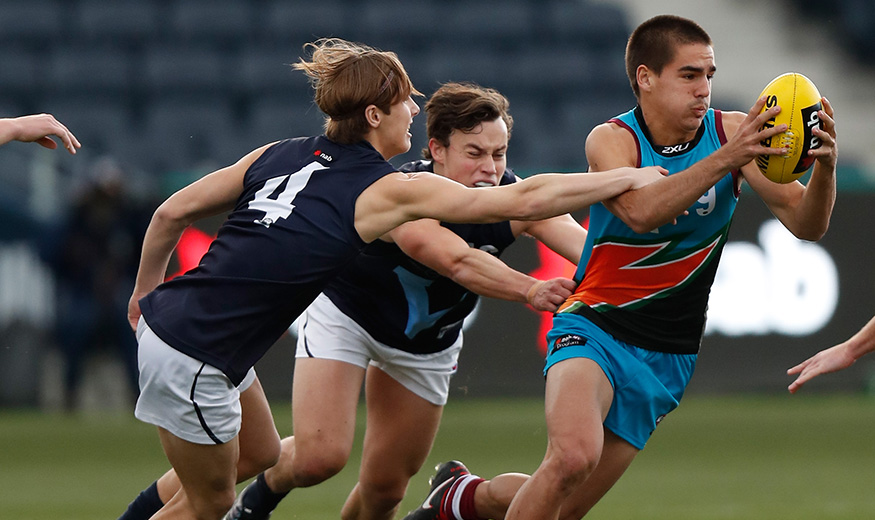 GEELONG, AUSTRALIA – JULY 05: Jacob Dawson of the Allies in action during the 2017 AFL Under 18 Championships match between Vic Metro and the Allies at Simonds Stadium on July 05, 2017 in Geelong, Australia. (Photo by Michael Willson/AFL Media)

It’ll be a hot footy early in the grand final and a player like Neuhaus that can use the footy well is worth his weight in gold. Neuhaus is also courageous and knows the right time to come off his man and influence the contest.

There was a moment in the semi final against Broadbeach that describes Burrows’ value perfectly. There was only a couple of minutes left in the game and Burrows got the footy from a free kick tight against the boundary line, near the point post. Not hesitating, Burrows ran around and snapped the goal showing incredible composure. Burrows also has fantastic leg speed and doesn’t mind taking them on either. He’ll be important on Saturday.