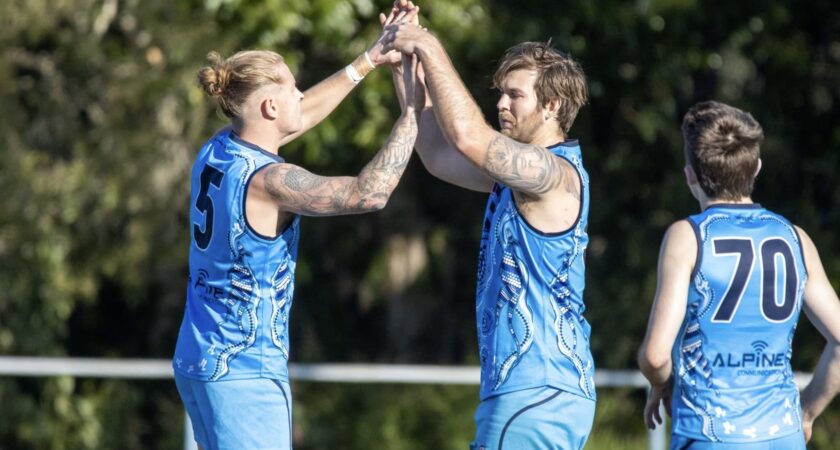 The Wynnum Vikings will make their long-awaited return to division one football when they become the eighth team in the QFA Division 1 Hart Sport Cup in 2022.

The Vikings previously tasted success in division one as back-to-back Premiers in 2008/2009 and enter the 2022 competition with their club membership at an all-time high.

Since 2017, there’s been a 52% increase in participants at the Bayside club.

Wynnum Vikings AFC President, Brenden Hodgkins, said the club had always had a clear desire to move back to division one and now the timing was right.

“A restructure in 2014 saw us drop back to Friday night football for one season, since then we have been rebuilding from within, always with the vision to regain our place in division one football,” he said.

“With our current facility redevelopment scheduled to begin and our youth coming through, now is the time for the club to step up and provide a senior pathway to hold our current junior and youth numbers which are expanding every season.”

“When AFL Queensland restructured the Southeast Queensland competition model in 2017, it centered on creating an aspirational pathway for clubs and their participants,” he said.

“Wynnum stepping up is testament to the journey the club has been on and is a great outcome for their participants and the division one competition.

“The elevation of the Vikings brings a Bayside presence to the Hart Sport Cup, which we previously didn’t have. The competition now spans across the Sunshine Coast, Brisbane’s North, South and the Bayside, as well as Logan, and we suspect it may grow further over the coming years.”

The AFL has released the fixture for the 2022 NAB League Girls talent pathway competition, which starts on Saturday 22 January. The future stars of women’s... [more]

The Toyota Good For Footy Gear Grant program is back for the third-season running, with 100 female football teams around the country to benefit from funding to... [more]

The Gold Coast SUNS will meet the Brisbane Lions in the first official NAB AFLW Practise Match ahead of the start of season 2022.  The game, which is open... [more]