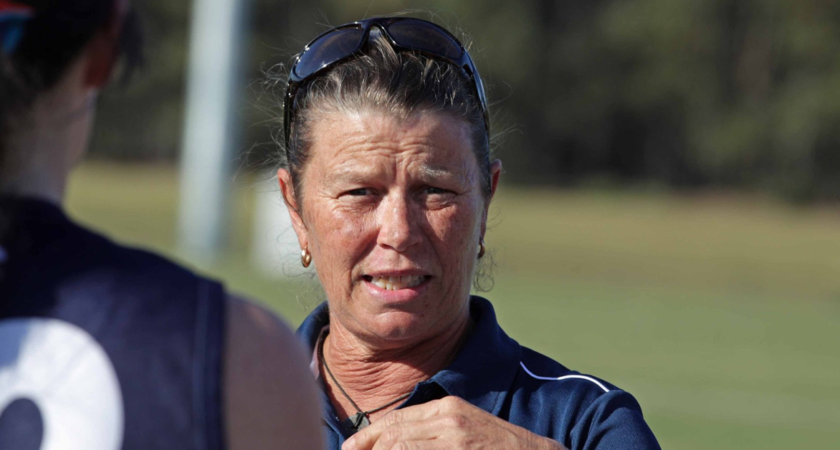 The Coolangatta Bluebirds have unveiled one of women’s football’s most revered figures as their head coach for the next two QAFLW seasons.

Nicole Graves, who boasts an extensive football resume spanning multiple states, will assume the Bluebirds’ top job for the 2020 and 2021 seasons as she hopes to inspire the next generation of pathway players.

She takes the reigns from former Bluebirds coach Matt Bedford at Eximm Oval, with the latter taking up a position with the Gold Coast SUNS as an Assistant Coach alongside David Lake.

For Graves, her appointment now provides her an opportunity to learn about the Queensland football landscape while developing the Bluebirds’ program.

“We’ve got a good mix of players from the top level right through to the 17-year-olds coming through the junior system,” Graves told aflq.com.au.

“I really wanted to coach at club level to get involved in what was going on within the Queensland system.

“I sort of see my strengths as a coach is as one that develops those pathway players so that they can reach their potential.”

Graves’ position as head coach of the Bluebirds is just the latest in a catalogue of accolades at the top of women’s football.

She was the General Manager of Women’s Football at the Carlton Football Club in the 2019 AFL Women’s seasons where she helped restructure their AFLW and VFLW footballing departments.

Elsewhere, she coached Swan Districts to back to back WAFLW premierships and also coached the Western Bulldogs in an AFL Women’s exhibition match, the women’s AFL International Rules team as well as glittered playing career with Darrebin in the VFLW.

Of course, Graves is already familiar with the Bluebirds having spent the five rounds of the 2019 Bond University QAFLW season with Bedford in the coaching department.

Initially, she joined forces with the side in what was just an initial meetup with past friends who were playing on the Gold Coast. Soon, she joined Bedford in the coaching ranks and her brief stay quickly became a six week role.

Graves’ appointment is unquestionably the biggest appointment of a reshuffled Coolangatta coaching panel that will include four female coaches in 2020.

The group includes Sally Carter, who has vast experience and knowledge of football in the Northern Rivers region. After relinquishing his head coaching role, Bedford will remain with the team as an Assistant Coach and will re-join the Bluebirds following the SUNS’ inaugural AFLW campaign.

A strong club in the female space, Coolangatta missed the finals in 2019 and in 2018, were a first-week exit.

But Graves is adamant the on-field results will come in time with her main focus being establishing the link between the senior and youth ranks while upskilling the senior players.

“We have to make sure that we are sustainable, part of my role with the club is managing the female football side of it in terms of where the club is going,” Graves said.

“The priority in the initial year at the club is to make sure all of the connections [with the youth girls] while also getting some football IQ into the senior side.

“The rest genuinely looks after itself after you set those good pathways. The most exciting thing is to see those younger players coming through.”

Coolangatta Tweed are one of three QAFLW teams looking for a new coach in 2020. They will commence preseason training on November 13.