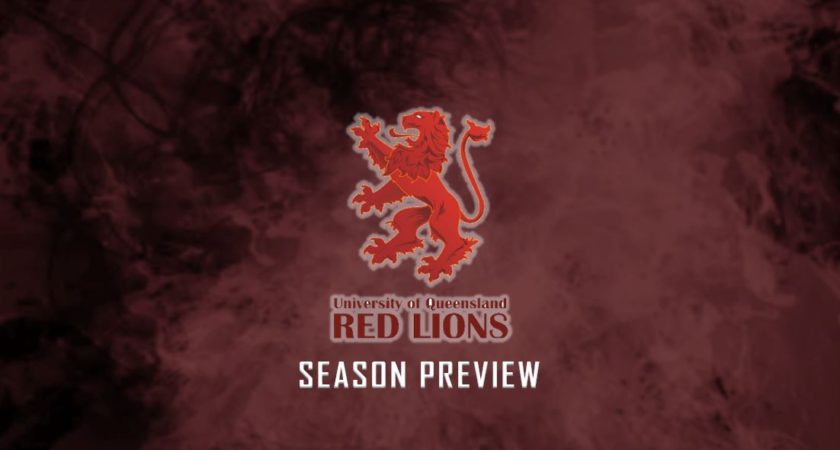 Whitehorn replaced former Red Lions coach Phil Lovett, who has since joined the AFL Queensland Under 18 Female Academy as an assistant coach, having spent the past handful of years coaching Moreton Bay in the QFA Division 3 competition.

He joins the team in what appears to be a promising stretch for the club.

Having missed the finals in 2017, University of Queensland came within one game of the QAFLW decider last year but bowed out against Coorparoo in the preliminary final.

But Whitehorn is optimistic this time around and is hopeful many within the team’s ranks can continue to lift ahead of their season opener against reigning premiers Wilston Grange this weekend.

“Probably our football director Marnie (McGorm). I look at her and think she’s probably someone who could improve significantly,” Whitehorn told aflq.com.au.

“With a little more support club-wise and more direct coaching, I think she’s got a fair bit of talent.”

Whitehorn also pinpointed onballer Maria Maloney and spiritual leader Grace Brennan as those who could take the next step in 2019.

“For me, from what I’ve seen so far, she is a very, very good footballer,” Whitehorn said of Maloney.

“Hopefully we can get her playing a bit of senior football this year and gain some attention. She could go another step up if she was given the opportunity.”

The Red Lions’ middle tier is complimented by a contingent of Brisbane Lions AFL Women’s players who will return to state league duties over the coming weeks.

2018 QAFLW Rising Star winner Nat Grider, Megan Hunt, Ruby Blair and Kate McCarthy have all resigned with University of Queensland for the 2019 season.

That list however, doesn’t include Sabrina Frederick-Traub, who will leave the Red Lions to move to Victoria in a bid to be closer to her partner’s family.

Frederick-Traub departs the QAFLW after 26 goals in 14 games for Yeronga and UQ over the past two seasons.

Among the other losses to the side are Sophie Eyres (Aspley), Jess Maher (Bond University) and Rachel Anstey (Yeronga).

Having joined the new group over the summer, Whitehorn has used the preseason to build relationships with team – a task he says has reignited his passion for coaching.

“Having to switch from coaching men to women has been a bit unknown for me at the start but I can genuinely say it has reinvigorated my enjoyment of coaching and of football,” he said.

“Just getting familiar with each other and their skill set [has been the focus].

“For me that’s sort of a foundation, once you’re familiar with each other and then you can start to put together game style and structure and all of those more complex bits of football.”

The Red Lions made the trip to Tallebudgera creek for their preseason camp but enter the season, like most clubs, with minimal hardened match practice under their belts after rain halted a slate of preseason fixtures.

But Whitehorn is still adamant his side have what it takes to improve in 2019 but admitted it may take until the first month of the season to really find their footing in the QAFLW pecking order.

“I won’t set any expectations until sort of around halfway, had a good look at opposition and whether or not our girls can maintain structure and game style.

“Then you can start to set some expectations. I think they’re very capable, so I don’t really want to put a lid on them for anything, I guess.”