Brisbane goal umpire Terry Carter has seen quite a bit in his time officiating, from the pulsing coastline of Geelong in Victoria, to the red dust of Alice Springs and the North-Eastern humidity only Queensland can afford.

Once, at a game in the Northern Territory, an umpiring teammate of Terry’s who was also a policeman, waited till the match was over to arrest one of the players, who happened to have a warrant out.

“One final we had a pelican land in the middle of the bloody field, and all the players just stopped,” said Carter.

“We had to get the emergency umpire run out to grab the pelican, Bill was his name, we called him Pelican Bill.

Initially a ruck rover for the Geelong Armatures, in 1989 Terry finished up a 20 year playing career and got involved in umpiring. Luckily for the umpiring community, a friend convinced Carter to give it a go and he was soon umpiring in the Geelong Football League.

The 62-year-old quality manager, and Geelong Cats supporter, umpired the majority of his 499 games as a field umpire, only recently moving behind the goals.

For Terry, it’s just about being involved in footy.

“It’s still involvement in the game, and I’ve sort of being doing it for that long, you miss it,” said Carter.

“I’d like to be able to run, but five years ago when I travelled to England I got Deep Vein Thrombosis, and I ended up with a blood clot in my left leg.

“So I dropped back into the goals.” 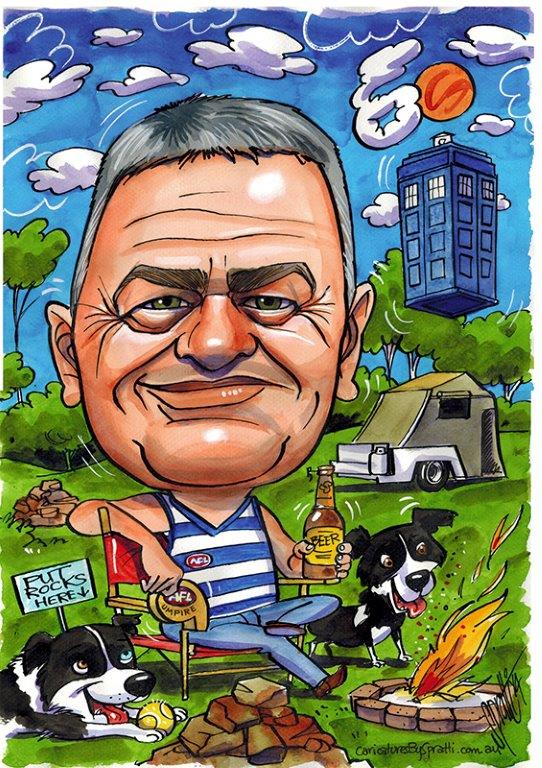 Standing behind the goal posts has given Carter a new appreciation for goal umpires.

“You learn a lot as a goal umpire,” said Carter.

“Once you get into it, you just learn a lot of different things. At your end of the field anyway, you can see what’s going on. A lot of what’s happening behind play and so on.”

Terry was the umpire coach and manager for AFL Capricornia, as well as AFL Central Australia, so he’s spent his fair share of time giving back to the game. He also coached current AFL umpire Ben Ryan.

It will be a fitting 500th for Terry on the weekend, given 600 gamer Darran Ogle will be waving the flags up the other end, another Geelong export. They’ve kept in touch over the years, even though they’ve both moved all over the country.

“We’ve probably done a fair few of those games together,” said Carter.

With any luck there won’t be any mischievous wildlife on the field to disrupt the occasion this Saturday, when Griffith Moorooka take on Redcliffe in QFA division three.