Caloundra’s win over Aspley in the QFA North on Saturday means that the top four is now a lock. With two weeks to go, both Aspley and Moreton bay aren’t a mathematical chance to sneak in, but that doesn’t mean the order is set. While Maroochydore are in the box seat to take top spot, they can drop to second, second place Mayne can drop to fourth, and Caloundra can sneak into second. It’s still very much up in the air.

Trent McIntyre has two weeks to find 11 goals. His 16-goal haul on the weekend for the Southeast Suns brought his season tally to 89. That’s agonisingly close to cracking the tonne, but there is still a bit of work to be done.

He isn’t the only one who is still in the mix to kick 100 though. George Fitzgibbon from Kedron is snapping at his heals on 84. Watch this space…

It’s been on the horizon for a while, but we have finally arrived. Welcome to the business end. This weekend, South East Queensland community finals kicks off with the QAFA B Central and the QAFA Sunshine Coast. Strap yourselves in, we have got a hell of a seven weeks coming up.

There’s been a lot written about our bigger name Under 18 players like Bowes and Scheer this year, but Nick Kempe could be peaking at the right time. Playing in the SUNS NEAFL team on Sunday, Kempe kicked 4.1 from his 13 disposals, with three marks to go with it. Getting busy at the business end.

When Archie Smith ran out for the Brisbane Lions on Saturday, it meant that all eight Brisbane Lions Academy Graduates on the Lions list have played an AFL game this year. The good news didn’t stop there though. In the Lions NEAFL game, they had 15 Under 18 Acacemy players out on the deck, with six of those Under 17 players. Talk about an Academy affair! 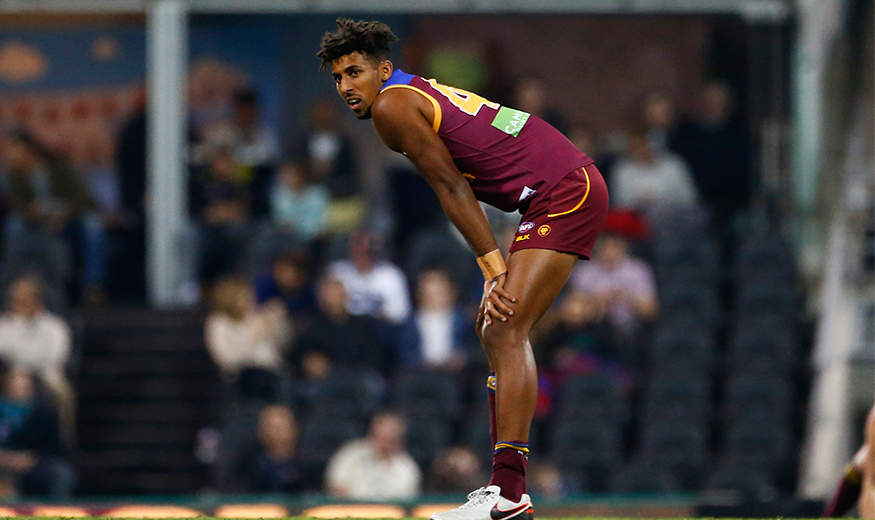 Last week, the School Sport Australia Nationals was held at Maroochydore, with 15-year-old boys, girls and 12-year-old boys state representative teams competing from around the country. Our under 15 girls cleaned up! As a team, they they took out the bronze medal, and individually, we had five players named in the All-Australian team. Dee Heslop (GC Sunsets), Belle Dawes (SC Storm), Tarni White (BS Vixens), Lily Postlethwaite (BN Brumbies), and Serene Watson (GC Sunsets) all received the honours after a stellar week. The good news didn’t stop there though, with Tarni White finishing first in the player of the championships vote, and Belle Dawes finishing third. What a week!

It’s no secret that Queensland footy has some amazing volunteers; in fact, we think they are the best in the country. That’s exactly why the Community Football Volunteer Awards email inbox is chockablock right now, with nearly 300 nominations for the Volunteer of the Year Award. Talk about a star-studded field, everyone is very deserving of being nominated. Now we wait and see who takes the awards out.

Are you quick enough for the AFL Grand Final sprint?

Could you imagine being on the hallowed turf of the MCG on Grand Final day? Well you might be able to. This year’s half time sprint is now open to the fastest community and state league players in the country. There isn’t a heat in Queensland, but if you can get yourself to Melbourne, Sydney or Adelaide, and you pack your running shoes, you could be standing on the ground with 100,000 people watching on. More info HERE.

Are you faster than an AFL player?
Quick thinking trainer prevents heart attack