The NAB AFL Draft Combine is underway and Queensland’s best and brightest stopped to have a chat about how it’s all going.

It’s an exciting week for all of the prospects attending the combine and ‘Goober’ Crossley is no exception. It’s been a long year for the impressive ruck prospect from the Gold Coast SUNS Academy, so he can hardly believe he’s finally at the pointy end with the draft not too far away.

“It’s kind of surreal, because you think about it at the start of November (2016), and you just think that’s a long way away,” said Crossley.

“It is weird to think, it’s gone so quickly.”

After an impressive academy series, along with some strong performances for the Allies at the NAB AFL U18 National Championships and for the SUNS in the NEAFL, Crossley has become one of the most promising AFL prospects in Queensland.

“It was just good to play a majority of the Allies games and have a decent showing in that I guess,” said Crossley.

“It’s always good playing in the NEAFL as well.

“It’s just an unreal experience, there’s nothing like playing in that comp either.”

“It was pretty interesting, we got to go head to head with some of the kids that were in the same group as you, so that was pretty cool,” said Crossley.

“You just have to press a button when a light comes up, which sounds pretty easy but it’s a lot harder than it sounds because you have to do it pretty quickly.” 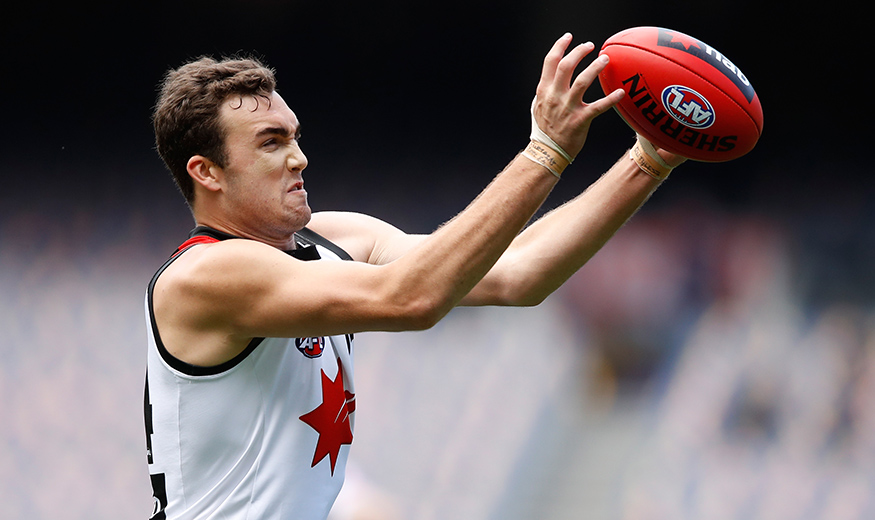 MELBOURNE, AUSTRALIA – SEPTEMBER 30: Brayden Crossley in action during the NAB Under 18s All Stars match between Team Enright and Team Harvey at the Melbourne Cricket Ground on September 30, 2017 in Melbourne, Australia. (Photo by Adam Trafford/AFL Media)

Sunny Coast product Jack Payne has worked on his craft all year as a key defender that can lock down or be creative when needed.

“During the academy series Josh Hunt (coach) was pretty focused on everyone playing their role, then when the opportunity comes, to come up the ground and get involved in the play, so that was my focus for the year,” said Payne.

There’s been plenty of help from his Mum, Dad and Nan along the way, particularly with the commute from the Sunshine Coast into Brisbane.

“Mum and Dad have obviously been big supporters,” he said.

“They travel down with me for training and they give up their time to help me out.”

Looking back on his season the tough defender rates the NEAFL grand final as one of the highlights of the year.

“That was pretty unreal,” said Payne.

“There was three or four points in it and the last ten minutes were just hectic.”

Payne is eager to put his best foot forward at the combine to hopefully get drafted by an AFL club.

“It’s exciting for sure, draft night is only a bit over a month away now,” said Payne.

“You don’t really know what’s going to happen on the night.

“You’ve just got to test well down here and hope for the best.”

Ballenden has been tried in seemingly every position for a key tall this year, from defense and up forward, to in the ruck. It could be easy to view the shifting and changing as an obstacle, but for the exciting Lions Academy prospect, it’s been another opportunity to learn and develop.

“I think a lot of it has just been a learning experience this year, playing in new roles and things that I haven’t been used to but I’ve really enjoyed it,” said Ballenden.

“I look forward to hopefully doing that at AFL level as well.”

It’s been a long time waiting for Ballenden, who has been a highly rated prospect since his bottom age year last year.

“I’m just really looking forward to the week itself, it’ll be an awesome experience,” he said.

“I only get to do this once, before the draft and yeah, I’ve been looking forward to it for a long time now.”

While there has been some debate about where Ballenden plays his best footy, according to Connor it’s as a key forward, but like he says, the days of one position players are over.

“I still see myself as a key forward, but I don’t believe in this day and age that you can be a one position player anymore,” he said.

“Being able to play everywhere around the ground just adds, more assets and more strings to your bow.”

Once the testing is out of the way, the final wait before the draft will begin and AFL prospects all over the country will be crossing their fingers, Ballenden among them.

“After this week really, I’ve done everything I can so it’s out of my hands, it’s just sort of a bit of a waiting game to see what happens.”

GEELONG, AUSTRALIA – JULY 05: Connor Ballenden of the Allies in action during the 2017 AFL Under 18 Championships match between Vic Metro and the Allies at Simonds Stadium on July 05, 2017 in Geelong, Australia. (Photo by Adam Trafford/AFL Media)