THUNDER STAR ON THE RISE 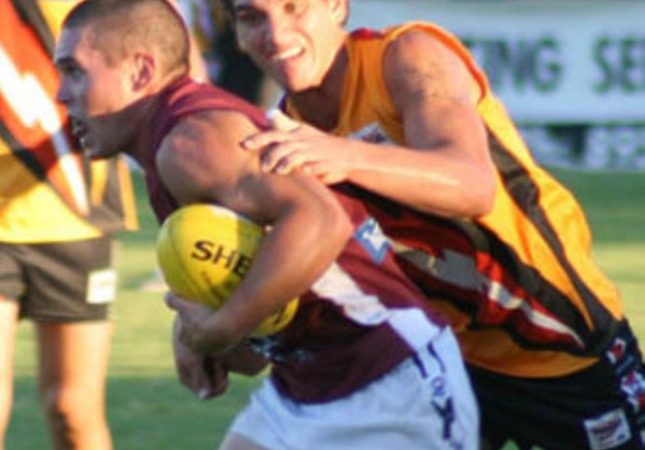 Brilliant NT Thunder midfielder Cameron Ilett was the big mover in the Syd Guildford Trophy count in Round 7.

Brilliant NT Thunder midfielder Cameron Ilett was the big mover in the Syd Guildford Trophy count in Round 7.

The finely-skilled Ilett stormed into third place on the back of four votes for his whole-hearted effort in the loss to Mt Gravatt in Alice Springs last Saturday.

Ilett’s brother and Thunder skipper Jarred was the highest placed NT player in the Guildford Trophy in the club’s inaugural season in the QAFL last year.

Jarred Ilett was second going into the last month of the season but did not poll another vote as he was hamstrung by injury. He has polled six votes in 2010.

Broadbeach co-captain Dayne Zorko received one-vote for his lively effort against the Western Magpies, keeping him in second place on what is becoming a crowded leaderboard.

Zorko and Clarke have polled votes in the most games – four – alongside Lions ruckman Broc McCauley, who sits just outside the top eight.

McCauley is yet to attract a best-on-ground five-vote, gaining two votes for his big-hearted display in a losing side to his old club Southport last weekend.