The phone call that pushed Watson to the Draft 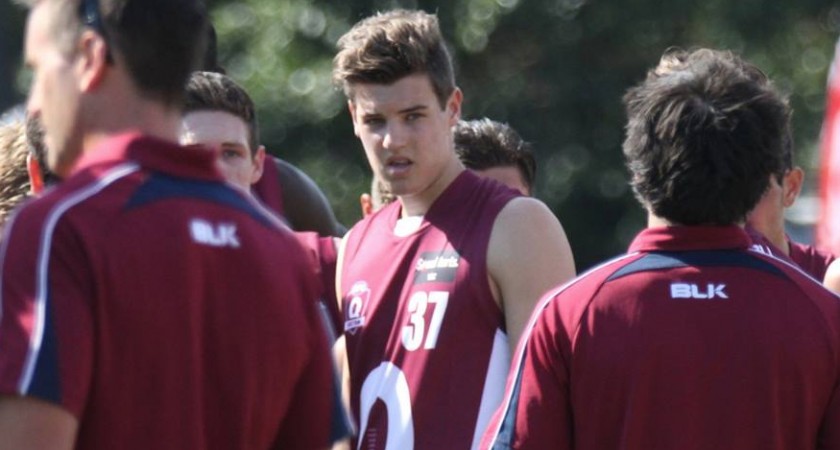 A simple phone call from Queensland Academy and High Performance Coach Adrian Fletcher might turn out to be the career defining moment in the story of Declan Watson.

In just over 24 hours time, Watson is hoping to have his name read out at the NAB AFL Draft, but if it wasn’t for a gentle nudge from Fletcher two years ago, how he spends tomorrow night might have been very different.

“When I was choosing between going hard at footy or focusing on year 12, Fletch gave me a call and told me to come down and train with the under 18 boys,” Watson said.

“From then on we had a couple of chats about it, and he said that if I have a good crack at this there could be something at the end.”

Now I’m not saying without the phone call Watson wouldn’t be here, he is too talented for that, but who knows how serious 2016 would have been for him.

The Declan Watson we know today is an athletic defender who reads the ball superbly in flight. He wins his own footy, can out-mark most, and changes the tempo of a game off his own boot.

So now, are we about to get to know Declan Watson the AFL footballer?

Let’s take it back. Watson’s Queensland footy story is a lot more traditional than some of the other draft crop this year.

Born and bred on the north side of Brisbane, Watson first began playing footy at Redcliffe in the Under 9’s.

He moved to Aspley in the Under 12’s, where he would spend the rest of his junior footy.

He was a regular in Queensland representative teams, and was quickly snapped up by the Brisbane Lions Academy.

That takes us back to the phone call.

As a bottom age player in the Queensland Under 18 team in 2015, Watson made waves.  He was one of the first picked every week.

“Last year was great. Being in that environment where it was a good culture, and everyone had the same mindset. It’s a winning attitude, and a bit of white line fever.  Seeing those boys get drafted and how well they are doing on lists was great for all of us,” he said. 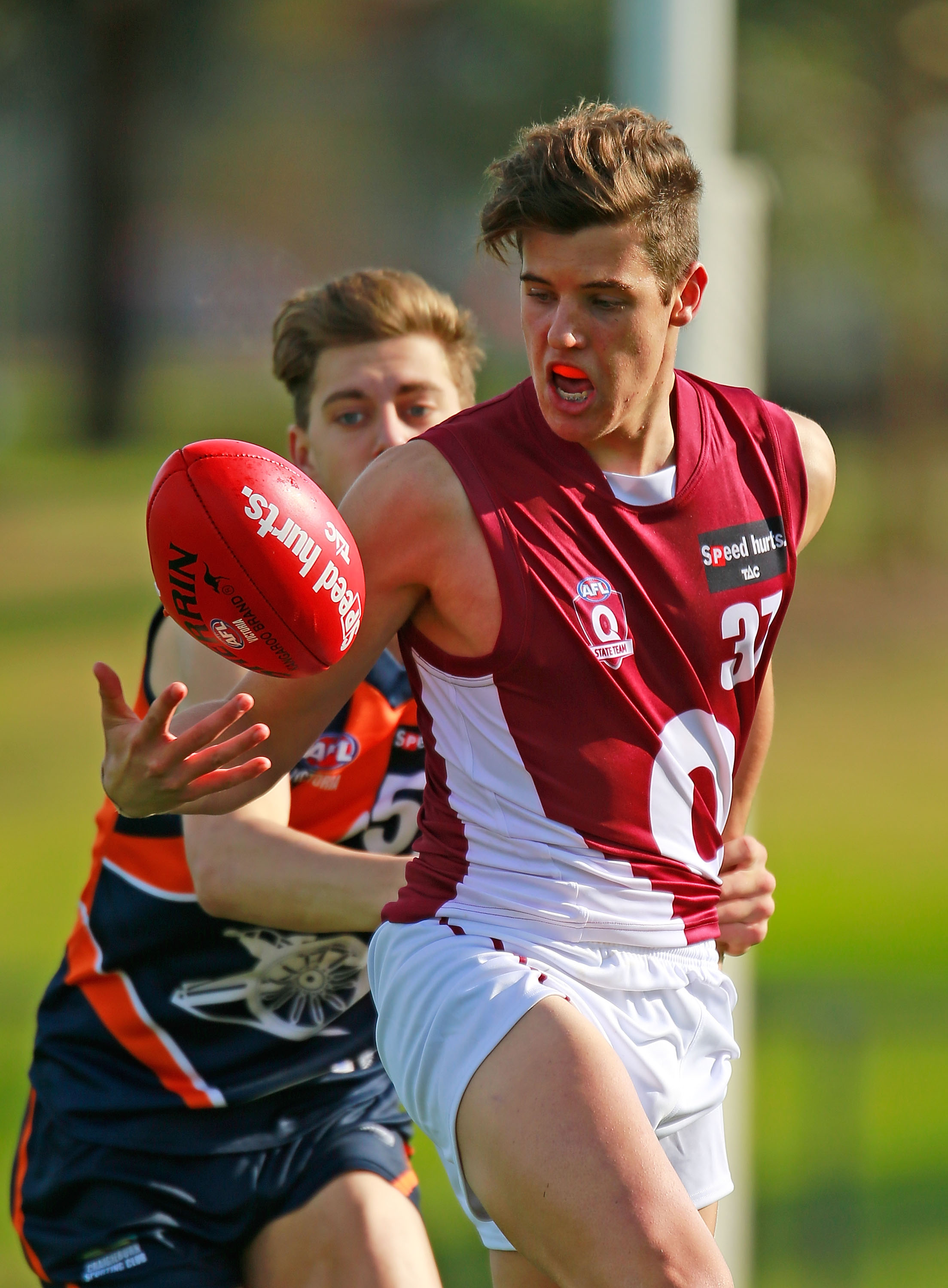 “I thought it was an alright year. I tried to keep everything on the low, take it a week at a time, not focus too much on the end of the year, but just the job in front of me,” Watson said.

“I aimed to make the Allies side at the start of the year and play a couple of solid Lions NEAFL games as well. I wanted to get the Queensland boys to experience that success we had last year, so they could see how good it was to have that.”

This year, Watson was the most influential defender in the Division 2 Championships. Whether it was possessions, marks, or just opening the game up by foot, he was elite.

That’s not something that happened by accident.

“The Brisbane Lions Academy has really helped the defensive element of my game, which we did a lot of work on pre-season. It’s definitely been a massive part of my development,” Watson said.

“I started off playing down back in the Under 16’s and I had a punch first mentality back then, but as you play on the better plays and get more experienced, you learn that there is times you can mark and times you can spoil.

“If the mark is there to be taken, you take it.”

He says the two biggest influences on his career are two people who have been entrenched in Queensland footy a long time. His father played at Mayne, while his grandfather played at Sandgate.

“Definitely my dad and my pop have been huge for me. They are always there for me, whether it’s about footy or about life. They have been a big help right throughout my career,” he said.

So now, like a kid before Christmas, he joins over 1000 other hopefully draftees as he waits to see what tomorrow brings.

“It’s definitely been in the back of my mind as to how I would play it out, but I’ve tried to put it all on hold until Friday night if it happens. For now, I’m just trying to take it pretty easy,” Watson said.

“It would mean everything. The past couple of years, working as hard as I have, it’s always been in the back of my mind, so to have that opportunity would be great.”

Williams hoping his moves pay off at the Draft
DRAFT DAY: The Queensland Academy Contenders