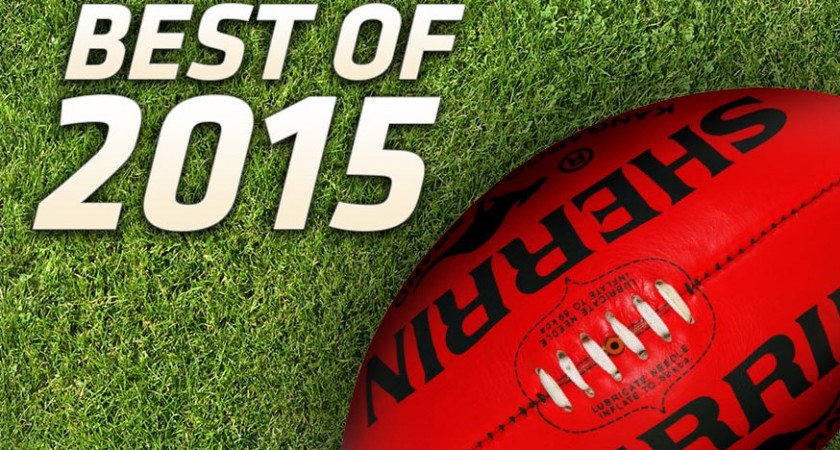 With 2015 winding to a close, the AFL Queensland media team have looked back on some of the best, and most lighthearted moments of the year that was.

Check them out below.

This one was a late nomination, but it’s pure gold.

When speaking about his toughest coaching gig, current Gold Coast Under 16 coach, David Ashkar said this.

“My hardest coaching gig was Under 8’s. One kid kicked me in the balls one night at training, and I thought, I better get out of this one alive.”

There is a fair bit of good ink floating around, but we think Nick Stockdale’s right arm work is hard to ignore

This was a non-contest; Aaron Richardson took this out by the length of the straight (and the length of his beard). Sorry Steve Brittain, you’ve been replaced.

The story of the year

For the first time ever, there is a female president of a state-league club in Queensland, thanks to Brie Weatherstone taking over at the helm of Wilston Grange Gorillas. It’s a great story, and another step in the right direction for football.

Most players dream of winning a senior flag, which makes winning three in a row – like the Coorparoo women’s team have done – an extraordinary achievement. Back-to-back-to-back has a nice ring to it, doesn’t it? 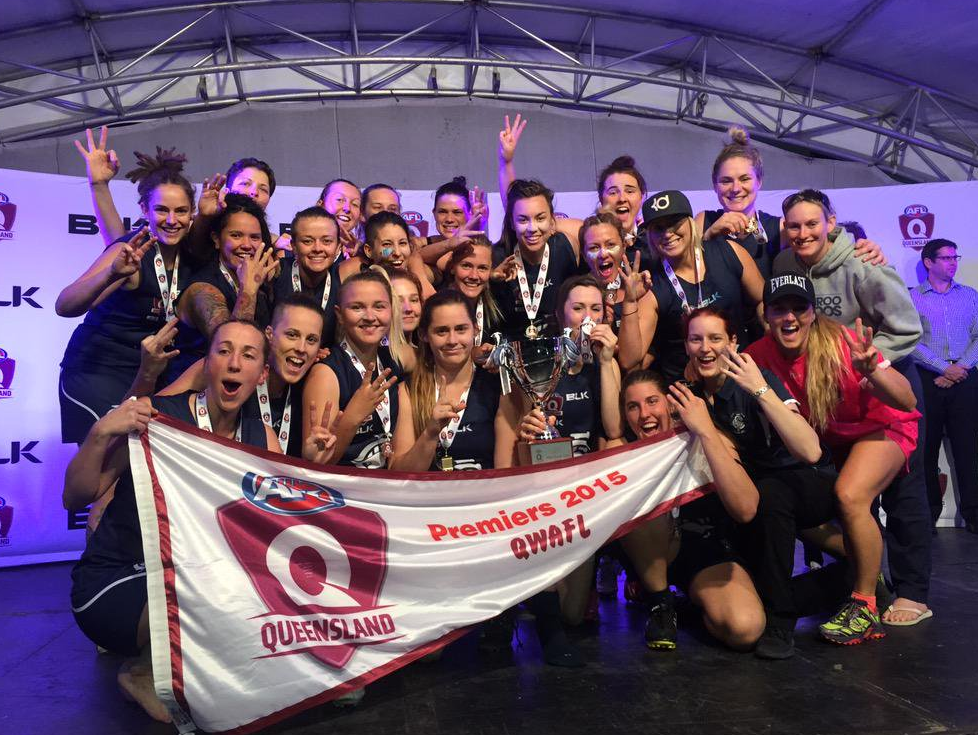 It’s no secret we love a bright pair of wheels here at AFL Queensland HQ, and 2015 gave us more than a couple of pairs that made us squint. One pair in particular though, you needed sunnies to look at.  Check out Matthew Lappin’s kicks… lucky he can kick a footy pretty well.

P.S. have a look at the cheeky fist pump by the Tigers supporter in the background. 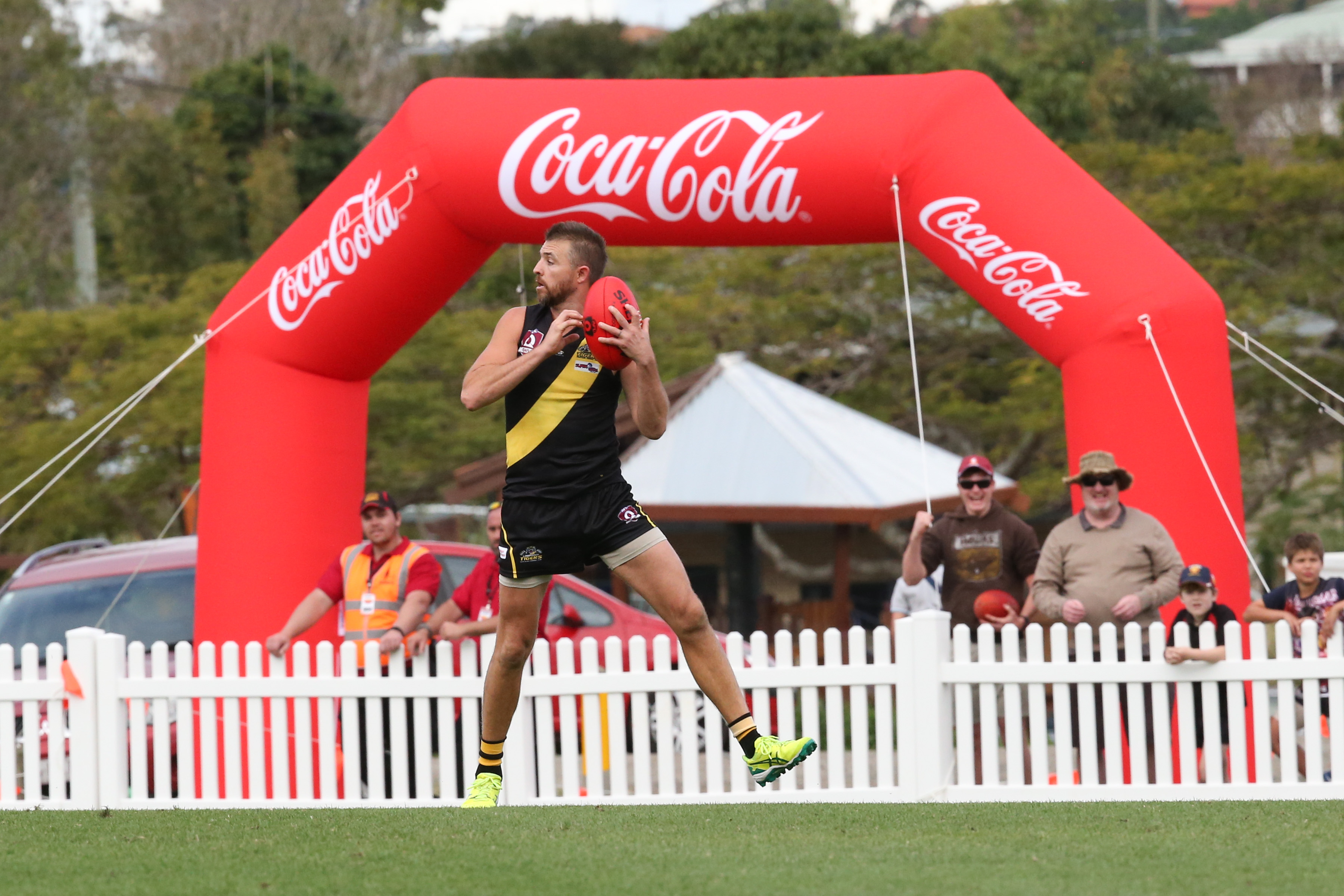 It’s impossible to go past Josh Woolley’s hanger against Mt Gravatt this year; he nearly touched the clouds

Best photo of the year

Sometimes photos don’t need explaining, they say it all. 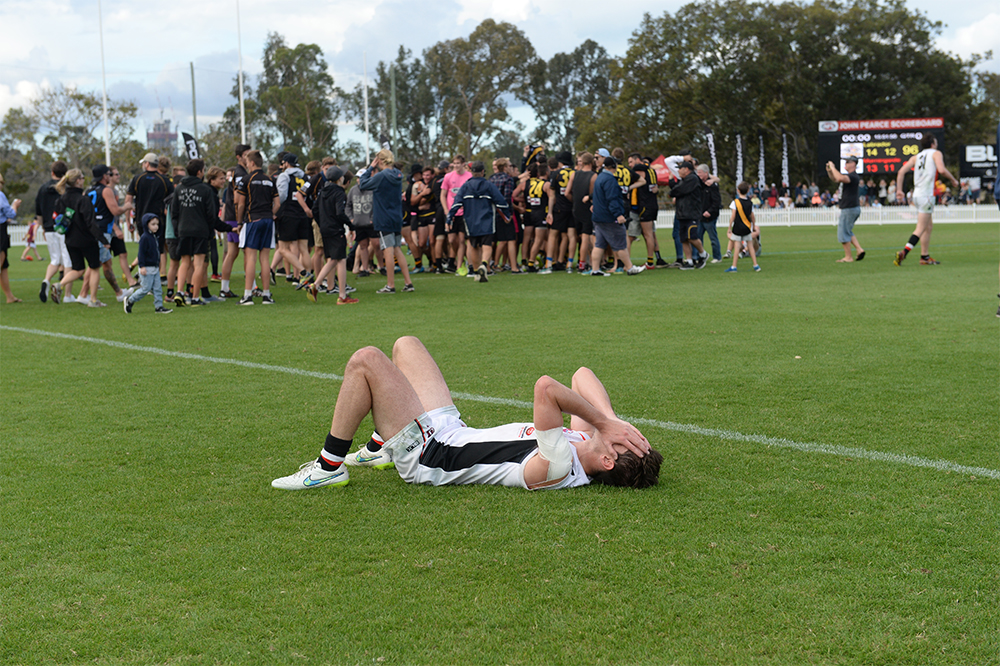 It’s hard to go past two national championships in the space of a week, isn’t it? 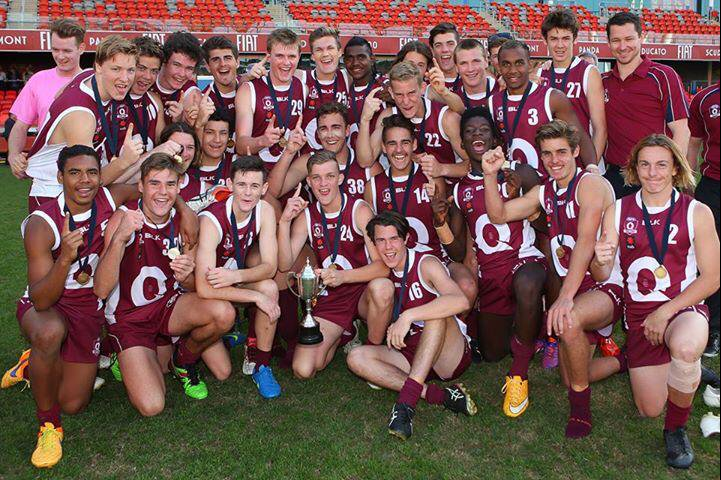 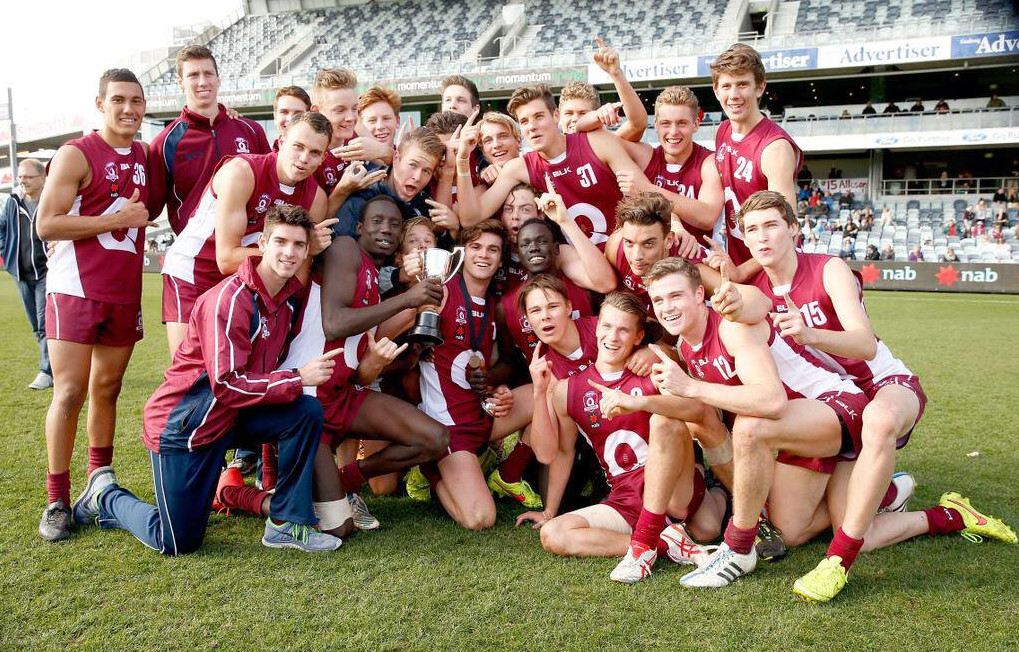 Creepiest photo of the year 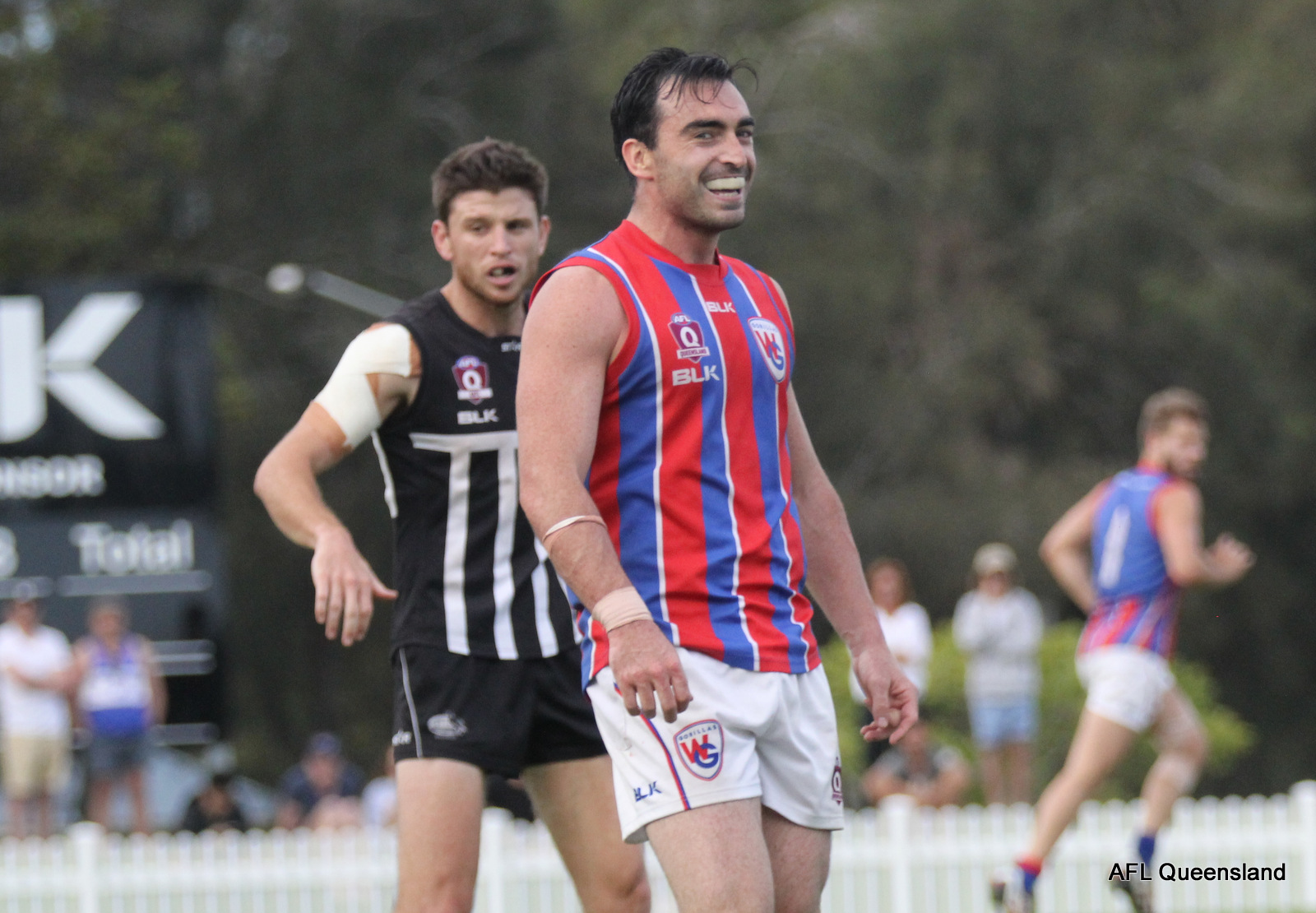 Dyson Budarick had a fantastic year for Queensland, the SUNS NEAFL team, and Labrador in the QAFL finals series, but there is probably one moment he wants back. Up against Tasmania at the NAB AFL National Championships, Budarick won the ball at the ruckman’s feet as cleanly as you would like, broke a couple of tackles, left a few opposition plays in his wake, anddddd kicked it the wrong way.

We must also give a special shout out to the man bun, or ‘mun’ as it is affectionately known. There’s been good and bad muns each week, but they have all been unique. 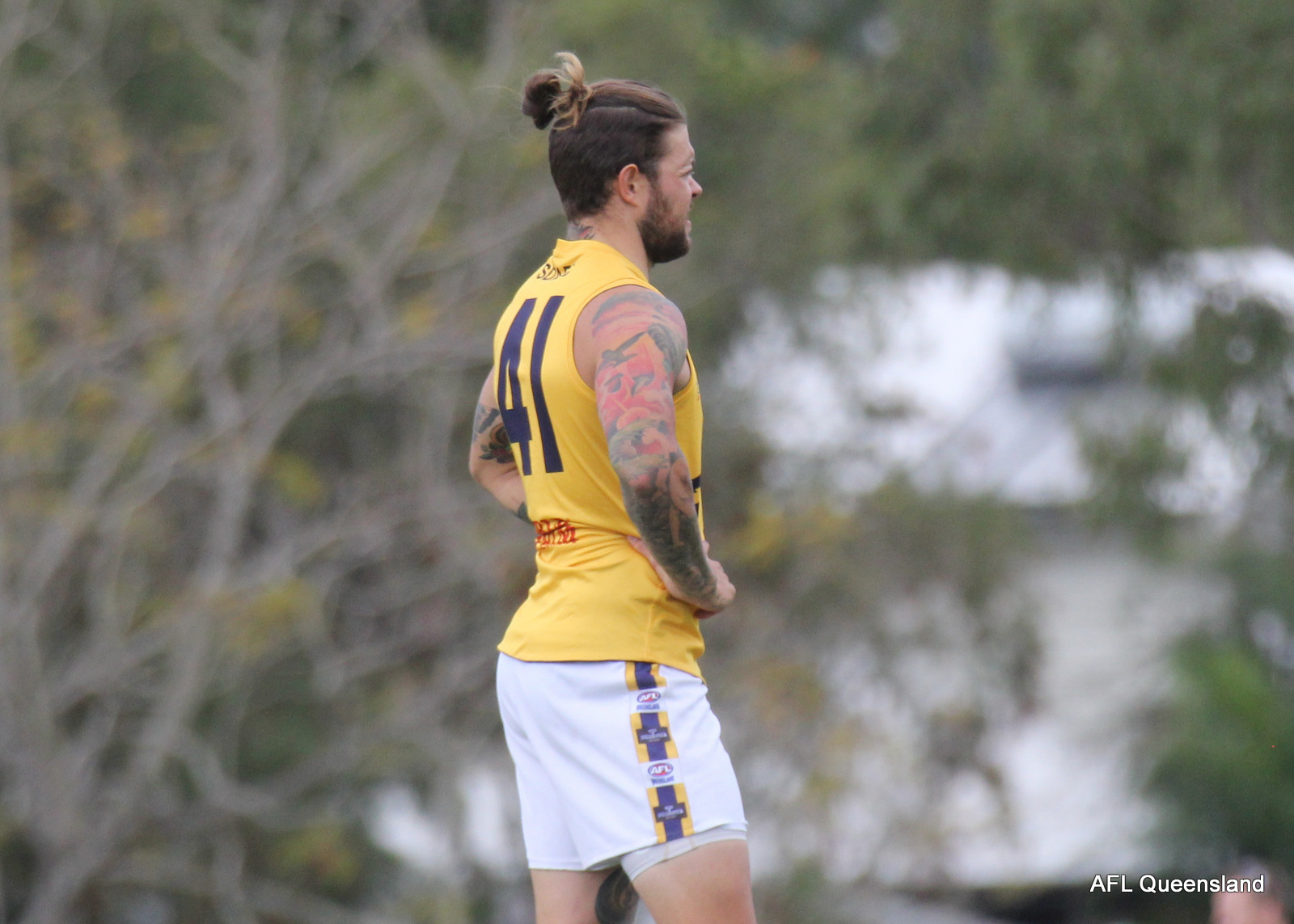