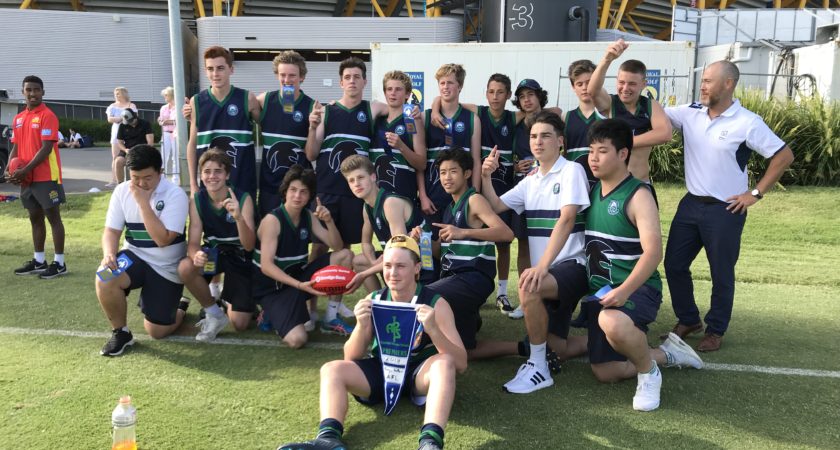 Somerset College have capped off a remarkable day on the Gold Coast after the side dominated APS Grand Final day at Metricon Stadium.

Across the day’s slate of four games, the Spartans claimed top honours in all three title bouts they qualified in; posting a 100%-win record on the day.

It was only in the Senior Boys division were Somerset were unable to taste the ultimate success – an honour reserved for Emmanuel College who won out in a thriller in the day’s final game against Coomera Anglican College.

Over 800 people witness the event, the first time the Grand Finals had been hosted at the home of the Gold Coast SUNS, with the Spartans and Emmanuel kicking proceedings off in the Intermediate Girls Grand Final.

Less than a goal separated the two sides for much on the contest before Somerset booted two majors in the final term to seal the 3.4 (22) to 0.1 (1) victory in the Intermediate Girls division.

The Spartans continued their dominance in the day’s second game and produced a masterclass against Coomera Anglican College to claim victory in the Senior Girls division by 33-points.

In the Intermediate Boys Grand Final, All Saints Anglican School proved the hardest matchup for Somerset and got the early lead in a tense affair.

But the Spartans overcame a half-time deficit to boot two second-half majors to none to seal the three-peat for the school.

Emmanuel College proved too good in the Senior Boys Grand Final, which included a handful of Gold Coast SUNS Academy players, against Coomera Anglican College to round out the day.

The win represented the first title for Emmanuel College since 2016.

AFL Queensland Coaching Talent & Engagement Development Coordinator – Gold Coast, Tim Searl, who was instrumental in organising and coordinating the event, congratulated all teams for their participation.

“It’s fantastic to see all of the kids come out and play footy at the Gold Coast’s home of football and for the parents and schools to come out and support the program.”

It’s a great platform for us to grow this competition and hopefully identify some talent for play for the Gold Coast SUNS in the future.”

The APS competition is based in the Gold Coast and it the region’s biggest school sporting competition. Australian rules football is played in terms three and four so not to clash with school rugby programs.

In total, eight schools compete in the APS program which has produced players such as Kurt and Joel Tippett who were drafted to the AFL. 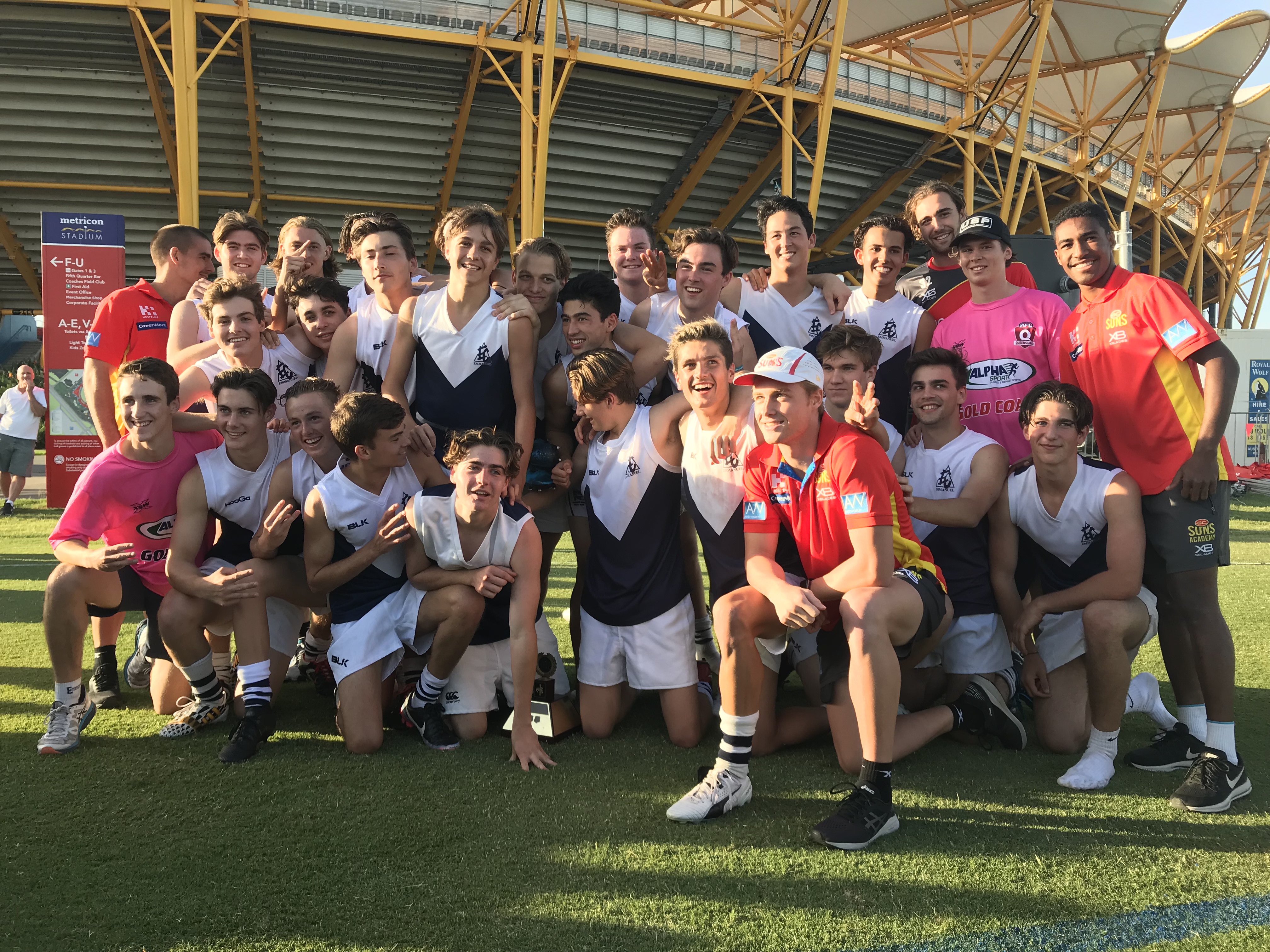